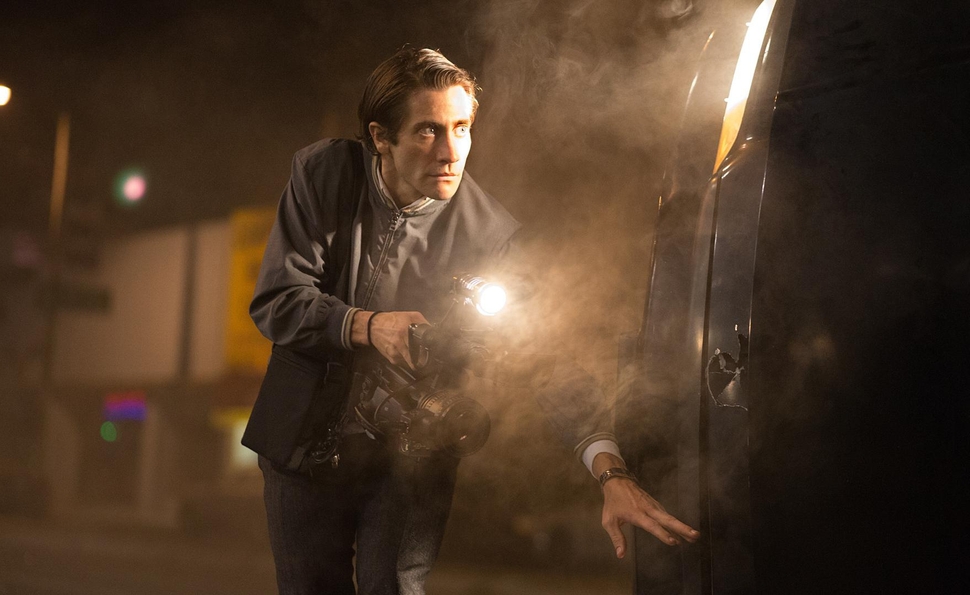 Day 2: The Tale Of Two Festivals

The opening-night film of this year’s Toronto International Film Festival was The Judge, a star-driven legal/domestic melodrama about a callous Chicago defense attorney (played by Robert Downey, Jr.), who returns to his small Indiana hometown to defend his estranged father (Robert Duvall) on a murder charge. I can imagine a reality where a movie like The Judge would be a big deal. Here we have Oscar-caliber actors, in a prestige picture with a hooky premise, kicking off a major international film festival. But in this reality, the pans and puns started flying on Twitter about five minutes after the press screening of The Judge. (Here was mine: “Move to strike.”) The reasons for The Judge’s rough treatment says a lot about the kind of festival TIFF is, and the different reasons why people come here.

The Judge isn’t actually that terrible. It’s contrived and hacky, with too many side characters and subplots, and an implausible courtroom scenario that leads to father and son hashing out decades worth of baggage during an explosive cross-examination (without the opposition ever barking out, “Objection: relevance!”) But Downey and Duvall give spirited performances—as does Billy Bob Thornton as the ice-cool prosecutor—and director David Dobkin and writers Nick Schenk and Bill Dubque do at least try to do more than skim across the surfaces of the issues of aging, generational divides, and diverging family values. The Judge is misshapen, but well-meaning. It’s really only a bad movie by the standards of those expecting a good movie, if that makes any sense.

Here’s the thing: There are really two festivals going on in Toronto each year, and to some extent, two sets of festgoers. The groups of critics and movie buffs who are here to get a jump on this year’s Oscar fare tend to be especially harsh toward movies like The Judge that clearly aren’t going to factor heavily in the upcoming awards season. But there are other groups of TIFFers who wouldn’t even bother with a movie like The Judge, because it set off all kinds of alarm bells pre-fest: The premise sounded maudlin, the film hadn’t been selected for any other major festivals, and TIFF rarely books memorable openers.

No, for a lot of my critic pals (and for me, honestly), the major event of the past two days in Toronto was Friday’s press screening of Roy Andersson’s A Pigeon Sat On A Branch Reflecting On Existence, the Swedish absurdist’s first film in seven years (and the completion of a trilogy about “being a human” that began with 2000’s Songs From The Second Floor and continued with 2007’s You, The Living). For those unfamiliar with Andersson’s recent work, he makes movies that assemble loosely connected, blackly comic sketches, usually shot in one take and often with elaborate staging. Pigeon is largely about death and failure, with its primary recurring characters being two luckless novelties salesmen.

Critical opinion has been largely split on whether Andersson had made his third straight masterpiece with Pigeon, or if it’s all been diminishing returns for Andersson since Songs. Personally, I still like the first film in the trilogy the best, but there are too many astonishing moments in Pigeon for me to shrug it off as “just okay.” The movie is anchored by three jaw-dropping showpieces: a warm-hearted beer-hall sing-along, the surreal intrusion of an horse-bound 18th-century Swedish army into a modern bar, and a nightmarish vision of African slaves forced to power an enormous, flaming musical instrument. But Pigeon is also dotted with small vignettes of tenderness between lovers—scenes with no actual gag at the end—that seem to be in the movie just to counteract the bleakness. A lot of Pigeon is too tedious to justify the only mildly amusing payoffs, but I do think if Andersson were to cut together the best bits of all three of these films into one feature, it’d be one of the best, most profound movies ever made.

Both the Andersson film and The Judge swing big in their own way. Pigeon is attempting to encompass all of human existence, while The Judge is about “Dads” and “Manhood” in the broadest possible strokes. In that sense, both are very different from two other films I saw over the first two days of TIFF—Mr. Turner and Eden—that each zero in on one person’s unique experiences, without trying to make them “universal.”

Mr. Turner and Eden share a lot of the same strengths and weaknesses. Both are about innovative creative types who have difficult personalities, who deal with declining popularity. Mike Leigh’s biopic of 19th-century British landscape painter J.M.W. Turner (played by Timothy Spall) shows him as a gruff-but-sensitive man who treated other people capriciously, and suffered public scorn when he started getting more abstract with his linework and coloring. Mia Hansen-Love’s Eden mildly fictionalizes the experiences of her brother Sven, who spent two decades as a DJ in the Paris house/garage dance-music scene, but could never build on his early popularity (unlike his friends in Daft Punk) because he stayed committed to a lifestyle of drugs, danceable R&B, and rotating girlfriends. Both films meander too much, holding fast to a “here’s a bunch of stuff that happened” structure, but both also move easily through moments of illumination into their respective lives and times. And while Mr. Turner is more polished and enjoyable than the oppressively melancholy Eden, I found the latter’s depiction of a man aging out of his chosen career to be more haunting overall.

I wouldn’t call Pigeon, Mr. Turner, or Eden a “crowd-pleaser,” but they’re all serious works by major artists, which means they satisfy one of the main purposes of the Toronto film festival: to survey the best of world cinema. But I don’t want to give the impression that I disdain that other TIFF, where attendees speculate about a movie’s Oscar chances as soon as the credits roll. I like both festivals. I especially like the more Hollywood-driven TIFF when it debuts a movie as entertaining and frequently electrifying as Dan Gilroy’s Nightcrawler, which stars Jake Gyllenhaal as a desperate, creepy loner named Louis Bloom who finds the success that’s long eluded him when he becomes a freelance crime-scene videographer, selling footage to the local Los Angeles news.

Gilroy is making an unapologetic neo-noir with Nightcrawler, which means making Los Angeles look like a steamy hell and letting his protagonist come across as a dangerous man. And while the movie’s Network/Taxi Driver-inspired arc—with the social misfit Lou catering to the news business’ worst instincts—drives into a rut early and never leaves it, Gilroy does drive hard, and refuses to compromise his vision for the movie by opening up the plot or making Lou more likable.

Before the prèmiere screening of Nightcrawler, the audience applauded approvingly at the mention of Gilroy’s writing credit on The Bourne Legacy, as though surprised and reassured that they’d come to see a “festival film” and had ended up in the hands of a guy who’s written for blockbusters. But Gilroy and Gyllenhaal haven’t played it safe at all with Nightcrawler. They sacrifice potential Oscar nominations in favor of creating a memorable movie character: a self-actualized savant who’s willing to do whatever it takes to get rich, because he doesn’t care enough about other human beings to feel bad about stepping on their necks.

Also seen: Almost immediately after seeing A Pigeon Sat On A Branch Reflecting On Existence, I watched Jean-Luc Godard’s 3-D experiment Goodbye To Language, and seeing those two films together left me in a daze that lasted for most of Friday afternoon. I didn’t enjoy the Godard as much as the Andersson, but I do think Godard plays with dimensionality in Goodbye To Language in all kinds of interesting ways: stacking idea against idea at the same time that he’s stacking image against image.

Getting back to the question of when films should skew universal and when they shouldn’t, Céline Sciamma’s Girlhood takes a very particular, specialized story—about a teenager from the Parisian projects who joins a girl-gang—and tries too hard to make it into a sociological study of crime among inner-city French youth. That said, Sciamma shows a lot of the same sensitivity to how adolescents interact that she did in her earlier films Water Lilies and Tomboy. And Girlhood arrives at an unexpected place in its final half-hour, suggesting the more complicated movie it might’ve been.

Speaking of the unexpected (and the under-complicated), the Korean adventure-thriller Haemoo (a.k.a Sea Fog) starts out as a fairly straightforward maritime crime story, about a down-on-their-luck deep-sea fishing crew that takes a job smuggling Chinese immigrants. But then halfway through, the plot thickens considerably, and for its last hour, Haemoo becomes a grim, violent variation on The Treasure Of The Sierra Madre. Given that Haemoo was co-written and co-produced by Bong Joon-ho for co-writer/director Shim Sung-bo, the movie struck me as a little broadly drawn, lacking the nuance of Snowpiercer or The Host. But it does pack a punch, and makes a clear point about how otherwise compassionate people can easily come to embrace the whole concept of human exploitation.

Isao Takahata’s The Tale Of Princess Kaguya is also overly direct in much the same manner of Haemoo (and overly plotty to boot), but the charcoal-and-watercolor look of Studio Ghibli’s animation is so stunning that the movie could’ve been about sewage-workers and it still would’ve been lovely. Princess Kaguya is based on the Japanese folktale “The Tale Of The Bamboo Cutter,” and follows a girl who springs to life from a bamboo stalk and then grows rapidly, while her humble adoptive parents try to prepare her for the parade of wealthy suitors who intend to court her when she gets older. At its best—and The Tale Of Princess Kaguya is frequently at its best—the movie treats the changing of the seasons and the maturation of children with graceful, heartbreaking artistry.