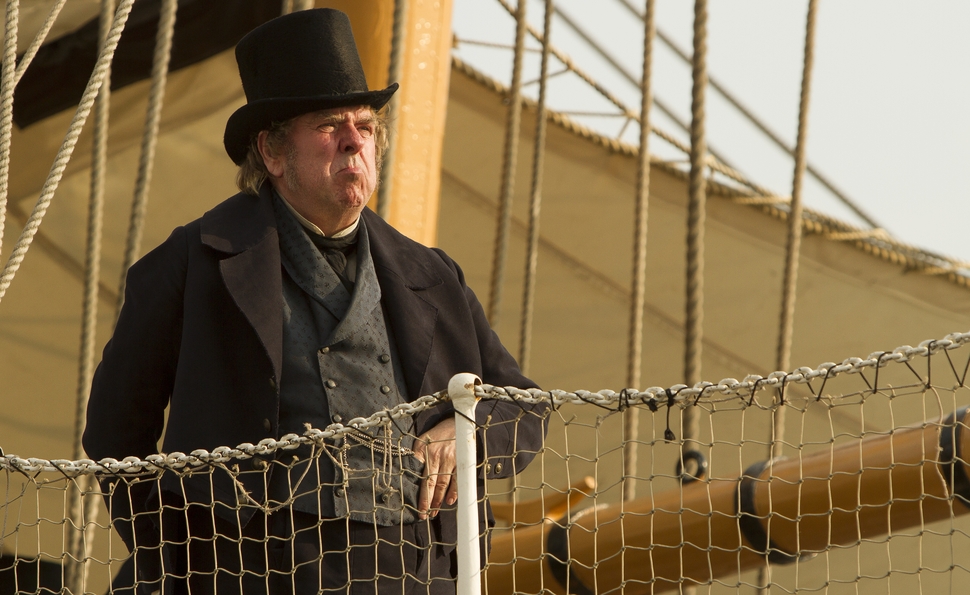 It’s one of the great paradoxes of the Cannes Film Festival that journalists arrive in hordes, year after year, anticipating the best that world cinema has to offer, and immediately get assaulted by some glossy, pandering mediocrity. Not that every Cannes opener is a stinker, by any means—Moonrise Kingdom kicked off the 2012 edition, and Up delighted jet-lagged critics a few years before that. Usually, though, the need for some red-carpet wattage takes precedence over quality, resulting in a slew of nose-holding reviews for the likes of Robin Hood, The Da Vinci Code, or The Great Gatsby. Initial reports (like this one) thus have to extol Cannes’ enduring glory while acknowledging in the same breath that the first movie out of the gate deserves to be taken out back and shot.

Screw that, I say. Yes, Grace Of Monaco, starring Nicole Kidman in the title role, instantly flatlined, and its retrograde tedium will be duly vivisected below. Less than 24 hours later, however, Cannes has already rebounded with Mike Leigh’s highly anticipated Mr. Turner, a film much more in keeping with the festival’s true mandate. From the first shot, it’s clear that Leigh’s choice of subject—famed proto-Impressionist painter J.M.W. Turner—has mightily influenced his own (newly digital) canvas: Two Dutch women traverse a stunning landscape (windmill, fields, horizon) suffused with dying light, the camera slowly following them until it finally picks up Turner (Timothy Spall) sketching an alternate view off in the distance. What follows, for a leisurely but always engrossing two and a half hours, is an equally impressionistic portrait of a dyspeptic artist—Spall’s grunts almost qualify as symphonic—whose pictorial obsession with the pitiless cruelty of nature seems at one with his own brutal indifference to 19th-century propriety. Barely registering the existence of his two daughters even when they’re standing right in front of him (Leigh regular Ruth Sheen is constantly, hilariously livid as their mother), he springs to giddy life when a “natural philosopher” (played by frequent Leigh collaborator Lesley Manville) drops by his studio to conduct an experiment involving sunlight, a needle, and a prism.

From a distance, Mr. Turner seemed to resemble Topsy-Turvy, Leigh’s marvelous account of the creation of Gilbert and Sullivan’s The Mikado. This film is less interested in process, however—there are relatively few scenes of Turner at the easel, though his last-second touch-up of one of his paintings, in the middle of an exhibition, is a real crowd-pleaser—and its last half hour, which follows Turner to his deathbed, makes it feel more like a conventional biopic, even though Spall’s prickly performance keeps viewers at something of a distance. (It’s rarely possible to guess what this intensely private, willfully eccentric man is thinking; a scene in which he breaks down in racking sobs while sketching a prostitute raises many more questions than it answers.) What Mr. Turner shares with both Topsy-Turvy and Vera Drake is Leigh’s fascination with the routine details of life in past decades/centuries. The effort of a fellow artist (Martin Savage, who played vain lead actor George Grossmith in Topsy-Turvy) to obtain, and then marginally repay, a loan from the well-to-do Turner gets as much attention as any artistic endeavors, and a showing of Turner’s canvases at his home gets interrupted by the need to remove dead bugs from what look like tarps specifically set up to catch them beneath the room’s lights. Near the end of the film, Turner has a daguerreotype taken, asking endless questions of the photographer and concluding, after hearing the replies, “I think I’m finished.” The existence of this exacting yet lyrical film—and of cinema itself, for that matter, with its blend of realism and abstraction—demonstrates how right and how wrong he was, at the same time.

The only other Competition title to screen thus far, Abderrahmane Sissako’s Timbuktu, is Mr. Turner’s polar opposite, firmly grounded in the present day. Nonetheless, for a long time, it feels every bit as productively shaggy, introducing a wide variety of vivid Mali residents who are struggling to maintain their lifestyles and traditions in the face of sharia law imposed by newly arrived Islamic jihadists. It’s obvious that many of these mini-narratives aren’t going to end well, but Sissoko concentrates as much on beauty as he does on oppression; the jihadists immediately outlaw all music, for example, and a woman who defies this edict gets 80 lashes, but her whipping (unlike the grueling centerpiece of last year’s 12 Years A Slave) is ultimately less affecting than the lazy, gentle scene in which she sings on her own couch, accompanied by friends playing equally forbidden instruments. Only in the home stretch, as dissidents are gunned down and adulterers get buried up to their necks and stoned, does Timbuktu start to resemble a typical social-justice tract. Sissako’s previous films, which include Waiting For Happiness and Bamako, cut to the sorrowful chase much more quickly, and feel aggressively didactic; this one shows welcome evidence of the love for humanity underlying that despair.

There’s no love for anything animating Grace Of Monaco, however, save perhaps the love of avoiding taxes. Screenwriter Arash Amel has the germ of an interesting idea here: He confines the action to a few months in 1961 and 1962, when Grace Kelly, already Princess of Monaco for six years, received a tempting offer to play the title role in Hitchcock’s Marnie, just as France got fed up with Monaco’s refusal to tax its citizens and decided to play hardball. Unfortunately, director Olivier Dahan (whose turgid Edith Piaf biopic La Vie En Rose was inexplicably acclaimed) has no clue how to approach this daft collision of Hollywood glamour and a political game of chicken, and winds up just trying everything he can think of, creating a succession of inept mini-films. For a while, he seems to be aiming to depict Kelly’s life in Monaco as a Hitchcock noir, with Parker Posey, playing the snooty palace liaison (or something), as a version of Rebecca’s Mrs. Danvers. (Not that Grace Kelly was in Rebecca, but never mind—logic isn’t this film’s forte.) That conceit quickly falls by the wayside, though, replaced by various others, the most painful of which sees Kelly consulting a queeny etiquette instructor (Derek Jacobi) and learning the ins and out of being a princess, just like Anne Hathaway before her (or after her). Even Dahan’s use of the camera seems wanton, frequently framing Kidman’s eyes and nose in uncomfortable, screen-filling close-up in the apparent hope that this will better convey profound emotion. Mostly, Kidman just seems lost, and Grace rarely demonstrates any awareness that its ostensible happy ending—Kelly renounces both acting and autonomy to become the ideal housewife, while saving Monaco for tax dodgers—borders on appalling. It’s an ignominious beginning for what will hopefully be a terrific festival, and that’s why I’ve stuck it down here at the end, where it belongs.