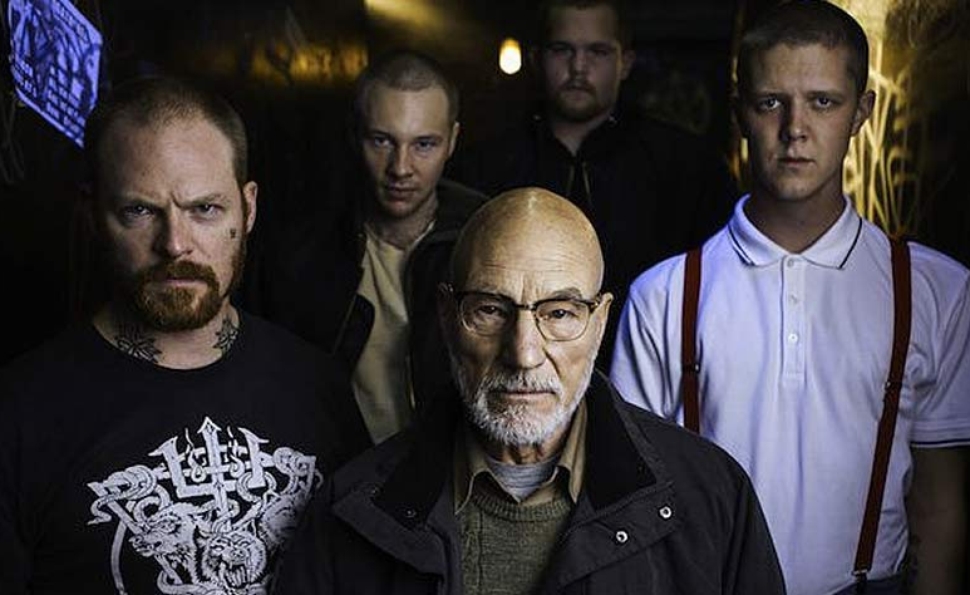 With Cannes roughly half over—as of this writing, critics have seen 10 of the 19 films competing for the Palme d’Or—only Todd Haynes’ Carol (my own pick for best of the fest, so far) and the Hungarian Holocaust drama Son Of Saul (which was just acquired by Sony Classics) have emerged as consensus favorites. Maybe The Lobster, too, though its reception has been a little more divisive. Cate Blanchett and Rooney Mara look like the strongest Best Actress contenders at this point—they may well share the honor, if the jury doesn’t want to give Carol another major prize. And this morning’s Competition screening saw the emergence of a rival for Son Of Saul’s Geza Röhrig in the Best Actor category: the great Vincent Lindon, probably best known to U.S. cinephiles from his roles in La Moustache and in Claire Denis’ Friday Night.

Lindon, who fairly oozes rugged masculinity, is A Man in Stéphane Brizé’s The Measure Of A Man, which serves as a more passive (and yes, measured) companion piece to the Dardennes’ Two Days, One Night. Specifically, Lindon plays Thierry, an unemployed husband and father struggling to find a new career after being laid off from his longtime factory job. Brizé (Mademoiselle Chambon) spends the first half of the film detailing just how screwed Thierry is, with each scene constituting a protracted argument that goes in maddening circles. Thierry has spent more than a year completing a training course that doesn’t qualify him for the job in question; he’s unable to sell his mobile home without going well below market value; he’s bluntly told by a prospective employer (in an interview conducted via Skype, for extra tackiness) that his chances are exceedingly slim, though not quite zero. Don’t give up hope! Or hold your breath.

Then, abruptly, in a single nondescript cut, Thierry has a job, working as a security guard for a huge department store. From this point forward, Lindon’s performance is nearly silent, yet still deeply expressive, as Thierry spends his days monitoring video cameras, detaining shoplifters, and looking more and more uneasy with his new position representing The Man. Brizé stacks the deck more than is necessary—Thierry’s son has what appears to be cerebral palsy and requires expensive care, and one of the desperately poor folks Thierry apprehends later commits suicide—but there’s still something potent about seeing this passionate scrapper all but shut down after finally achieving his hard-fought goal. For what shall it profit A Man if he shall gain the minimum wage, and lose his own soul?

Less likely to win any prizes, but still fascinating, is Louder Than Bombs, the English-language debut of Norwegian filmmaker Joachim Trier. (I mistakenly called him Danish yesterday, having remembered that he’s distantly related to Lars von Trier; while he was born in Denmark, however, his previous films are definitely Norwegian.) Examining the lingering emotional paralysis crippling the family of a renowned war photographer (Isabelle Huppert, seen in copious flashbacks) who committed suicide three years earlier, Trier employs a fragmented, kaleidoscopic style, skipping blithely back and forth in time, and constantly shifting perspective among the fretting widower (Gabriel Byrne) and his two sons (Jesse Eisenberg and Devin Druid). These transitions are handled so deftly and counterintuitively that they provide a patina of mystery and urgency to material that might be borderline insufferable if it were presented linearly. Druid’s Conrad, in particular, is such a festering ball of uncommunicative teen resentment—even before he finds out his dad lied to him about how his mother died—that he seems to inhabit a different, much less nuanced movie than everyone else. Fans of scintillating form will have little trouble forgiving the overheated yet underwhelming content; others should steer clear.

Only the squeamish, on the other hand, will want to avoid Green Room, Jeremy Saulnier’s follow-up to Blue Ruin, which had its world première yesterday in the Directors’ Fortnight. To the good-natured bewilderment of just about everyone I know—especially Dissolve editor Scott Tobias, whose baleful “oh no no no” I could hear all the way from Chicago—I turned Blue Ruin off after just 40 minutes, exasperated by the suicidally idiotic actions being taken by its antihero. (Sorry, but if you know people with guns are coming to kill you, you don’t sit waiting for them with a baseball bat. Or maybe you do, but I have no interest in watching a movie about you.) Green Room solves this problem by trapping the members of a punk band, The Ain’t Rights, in the tiny green room at an Oregon club packed with white supremacists, giving them no choice but to fight their way out. That’s the entire movie: Band plays club, witnesses the aftermath of a murder on their way out the door, tries not to get killed by skinheads led by Patrick Stewart, in a typically urbane role. Saulnier doesn’t do a terribly good job of individuating the band members—Anton Yelchin and Alia Shawkat, neither of whom seems very punk, make the strongest impression, alongside Imogen Poots (who does seem punk) as the murder victim’s best friend—but he confirms his expertise at blending sudden, truly ugly violence with ghastly black comedy. Among many other virtues, Green Room demonstrates just how silly a waking nightmare can look if one of the weapons being deployed on a regular basis is a fire extinguisher, turning killers into an army of Poppin’ Fresh clones. Once the tension begins, early on, it never lets up, and Saulnier finds the ideal fuck-you punchline on which to end matters, with a smash cut to the closing credits and Creedence Clearwater Revival’s “Sinister Purpose.” It’s strong enough that I might even go back and finish Blue Ruin. Maybe.

Finally, I’d planned to write at least a few words about Kiyoshi Kurosawa’s almost surreally boring Journey To The Shore, which multiple critics here have dubbed Journey To The Snore. Trouble is, just thinking about the film makes me nod off, making it difficult to formulate any thoughts. Kurosawa has always been a master of foreboding creepiness (see Pulse and Cure), so a ghost story ought to be right up his alley. Here, however, the ghost (Tadanobu Asano) appears to his widow (Eri Fukatsu) three years after he died at sea and proceeds to take her on a tour of various places where he made friends on his long journey home. In this film, ghosts are no different from living humans (apart from being dead)—they can be seen by everyone, are in no way frightening, and really just want nothing more than to provide comfort and reassurance to the loved ones they’ve left behind. It’s so relentlessly placid, tasteful, and minor-key that I longed for Peter Venkman and friends to show up with proton packs. Cross the streams. For the love of all that’s holy, cross the streams!!!