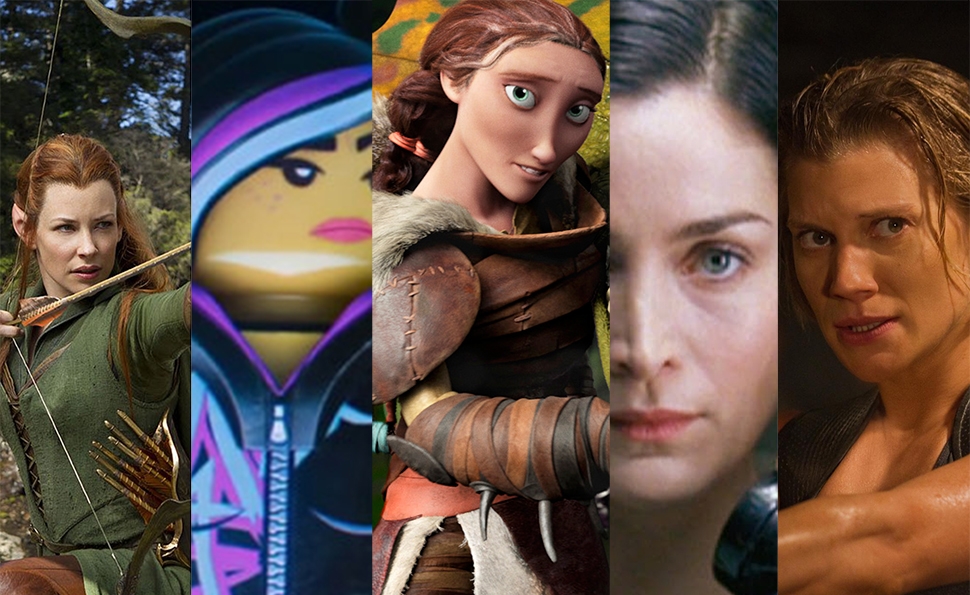 We’re losing all our Strong Female Characters to Trinity Syndrome

DreamWorks’ How To Train Your Dragon 2 considerably expands the world introduced in the first film, and that expansion includes a significant new presence: Valka, the long-lost mother of dragon-riding protagonist Hiccup, voiced by Cate Blanchett. The film devotes much of its sweet, sensitive middle act to introducing her, and building her up into a complicated, nuanced character. She’s mysterious and formidable, capable of taking Hiccup and his dragon partner Toothless out of the sky with casual ease. She’s knowledgable: Two decades of studying dragons means she knows Toothless’ anatomy better than he does. She’s wise. She’s principled. She’s joyous. She’s divided. She’s damaged. She’s vulnerable. She’s something female characters so often aren’t in action/adventure films with male protagonists: She’s interesting.

Too bad the story gives her absolutely nothing to do.

There’s been a cultural push going on for years now to get female characters in mainstream films some agency, self-respect, confidence, and capability, to make them more than the cringing victims and eventual trophies of 1980s action films, or the grunting, glowering, sexless-yet-sexualized types that followed, modeled on the groundbreaking badass Vasquez in Aliens. The idea of the Strong Female Character—someone with her own identity, agenda, and story purpose—has thoroughly pervaded the conversation about what’s wrong with the way women are often perceived and portrayed today, in comics, videogames, and film especially. Sophia McDougall has intelligently dissected and dismissed the phrase, and artists Kate Beaton, Carly Monardo, Meredith Gran have hilariously lampooned what it often becomes in comics. “Strong Female Character” is just as often used derisively as descriptively, because it’s such a simplistic, low bar to vault, and it’s more a marketing term than a meaningful goal. But just as it remains frustratingly uncommon for films to pass the simple, low-bar Bechdel Test, it’s still rare to see films in the mainstream action/horror/science-fiction/fantasy realm introduce women with any kind of meaningful strength, or women who go past a few simple stereotypes.

And even when they do, the writers often seem lost after that point. Bringing in a Strong Female Character™ isn’t actually a feminist statement, or an inclusionary statement, or even a basic equality statement, if the character doesn’t have any reason to be in the story except to let filmmakers point at her on the poster and say “See? This film totally respects strong women!”

Valka is just the latest example of the Superfluous, Flimsy Character disguised as a Strong Female Character. And possibly she’s the most depressing, considering Dragon 2’s other fine qualities, and considering how impressive she is in the abstract. The film spends so much time on making her first awe-inducing, then sympathetic, and just a little heartbreakingly pathetic in her isolation and awkwardness at meeting another human being. But once the introductions are finally done, and the battle starts, she immediately becomes useless, both to the rest of the cast and to the rapidly moving narrative. She faces the villain (the villain she’s apparently been successfully resisting alone for years!) and she’s instantly, summarily defeated. Her husband and son utterly overshadow her; they need to rescue her twice in maybe five minutes. Her biggest contribution to the narrative is in giving Hiccup a brief, rote “You are the Chosen One” pep talk. Then she all but disappears from the film, raising the question of why the story spent so much time on her in the first place. It may be because writer-director Dean DeBlois originally planned for her to be the film’s villain, then discarded that idea in later drafts. But those later drafts give her the setup of a complicated antagonist… and the resolution of no one at all. (Meanwhile, the actual villain gets virtually no backstory—which is fine, in a way—but it leaves the film unbalanced.) 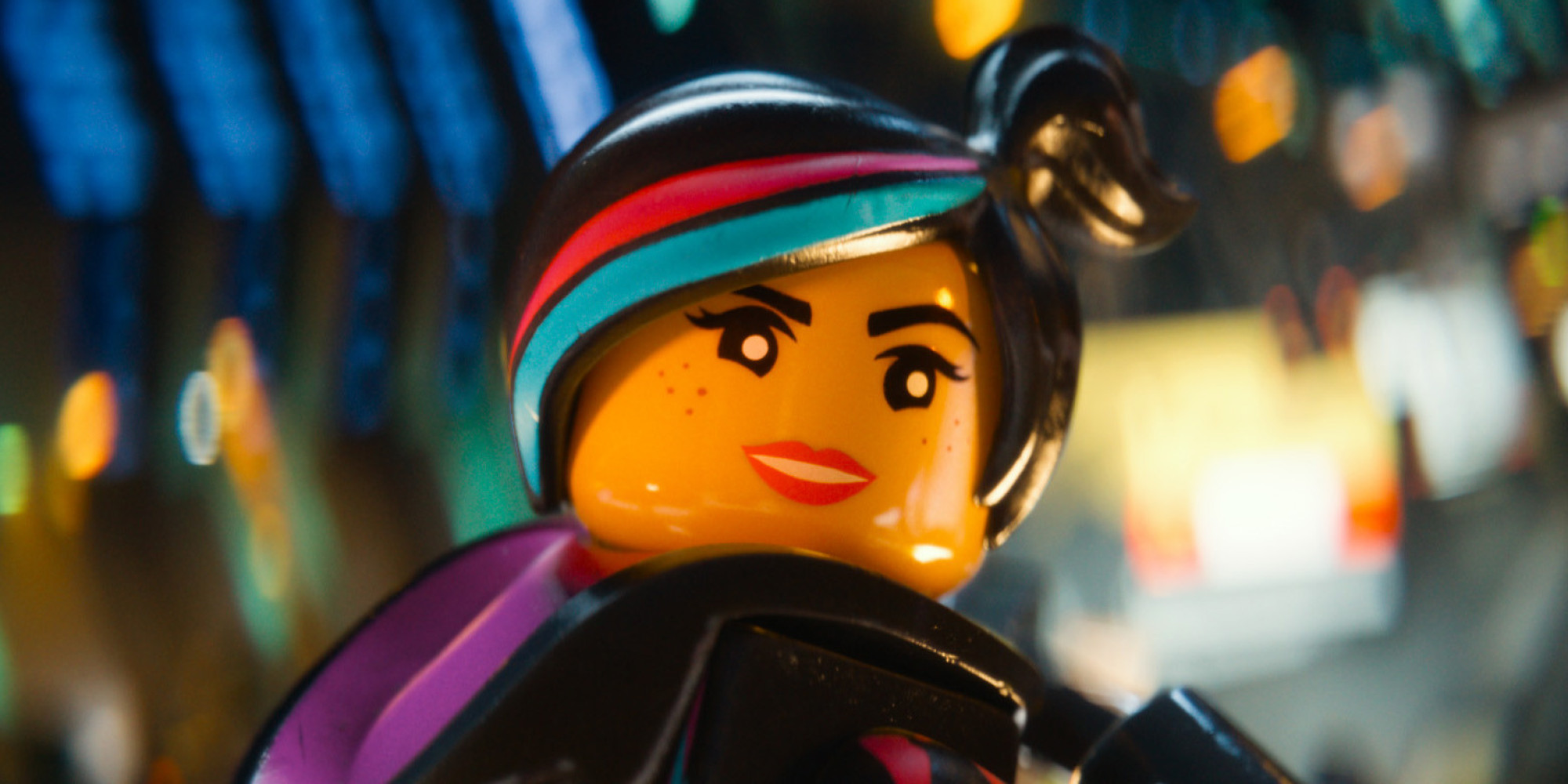 And Valka’s type—the Strong Female Character With Nothing To Do—is becoming more and more common. The Lego Movie is the year’s other most egregious and frustrating example. It introduces its female lead, Elizabeth Banks’ Wyldstyle, as a beautiful, super-powered, super-smart, ultra-confident heroine who’s appalled by how dumb and hapless protagonist Emmet is. Then the rest of the movie laughs at her and marginalizes her as she turns into a sullen, disapproving nag and a wet blanket. One joke has Emmet tuning her out entirely when she tries to catch him up on her group’s fate-of-the-world struggle; he replaces her words with “Blah blah blah, I’m so pretty.” Her only post-introduction story purpose is to be rescued, repeatedly, and to eventually confer the cool-girl approval that seals Emmet’s transformation from loser to winner. After a terrific story and a powerful ending, the movie undermines its triumph with a tag where WyldStyle actually turns to her current boyfriend for permission to dump him so she can give herself to Emmet as a reward for his success. For the ordinary dude to be triumphant, the Strong Female Character has to entirely disappear into Subservient Trophy Character mode. This is Trinity Syndrome à la The Matrix: the hugely capable woman who never once becomes as independent, significant, and exciting as she is in her introductory scene. (Director Chris McKay sorta-acknowledged the problem in a DailyMail interview presented as “The Lego Movie filmmaker promises more ‘strong females’ in the sequel,” though his actual quotes do nothing of the sort.) 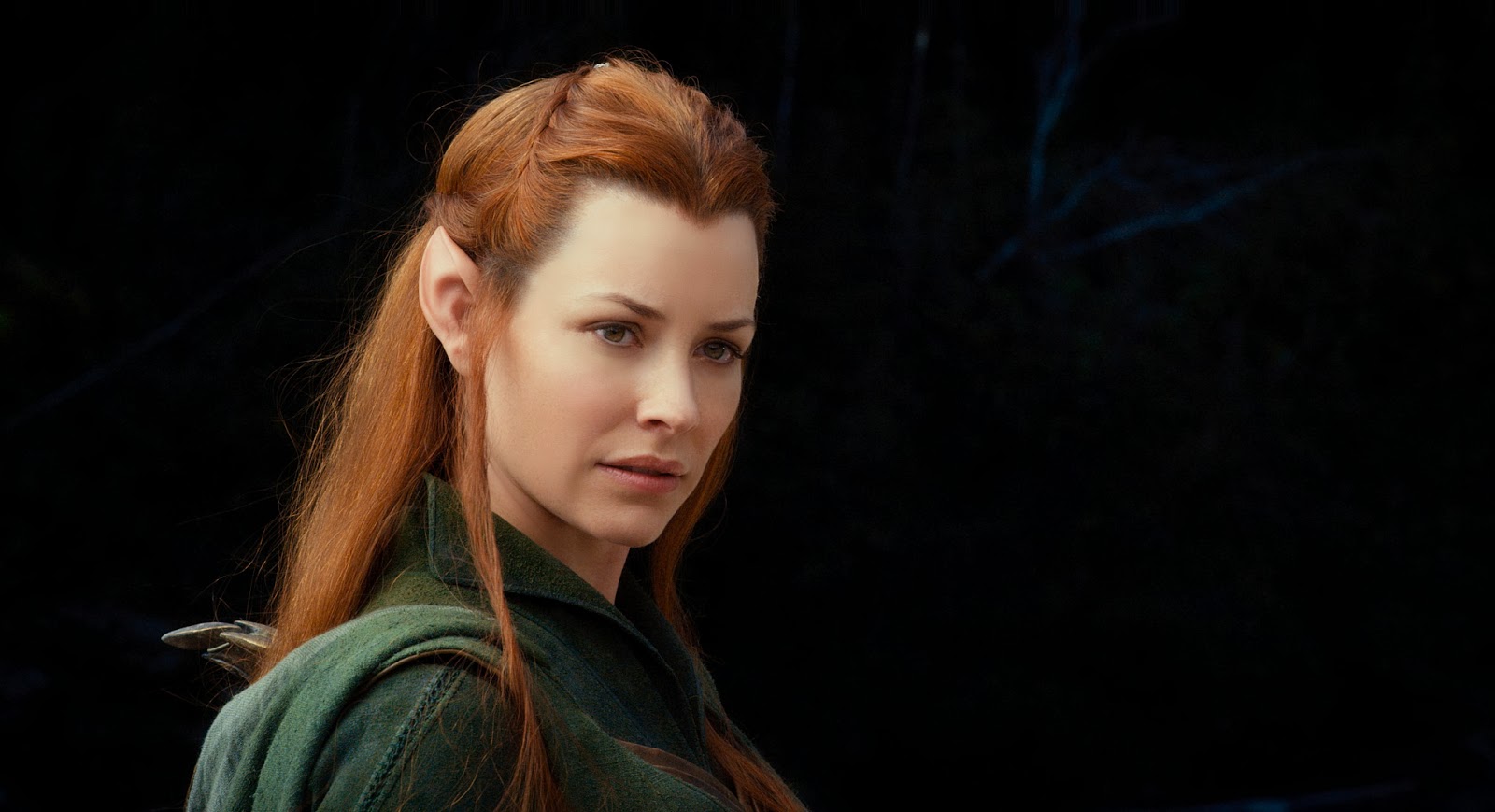 And even when strong, confident female characters do manage to contribute to a male-led action story, their contributions are still more likely to be marginal, or relegated entirely to nurturer roles, or victim roles, or romantic roles. Consider Tauriel in The Hobbit: The Desolation Of Smaug, a wholly invented Strong Female Character ostensibly created to add a little gender balance to an all-male adventure. She’s capable of killing approximately a billion spiders and orcs with elven archery kung-fu, but she only shows any actual personality when she’s swooning over the dwarf Kili, and being swooned over in return by Legolas, in a wearyingly familiar Twilight-esque love triangle. Consider Katee Sackhoff’s Dahl in Riddick, introduced as a tough second-in-command who proclaims early on that she’s no man’s sexual object—unlike the movie’s only other woman, a brutalized, chained rape victim, casually killed to make a point—but given no particular plot relevance. Despite what Dahl says, she’s just sexual spice for the film: She strips for the camera, fights off a rape attempt, smirks through the antihero’s graphically crude come-ons, then decides at the end that she would like to be his sexual object. Consider Alice Eve’s Carol Marcus in Star Trek: Into Darkness, introduced as a defiant, iconoclastic rules-breaker exactly like James Kirk, but ultimately winding up in the story largely so she can strip onscreen and present herself as an embarrassingly ineffectual hostage. Rinko Kikuchi’s Mako Mori in Pacific Rim is weak next to Charlie Hunnam’s Raleigh—her past trauma blocks her from being effective in mecha combat, and endangers everyone around her—but even when she proves her strength, he still has to assert himself by knocking her out and dumping her limp body as he heads off to save the day at the end. Ditto with Tom Cruise’s Jack in Oblivion, who pulls the same move on Julia (Olga Kurylenko), his capable partner.

It’s hard for any action movie to have two or more equal heroes, and the ensemble approach doesn’t work for every story. It’s understandable that for a Hero’s Journey plot to entirely resolve, the hero sometimes has to take the last steps alone. For male heroes, that often means putting independence and self-sacrifice before any other consideration. But for decades, action movies have found ways to let male sidekicks drop back at the climax of a story without dying, disappearing, or waiting at home to offer themselves to the hero to celebrate his victory. Female characters don’t have to dominate the story to come across as self-reliant, but they do have to have some sense of purpose. Valka’s is, apparently, to deliver some heartening information and a little inspiration to Hiccup, and nothing else. It’s a bafflingly piddly role for someone whom the narrative seems to care about passionately… until it’s time for her to do something.

So here’s a quick questionnaire for filmmakers who’ve created a female character who isn’t a dishrag, a harpy, a McGuffin to be passed around, or a sex toy. Congratulations, you have a Strong Female Character. That’s a great start! But now what? Screenwriters, producers, directors, consider this:

If you can honestly answer “no” to every one of these questions, you might actually have a Strong Female Character worthy of the name. Congratulations!

But there are exceptions to every rule. Edge Of Tomorrow features Emily Blunt as Rita, an ultra-tough female character who dies to motivate the male protagonist.(Repeatedly!) She starts off as the biggest bad-ass in her world, but is eventually surpassed by hero William Cage (Tom Cruise), who starts off as a bumbling fuck-up. She mostly exists in the story to provide Cage with information and cheer him on, and eventually validates him with a brief romantic moment. And yet the story doesn’t degrade, devalue, weaken, or dismiss her. It sends the hero on without her at the end—but only at the very end, after she’s proved her worth again and again. She’s tough. She’s confident. She’s desperate. She’s funny. In short, she’s aspirational and inspirational, and just as exciting at the end of the movie as she is at the beginning.

So maybe all the questions can boil down to this: Looking at a so-called Strong Female Character, would you—the writer, the director, the actor, the viewer—want to be her? Not want to prove you’re better than her, or to have her praise you or acknowledge your superiority. Action movies are all about wish-fulfillment. Does she fulfill any wishes for herself, rather than for other characters? When female characters are routinely “strong” enough to manage that, maybe they’ll make the “Strong Female Characters” term meaningful enough that it isn’t so often said sarcastically.