Now Michael Fassbender might play Steve Jobs, hopefully won’t back out next week 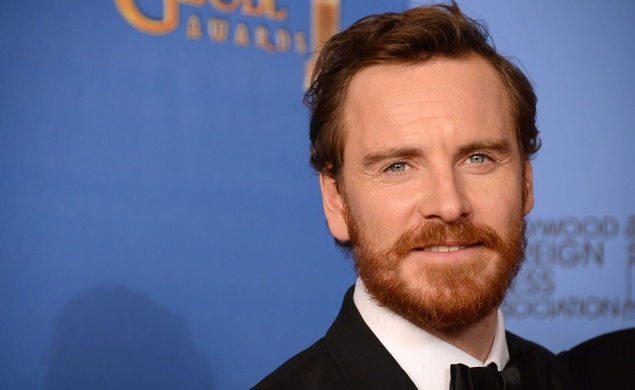 2013’s Ashton Kutcher-led Steve Jobs biopic left audiences underwhelmed. Despite Kutcher’s uncanny resemblance to the Apple cofounder, Jobs fell way short due to its “shamelessly hyperbolic” attitude toward Jobs’ not-quite-spotless personal history. Perhaps the creative forces behind the new Jobs picture simply want to make absolutely certain that everything goes perfectly for this second go. That’s one possible cause for the smorgasbord of production difficulties that have plagued this project.

First, David Fincher was going to direct from Aaron Sorkin’s unusually structured script. (The entire film plays out over three scenes that find Jobs preparing to give presentations for a major Apple product.) Fincher entertained the idea of hiring Christian Bale—a man well versed in volatile creative genius—as his leading man. Then Fincher left the project after Sony chose not to pony up the $10 million he requested up front, at which point Danny Boyle stepped in. Boyle thought Leonardo DiCaprio might fill out the black turtleneck nicely, and DiCaprio appeared to agree, until he didn’t. Boyle picked up where Fincher left off, putting the Bale option back on the table. When Sorkin confirmed that Bale had definitively signed on and would “crush it,” the film had found its Steve Jobs at long last. A week and half later, Bale was gone faster than an iPhone 6 at an opening-day release.

So yeah, that’s a lot of shit. The only logical explanation is that the film casts Jobs in the unflattering light he deserves, and that his restless ghost has chosen to haunt this production until it’s completely shuttered, which sounds like the plot of the worst Scooby-Doo episode ever. (“It was the malevolent specter of old man Jobs all along!”)

But a piece from /Film reaffirmed today that the film will push forward regardless, leaving a trail of voided casting contracts in its wake. Michael Fassbender’s name now sits at the top of the list of Potential Jobses, but we can all expect that to change by the time the West Coast eats lunch. The article goes on to quote an interview Sorkin recently did with The Independent, during which he explicates the film’s guiding thematic concerns:

“Both films are much more about the people than the technology they invented. With The Social Network, I was interested in the psychology of the world’s most successful social networking system being invented by the world’s most anti-social guy. And in the case of Steve Jobs, it’s the relationships he had—particularly with his daughter, Lisa—that drew me to it. She didn’t participate in Walter Isaacson’s book, because her father was alive at the time, and she didn’t want to alienate either of her parents, so I was very grateful that she was willing to spend time with me. She is the heroine of the movie.”

Part of Sorkin’s message is somewhat obvious; of course the movie has to locate a human core to have any greater resonance. If not, it’s just the story of how one man invented a cool way to watch kitten videos during the morning commute. But his comment about Jobs’ daughter Lisa poses a more compelling question: Does Aaron Sorkin know what a hero is? It sounds like Lisa will be the film’s gooey center of moral decency, not unlike The Social Network’s Eduardo Saverin, but his role in the film wasn’t especially heroic. Perhaps Sorkin meant that Lisa is the heroin of the movie, in that she will make it move extremely slowly and most likely put everyone to sleep. In which case, bravo on your skillfully hidden dis, Mr. Sorkin. Maybe let’s see some of that subtlety in your 181-page script for this unmakeable Jobs biopic.