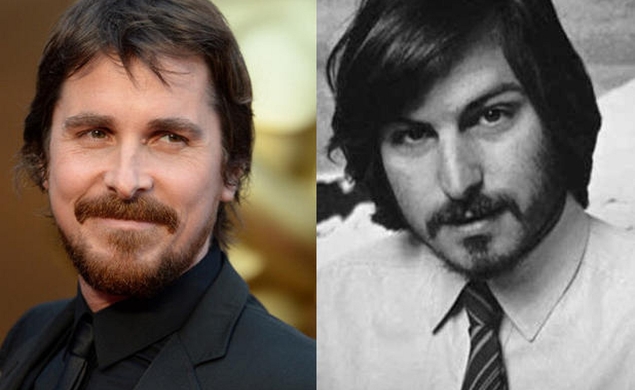 We reported last week that English chameleon Christian Bale was in talks to star in the upcoming Aaron Sorkin-scripted, Danny Boyle-directed Steve Jobs biopic. Today, the Spinning Color Wheel of Doom  has vanished from the cast list, as Sorkin confirmed that Bale will be donning the dad jeans and black turtleneck for the still-untitled film. Though Sony has not yet announced a release date, Sorkin claims that principal photography will get underway within the next few months. “We needed the best actor on the board in a certain age range, and that’s Chris Bale,” said the screenwriter, who’s apparently already tight enough with the Academy Award-winning performer to refer to him in familiar terms. “He really is a phenomenal actor,” Sorkin said, presumably before sending an emoji-heavy text to his new pal.

Unlike 2013’s Ashton Kutcher-starring, not-great Jobs, Sorkin’s script will narrow its focus to a few scenes in the Apple founder’s life (a method in adherence with the first of our five simple rules for making biopics about geniuses), cross-cutting between the backstage moments preceding three different product unveilings. Adapted from Walter Isaacson’s 2011 biography Steve Jobs, the time-hopping structure could gel with Bale’s tendency to disappear into his roles. The Kutch may have had a leg up on physical similarity, but Sorkin is convinced that Bale is “going to crush it.” Ever the Method actor, Bale has probably already placed a bulk order for dorky running sneakers.