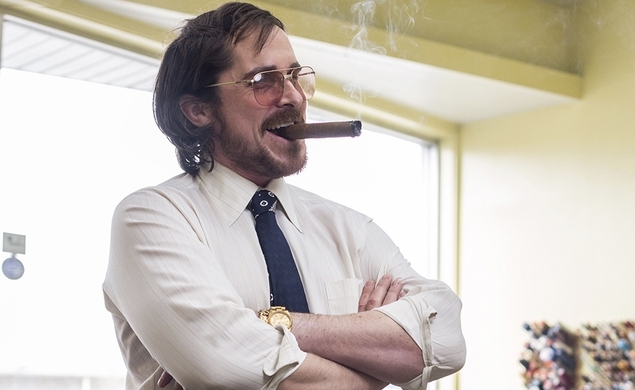 Well, those were a heady few weeks. Back in October, it seemed as if Aaron Sorkin’s long-in-the-making Steve Jobs biopic had finally started programming the right stuff, with Christian Bale entering talks to play the Apple founder in Sorkin’s ambitious outing. Sony and Sorkin have been trying to get their project off the ground for years now—it was first buzzed about back in 2011, when the studio picked up the rights to Walter Isaacson’s sprawling biography—and despite a number of stops and starts (including an inability to lock down both a director and a star), the addition Bale appeared to signal a major step forward for the project.

That’s no longer the case.

The Hollywood Reporter shares that Bale is no longer attached to play Jobs in the Danny Boyle-directed outing, again leaving the project without a leading man. We’re going to go out on a limb here and guess that it’s going to be pretty difficult to make a film about Steve Jobs without someone around to actually play Steve Jobs.

THR reports that “sources say Bale, after much deliberation and conflicting feelings, came to the conclusion he was not right for the part and decided to withdraw.” The outlet also reports that the film “was on track to begin shooting this winter for a quick turnaround,” so this news is particularly jarring. Boyle will reportedly hit Los Angeles “this week to meet with actors and actresses for the movie,” meetings which will likely be much more high pressure than previously anticipated.

Just last week, rumors abounded that Seth Rogen was coming on board to play Apple co-founder Steve Wozniak, with Jessica Chastain also in talks for an unspecified role. That news certainly seemed heartening—after years of trying to find the right guy for the uh, Jobs job, they had finally nailed him, and were on track to round out the rest of the cast—but Bale’s exit effectively erases that positivity.

Does anyone want to play Steve Jobs? Should we just cast Ashton Kutcher again and be done with it?