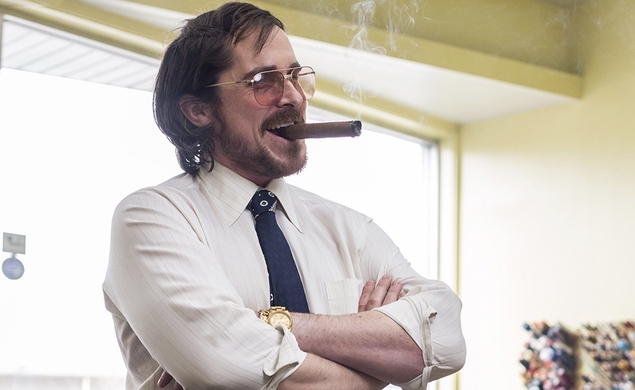 Back in March, when David Fincher was still circling Sony’s Steve Jobs biopic, his choice to play the lead role was reportedly Christian Bale. Bale never signed on, and Fincher eventually departed the project as well. Now Danny Boyle is lined up to make the film, which is based on Walter Isaacson’s biography of the Apple co-founder and a screenplay by Aaron Sorkin. He was originally looking at Leonardo DiCaprio to play Jobs, but he later decided to take a break from acting after his next role. So once again, Sony and Boyle were looking for the right man for the Jobs.

I’ll see myself out, but only after I tell you who they’ve picked: Christian Bale, who Variety says is now “in talks” to star in Boyle’s biopic, which will apparently consist of just three long scenes, “each taking place backstage before one of Apple’s famous product launches.” And then (I assume) U2 plays a theme song over the closing credits which magically shows up on each customer’s iPhone.

The role of Jobs could potentially bring together a lot of the different types of parts Bale has played over his career, from the ambitious capitalist (Batman Begins) to the consummate salesman (American Hustle). Depending on how early or late in Jobs’ life Boyle goes, it could also take advantage of his uncanny ability to add or lose weight to better fit a role. And, look, if Ashton Kutcher could do it, I think Christian Bale can manage.