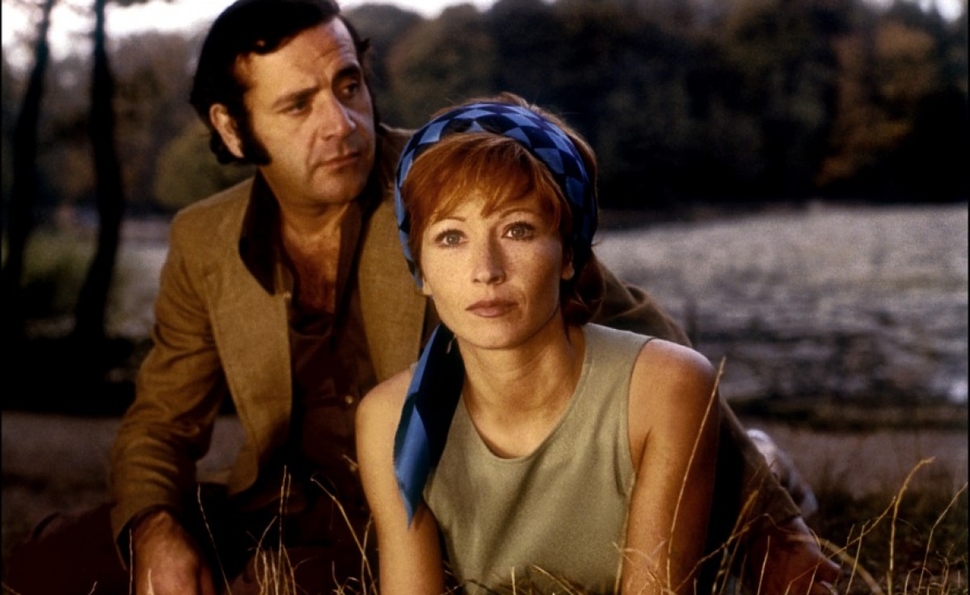 We Won't Grow Old Together

The word “realism” has been attached to the work of Maurice Pialat, but the label doesn’t quite fit him—if it could be said to fit anyone, for that matter. Based on his brutal second feature, 1972’s We Won’t Grow Old Together, a better descriptor might be “unadorned,” given Pialat’s commitment to applying a raw, no-frills style to the ugly dissolution of a long-term relationship. But even that word doesn’t express the hidden sophistication of a film that radically departs from conventional storytelling without ever calling attention to itself. Its insights cut deeply, but Pialat’s approach makes the sensation seem less like a blade than a broken shard of glass, leaving no clean lines and an unsightly scar. The film’s emotional and physical violence is startling enough, bluntly realized through Pialat’s visual plainspokenness; but his refusal to situate the viewer in time and place has an unsettling effect that’s harder to identify.

Credit Pialat, too, for basing We Won’t Grow Old Together on his life and turning his alter ego into one of prickliest bastards to ever darken a screen. Jean Yanne, who won Best Actor at Cannes for his performance, stars as Jean, a fitfully employed filmmaker who’s nursing an extramarital relationship in its death throes. For six years, the middle-aged Jean has been carrying on an affair with Catherine (Marlène Jobert), a much younger and less ambitious woman who has been taking his abuse and riding out their on-again/off-again relationship, but things have turned decisively toward a breakup. Pialat doesn’t bother showing the affair in happier times: He starts in the middle of a tailspin, follows the plane as it hits the ground, and picks up the pieces from there. This is a story of one man’s regret—regret for bad behavior, regret for letting the loves of his life down, regret for, well, the title says it all, really.

But what of Jean’s spouse? That’s one of the film’s most unconventional touches: Jean remains married to Françoise (Macha Méril), and the relationship isn’t a secret, though Jean warns Catherine not to walk onto the balcony of his apartment, because it would embarrass Françoise for the neighbors to know, too. The conversations Jean has with his wife are remarkably civil in contrast to his stormier exchanges with Catherine, but Pialat isn’t in a hurry to reveal how they arrived at those terms or why they haven’t divorced. We Won’t Grow Old Together rejects such expository business, along with any effort to establish where the characters are or even how much time has passed between one scene and the next. There’s no connective tissue in the film and no continuity, just a collection of scenes that express the core emotions of this twisted love story.

The filmmaking’s deliberate lumpiness complements Pialat’s insight into how dysfunctional relationships can nonetheless remain relationships, despite words and actions that would seem to poison them forever. Jean says terrible, terrible things to Catherine—calls her lazy, ugly, and worse—and thinks nothing of gathering up her things, stuffing them in a bag, and shoving her out the door. But there she is again in another scene, sharing a lighter moment on the beach or fooling around in the ocean; the trajectory of their relationship may be going down, but in peaks and valleys, not a straight line. We Won’t Grow Old Together is honest and self-lacerating, Pialat’s attempt to come to terms with mistakes that he might have made and that many adults make (if perhaps less abhorrently) in failed relationships. The title may be his lament, but it isn’t cast without blame.

A fine liner notes essay by Nick Pinkerton puts We Won’t Grow Old Together in the context of Pialat’s life and career, and notes the director’s disappointment that it turned out to be a big hit in France. Filmmaker Alex Ross Perry (The Color Wheel) contributes a brief video appreciation of the film’s coarse edges, and acknowledges its influence on his new film, Listen Up Philip. The disc also includes an 18-minute interview with Jobert on the making of the movie, and a theatrical trailer.