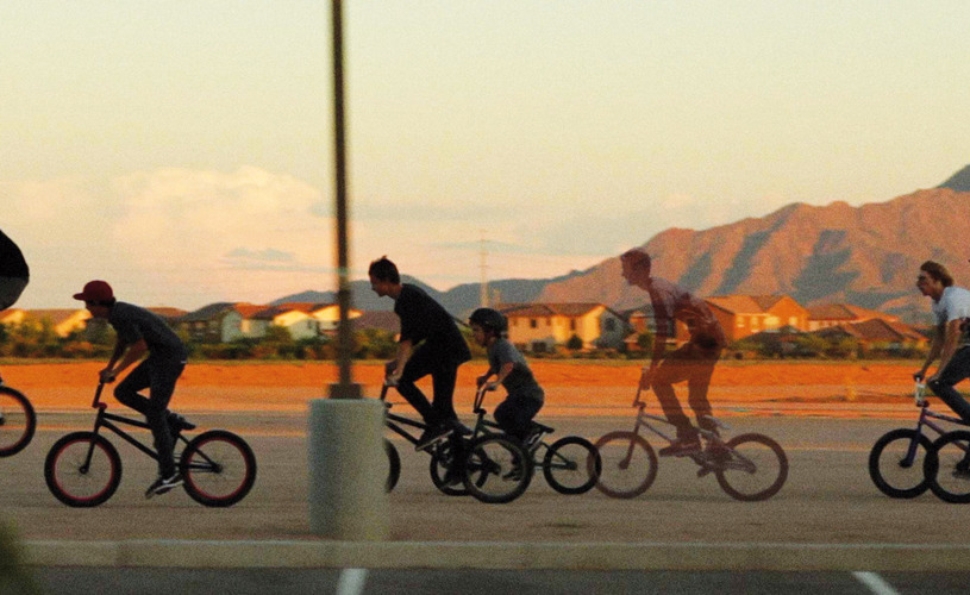 Anyone who’s seen Elizabeth Mims and Jason Tippet’s terrific 2012 documentary Only The Young will have a good frame of reference for Tim Sutton’s coming-of-age art-film Pavilion—and perhaps, for some, an unflattering point of comparison. In Only The Young, Christian skate-punks in Santa Clarita, California hang out and hook up as they prepare for their lives to change after high school. In Pavilion, Max Schaffner plays Max, a middle-class child of divorce who leaves his mother’s lakefront house in upstate New York to go live with his father in Arizona, where he meets other kids, who for long stretches become the new focus of the film. Both movies are beautifully shot, both hew close to the rhythms and concerns of everyday life, and both end almost before they begin, leaving behind an indelible impression of what it’s like to be a teenager in America in the early 21st century.

The big difference is that Pavilion isn’t a documentary—though since it features an amateur cast and what seems to be mostly improvised dialogue, that distinction is barely relevant. Pavilion is also, strangely, less articulate than Only The Young, with less of a story to tell. One of Only The Young’s hallmarks is its talk; the teens in that movie brim with opinions and humor as they deal with major changes in their lives. In Pavilion, meanwhile, the characters mumble, or say nothing. Often they don’t seem like they’re being quietly observed, but rather like they’re being posed, like models in a photo-shoot. 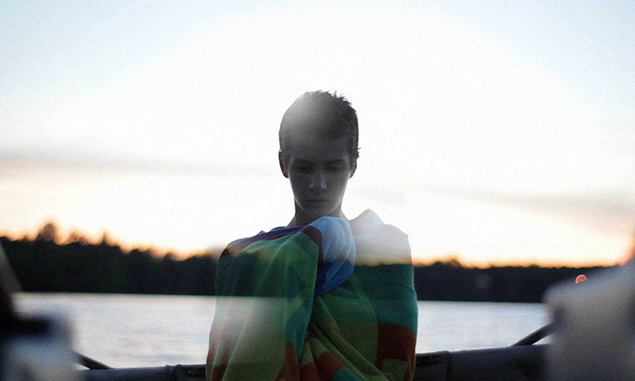 That isn’t always the case, though. Some of Pavilion’s best sequences are when the kids are in motion: boating across the water in New York, standing atop their tiny bikes as they zip past the cacti and mini-mansions of suburban Arizona, or rounding up Target shopping carts at a part-time job. Here, the mumbling rises to the level of actual conversation at times, even when the characters are just describing how to do their best bicycle stunts.

One thing Sutton doesn’t do is force any kind of phony, moralizing meaning on his footage of today’s youth at their idlest. When Sutton shows them smoking a hookah with one of their mothers in a garage, or whacking hard at a tree with an iron pipe, or getting drunk and playing with a staple-gun, it isn’t to make a point about America’s wastefulness and violence, but just to capture life as it’s lived, even at its most questionable (and, let’s face it, funniest).

Besides Only The Young, Pavilion bears some similarities to other recent art-film studies of adolescence, such as Gus Van Sant’s Paranoid Park and Josh Fox’s Memorial Day—only without the sensationalism of either. There’s also a “Terrence Malick at twilight” quality to Pavilion, as Sutton and cinematographer Chris Dapkins linger on the image of a swimsuit dripping through the lattice of a deck-chair onto the pavement, or the perfect V-shape of a grove of trees, through which two young lovers stroll. The kids here aren’t ragging on each other, or threatening each other; they’re just roaming into and out of each other’s immediate circles, enjoying the minimal parental supervision as they go about their typical teenage business.

The lack of anything resembling a narrative at times makes Pavilion feel more like a demo-reel than a movie, but the fleeting moments Sutton has captured are so vibrant that they accumulate into something that hums. The film is framed by two images that perfectly convey what it’s all about. In the first, the characters play with fireworks at dusk, digging the way they glow bright, then slowly fade. In the last, the frame widens to show that the teens have been flirting and goofing in a small field down a highway embankment, living out their own little dramas at their own snail’s pace, while the grown-up world zips by above.

In keeping with such an esoteric movie, the big bonus included with the 500-copy limited-edition Pavilion DVD is a vinyl copy of the soundtrack, featuring ambient sounds generated by post-rock pioneer Sam Prekop. The music of Prekop’s main band, The Sea And Cake, has always seemed more suited to middle-aged jet-setters in international cocktail lounges than to BMX-ing adolescents, but the eerie tones Prekop generates here accentuate Pavilion’s winning wistfulness. (For those who don’t want to spring for the DVD, Pavilion is also currently available to rent or buy from several digital video retailers, such as iTunes and Amazon.)