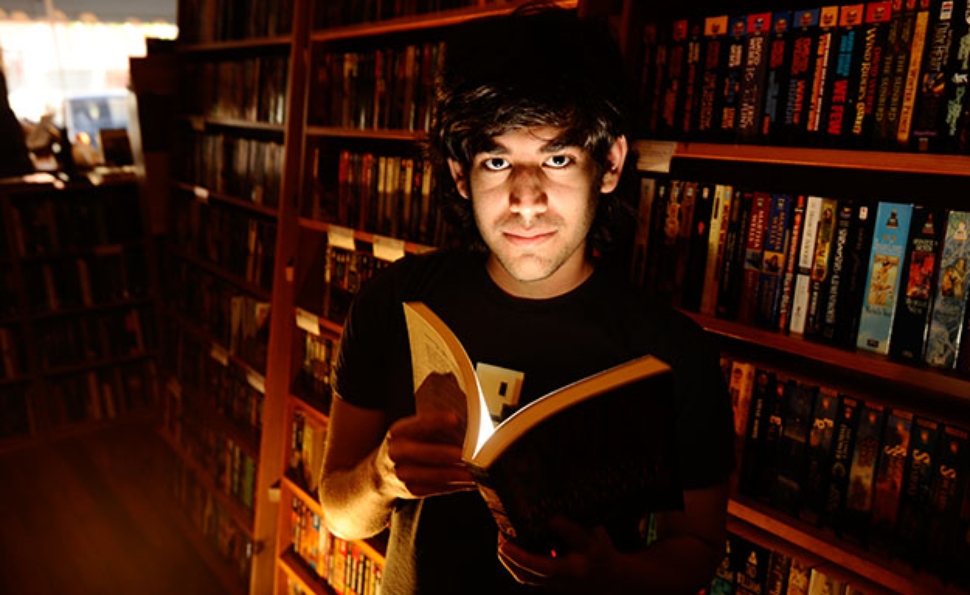 The Internet’s Own Boy: The Story Of Aaron Swartz

For advocates of a free and democratic Internet, Aaron Swartz’s January 2013 death was a terrible loss in both a real sense and a symbolic one. As the title of the sympathetic profile The Internet’s Own Boy suggests, Swartz was a savant who understood the web as few ever did. His résumé starts in his early teens and includes his involvement in the creation of the RSS feed, the social news site Reddit, and various hubs for information-sharing and leftist activism. This also made him the ideal target for a government determined to control information that Swartz believed was public knowledge. In the lead-up to a trial on multiple felony charges, with a sentence of up to 35 years in jail and a $1 million fine if he was convicted, Swartz committed suicide. He was 26.

That’s 35 years and a $1 million fine for maybe the nerdiest crime ever committed. Since his involvement at age 15 with Creative Commons, a non-profit devoted to a less-restrictive approach to copyright (the phrase “some rights reserved” is theirs), Swartz had long lobbied for more expansive access to materials on the Internet. He was particularly bothered by information intended for public use, but kept in digital libraries that charge prohibitively expensive fees for documents. One such library is JSTOR (short for “journal storage”), an academic digital archive. Swartz took advantage of an arrangement MIT had with JSTOR, which allowed free downloads of academic papers and journals from MIT’s data network; he tapped into the network and downloaded massive amounts of data, presumably intending to offload them onto a file-sharing site. He was caught, arrested, and pled guilty to the crime, but the number of felonies escalated from four to 13, as Assistant U.S. Attorney Stephen Heymann, a “computer crimes” specialist out of Boston, was determined to make an example of him.

On this last point, director Brian Knappenberger is unambiguous. He wasn’t able to score interviews with Heymann or anyone else from the U.S. Attorney’s office that worked on Swartz’s prosecution, but The Internet’s Own Boy is the type of documentary that isn’t interested in complicating its presumptions. That isn’t to deny the strength of Swartz’s case, or the government’s guilt in terms of prosecutorial overreach. But Knappenberger isn’t about giving equal consideration to each side’s facts and motives. It’s a call to action in the form of an adoring profile, which is effective (and affecting) strategy, but narrow, propagandistic filmmaking.

Still, Swartz was a fascinating and exceptionally accomplished figure, and Knappenberger does a fine enough job of sorting through his start-ups and initiatives, and making the technical language accessible to a general audience. (No small thing, that: The film points out that many of Swartz’s felonies fall under the 1986 Computer Fraud And Abuse Act, created in response to the outlandish scenarios in the movie WarGames. Technophobe cluelessness plainly hasn’t gone away in the decades since.) Drawing from a range of interviews with family members, romantic partners, and fellow Internet innovators who worked alongside him, the film presents Swartz as a restless, difficult character who wanted to change the world and didn’t want anyone telling him how. His successful marshaling of support against SOPA and PIPA, two severe anti-piracy initiatives that seemed certain to pass Congress, showed his unique power to turn the Internet into a grassroots force.

The Internet’s Own Boy draws a clear connection between Swartz’s influence and the government’s eagerness to put him in his place, no matter his increasingly brittle psychological state as the months passed and the charges metastasized. But Knappenberger is guilty of prosecutorial overreach, too, when he links Swartz’s looming prison sentence to the broader problem of mass incarceration in America, or when he depicts the outpouring of support for Swartz after his death as the beginning of a movement. Though it doesn’t end with the requisite “For more information, please visit this website,” the film winds up feeling like the long setup to a pitch, not so much inspiring involvement in Swartz’s cause as actively stumping for it. The implications of Swartz’s life and death are enough without the extra prodding.

GoWatchIt: Buy. Rent. Stream The Internet's Own Boy: The Story Of Aaron Swartz