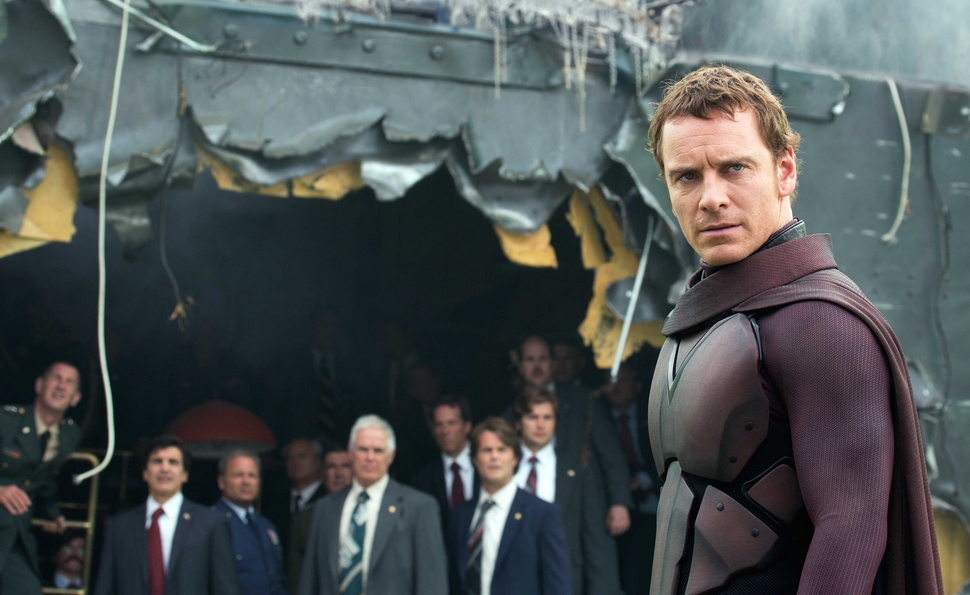 X-Men: Days Of Future Past

It’s been 11 years since Bryan Singer made an X-Men movie. When he left the franchise in 2003, he was one of the hottest young directors in Hollywood. But then came the disappointment of Superman Returns and Jack The Giant Slayer, and recently, he’s been hit with embarrassing sex-abuse lawsuits. To a man with that kind of history, the idea of erasing a dark future and returning to a bright past must seem like an intoxicating premise. Perhaps that was what drew Singer back to the X-Men, and specifically to Days Of Future Past, where Wolverine (Hugh Jackman) travels through time to prevent an apocalyptic war before it even begins. Like Singer, Jackman’s hairy, pointy hero goes back to Xavier’s School For Gifted Youngsters after a long time away, and finds a lot has changed in his absence.

Some of it has changed for the better. 2011’s X-Men: First Class, directed by Matthew Vaughn, introduced younger versions of the franchise’s core adversaries—peace-loving Professor Xavier (James McAvoy) and vengeful Magneto (Michael Fassbender)—who reinvigorated the series with intense, charismatic performances. Days Of Future Past uses a clever time-travel conceit to connect Vaughn’s new cast with Singer’s old one, so McAvoy and Fassbender share the film (and briefly, the screen) with their respective predecessors, Patrick Stewart and Ian McKellen.

The intricate plot, loosely based on a popular comic-book storyline written by Chris Claremont and co-plotted and illustrated by John Byrne, finds the surviving mutants of a dystopian future—including Kitty Pryde (Ellen Page) and Iceman (Shawn Ashmore)—sending Wolverine’s consciousness back into his 1973 body to change the key event that caused their misbegotten timeline. Back in 1973, the shape-changing Mystique (Jennifer Lawrence) assassinated Bolivar Trask (Peter Dinklage), the inventor of the mutant-hunting Sentinels that eventually slaughter most mutants and enslave humanity. Wolverine must rekindle Xavier’s faith, break Magneto out of the world’s most secure prison, broker a peace between the former friends turned sworn enemies, and find a way to prevent Trask’s murder.

It sounds complicated, but Singer deftly balances the dual timelines and casts. The action starts from the first scene, when the future X-Men fight the Sentinels, and it rarely lets up. On the plus side, that leaves little time to ponder the iffy mechanics of the film’s time-travel device. On the negative side, that leaves Singer little time to mine the mutants’ metaphorical value—as anything from minorities fighting for civil rights to adolescents grappling with the bizarre bodily changes of puberty—or to intermingle the stunts with romance and melodrama, as he did so effectively in his past X-Men films. Days Of Future Past is as overstuffed as a defective mattress, which means many strong characters are relegated to glorified—or, in the case of Rogue (Anna Paquin), un-glorified—cameos. Customers looking forward to seeing Halle Berry’s Storm, for example, should know that she has maybe 40 words of dialogue in the entire film.

The massive cast is a bit of a double-edged claw. McAvoy and Fassbender pick up right where they left off in First Class, Jackman remains the franchise’s sly, burly rock, and the reserved, pragmatic Dinklage is a refreshing change of pace from the outlandish villainy that’s infected most superhero movies of late. The rest beyond that core foursome exist solely to deliver exposition and show off their powers at the appointed times. That said, it’s so cool when they use their powers at the appointed times. Standouts include Blink (Fan Bingbing), who can create teleportation portals, and Quicksilver (Evan Peters), who can run at super-speed. He’s the star of Days Of Future Past’s literal and proverbial show-stopping sequence, a gunfight at impossibly fast velocity that’s easily the most exhilarating and innovative thing in any X-Men movie since the Nightcrawler teleportation sequence that opened Singer’s X2.

The effects are cutting-edge, but Days Of Future Past’s vibe is pleasantly retro, right down to the period 1970s fashions. At first, the bleak future sequences and surprisingly intense violence look like concessions to the modern trend toward grim-and-gritty blockbusters like Man Of Steel. But the movie brightens as it goes, and when Professor X insists that destinies can always be changed—and then the X-Men work together to erase their dark, dystopian surroundings—it’s as if a lighter, more uplifting flavor of popcorn movie is taking back its territory from the dour, depressing superheroes of recent years. The message is a lovely one, if not particularly zeitgeist-y: It’s about hope for the future.

That’s the sentiment that has made the X-Men one of the most enduring comic-book series in history. At its best, Days Of Future Past feels not just like an X-Men comic book, but like an X-Men comic-book crossover, the semi-regular events where heroes from different series get together to tackle a threat none of them could face alone. Like Days Of Future Past, crossovers in comics tend to be light on character development. But when they’re good, the huge stakes and epic scale of the action make them hard to put down.

That’s essentially what Singer creates here: an unstoppable juggernaut of adventure, and his best film since X2. Working with his longtime cinematographer Newton Thomas Sigel and editor/composer John Ottman, he creates an impressive amount of visual and tonal continuity between his old films and this new one, despite all the years and (sometimes terrible) sequels that have come and gone in between. After Wolverine arrives in 1973 and reunites with Xavier, they head down to the school basement to fire up its mutant-locating machine, Cerebro. “When was the last time you were down here?” Wolverine asks. “A lifetime ago,” Xavier replies. It may feel that way to Singer too, but from the audience’s perspective, it’s like he never left.