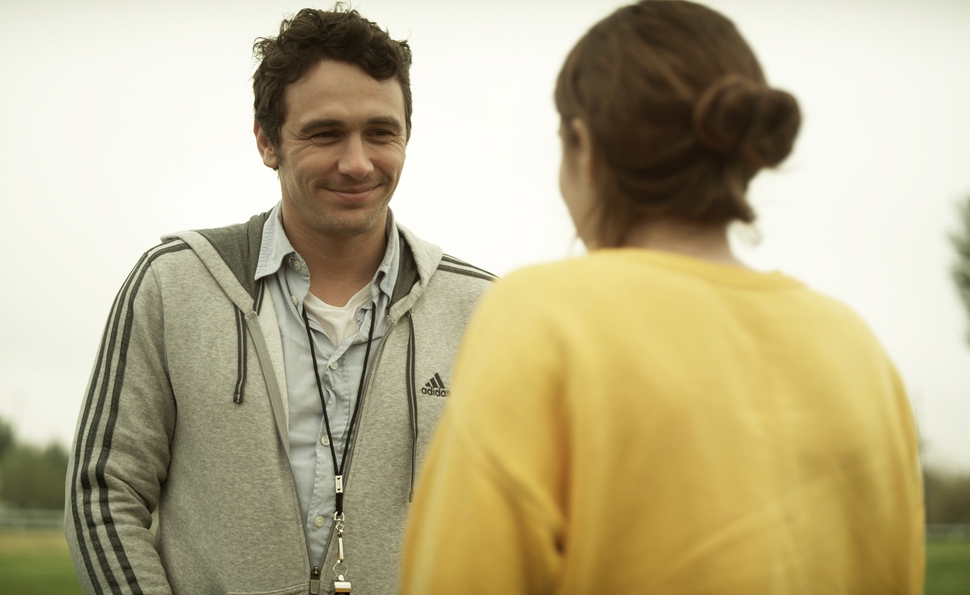 Granddaughter to Francis Ford, niece to Sofia, writer-director Gia Coppola ushers in a third generation of Coppola filmmakers with her debut feature, Palo Alto, which seems more like cloning than a genetic wonder. Based on James Franco’s short-story collection, Palo Alto finds the kids of today a lot like the Kids of Larry Clark and Harmony Korine nearly two decades ago—aimless, unsupervised, hedonistic, predatory—but views them through the uncannily dreamy, feminine lens of Sofia’s The Virgin Suicides. The mimicry is so pronounced that it’s hard to locate a distinct, original sensibility beyond the film’s apparent influences. But talented young directors often need time to develop into singular ones, and there’s value in Coppola’s sensual, always-sympathetic feel for lost adolescents.

It helps that Coppola gets an anchor in Emma Roberts’ heartbreaking performance as April, the central figure in a series of loosely intertwined subplots. The common denominator among all these high-school characters is a dangerous lack of self-assurance; they’re teenagers—not fully formed, given to reckless experimentation, and prone to devastating mistakes. First seen sneaking a smoke during soccer practice, April has a rebellious streak, but she’s sensitive and prim, too, the lone virgin in her circle of friends. She has eyes for Teddy (Jack Kilmer), an essentially sweet kid whose association with Fred (Nat Wolff), his erratic and sociopathic best friend, has landed him in legal trouble. With Teddy out of the picture for various reasons—misunderstandings, missed connections, community-service obligations—April becomes easy pickings for her soccer coach, Mr. B (Franco), a single father who doesn’t exclude student babysitters from his dating pool.

Palo Alto has the lumpy quality of strung-together short stories, but the film’s episodic nature is relieved by characters who are better defined than they might have been if they were all serving a single narrative. A subplot involving Emily (Zoe Levin), the class lay, isn’t as compelling and substantial as April’s misadventures, but it feeds into the film’s overall impression of teenage girls having to contend with sexual aggression. Emily and April don’t interact much, but there’s a connection between the expectant boys who approach Emily at parties and the way Mr. B seizes on April’s insecurity. Fred’s sense of self-loathing and entitlement makes him perversely compatible with Emily, whose self-loathing has turned her into a servant of boys’ desires; Mr. B is a monster, but not of the fang-bearing sort—he ingratiates, manipulates, and subtly picks April apart. In both cases, these strikingly different girls lack the defenses to fend them off. They’re still children, easily exploited.

Still, there’s no shaking the familiarity of the misbehavior on display in Palo Alto, which doesn’t feel specific to any time and place, despite the title. The boozing, sexual escapades, and random destruction are stock Clark or Gus Van Sant, and there’s nothing especially fresh, either, about Coppola’s secondhand mode of arty anomie. Against these clichés, the film’s profound identification with its teenage characters is ultimately its saving grace. Though they convene in school hallways and house parties, the kids in Palo Alto are, to a person, lonely and confused, dealing with parents who either misunderstand or neglect them, and peers who cover their own insecurities with a tribal instinct toward cruel conformity. Coppola feels like their invisible friend, the one person who’s taken the time to understand them, and Palo Alto is warm with empathy.