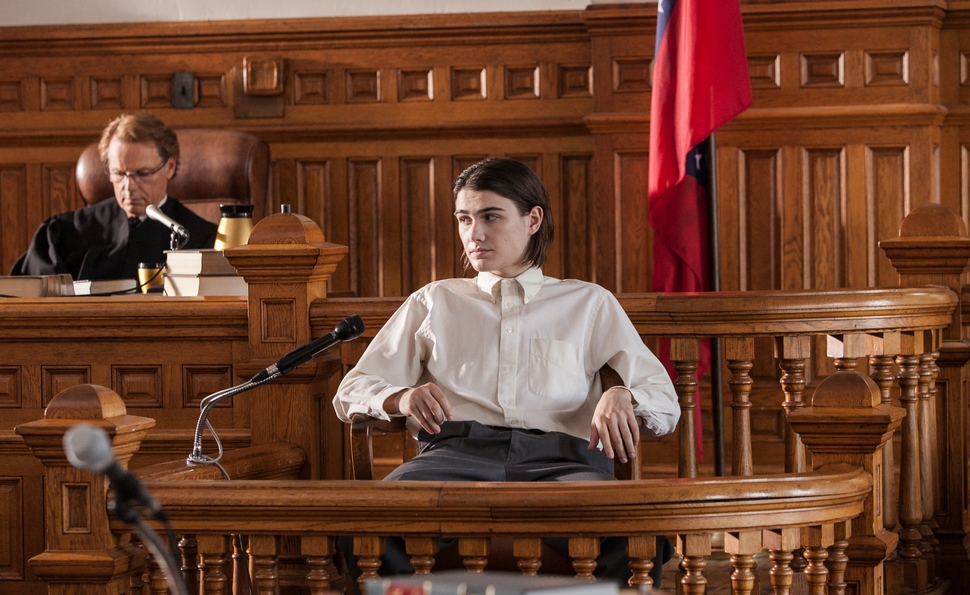 Every now and then, for a few scattered moments, Atom Egoyan’s Devil’s Knot becomes a Atom Egoyan film—but then the movie keeps slipping away from him. Based on Mara Leveritt’s non-fiction book, Devil’s Knot recounts the story of the three teenagers later dubbed “the West Memphis Three,” who were accused of molesting and ritually killing three younger boys in a lower-middle-class Arkansas community in 1993. The case and its aftermath have been covered in multiple books and documentaries, including Joe Berlinger and Bruce Sinofsky’s Paradise Lost trilogy for HBO, and Amy Berg’s recent West Of Memphis. Each of these projects has a particular slant, tackling Southern culture, institutional biases, grassroots advocacy movements, and suspects who were insufficiently investigated.

Initially, Egoyan and screenwriters Paul Harris Boardman and Scott Derrickson look like they’re going to focus on the mother of one of the victims, using her grief to explore eerie existential mysteries—like Egoyan’s The Sweet Hereafter. Reese Witherspoon gives a heartbreakingly frazzled performance as Pamela Hobbs, who begins to slip into depression and dissociation after her son is found mutilated in the woods near her West Memphis home. The most effective scenes in Devil’s Knot adopt Pamela’s point of view, showing her neighborhood as a shadowland where children are constantly at risk of falling off their bikes, or of straying too far past the ominous stop sign at the end of the cul-de-sac. At one point after the murder, Pamela interrupts an elementary-school class to hand in one of her son’s old assignments, and as she stands around waiting for the teacher to grade it, her sense of loss comes across more strongly than it has in any of the various West Memphis Three documentaries.

But Devil’s Knot too quickly strays from Pamela Hobbs. The movie’s other major character is Ron Lax (played by Colin Firth), a private investigator who becomes convinced that the evidence in the case doesn’t support the state’s theory that three fairly passive teenage heavy-metal fans planned and executed a violent Satanic ceremony. Devil’s Knot makes some effort to round Ron into a character by dwelling on his personal troubles, but Egoyan, Boardman, and Derrickson don’t go anywhere thematically fruitful with these details, which quickly get overwhelmed by all the other pieces of the story. This is a case that has filled up more than six and a half hours of screen time in the Paradise Lost documentaries. The two hours of Devil’s Knot can’t even begin to capture all its nuances, and as Egoyan and company keep squeezing in more of the major figures, the movie becomes like the expurgated, high-school theater version of Paradise Lost, except with Bruce Greenwood, Elias Koteas, Amy Ryan, and Alessandro Nivola playing some of the parts.

There’s still a powerful theme in play here, having to do with how people often only recognize the aspects of a story that make the most sense to them. If a community believes Satanism is a real scourge, and the evidence suggests the possibility of devil-worship, it becomes easier to pick and choose only the facts that support the suggestion. Occasionally, Devil’s Knot picks up on the idea first advanced in Paradise Lost, that the prosecution of the West Memphis Three developed its own unstoppable momentum, born of the Arkansas justice system’s arrogant certainty that merely asserting an idea makes it true. But Devil’s Knot pivots off this to take some potshots at Southerners’ taste and intelligence, and those insults aren’t just irrelevant, they’re off-base. The cops and lawyers who put away the West Memphis Three weren’t dumb—they were just dangerously sure of themselves.

What’s most frustrating about Devil’s Knot—especially for longtime Egoyan fans—is how generic the movie becomes every time it folds another wrinkle into the case. Mychael Danna’s flute-laced score is evocatively moody, and Devil’s Knot becomes legitimately thought-provoking whenever the characters contemplate the mystery of what happened to these boys and why. But Egoyan doesn’t seem to have any idea what to do with all the routine courtroom/procedural business, where people stand around reciting names, dates, and pieces of evidence.

Perhaps Egoyan and his collaborators felt constrained by the source material. But if anything, filmmakers who adapt complicated true stories should feel less constrained, because with so many potential angles to cover, they can feel free to ditch a lot of them, choose the facts they most care about, and express their own slant on real-life events. With Devil’s Knot, Egoyan doesn’t make this material his own, so much as he halfheartedly restages what a few good documentarians have already shot. Anyone could’ve made this movie. Too many already have.