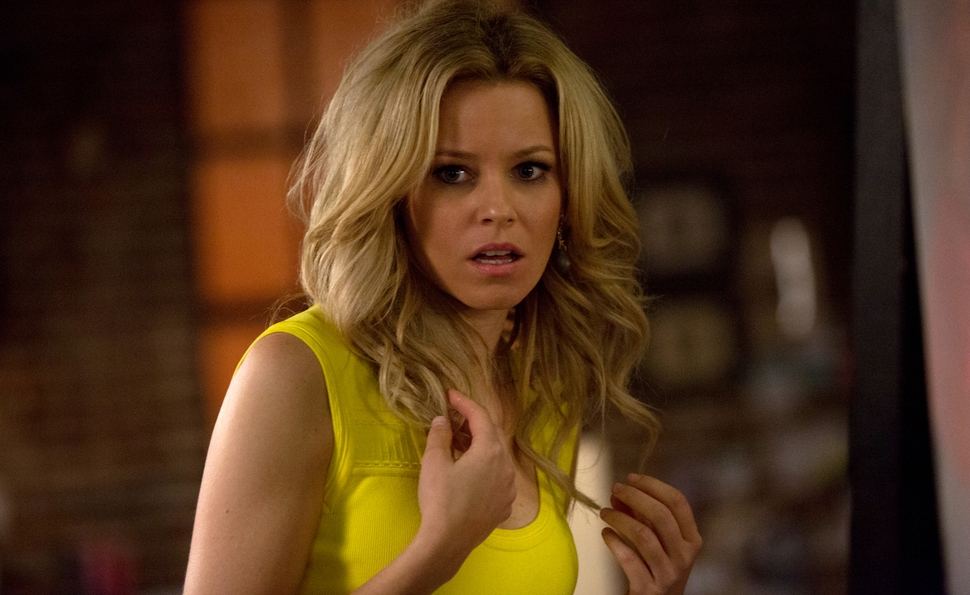 Though Martin Scorsese’s brilliant dark comedy After Hours, scripted by a young Joseph Minion, is driven by the surreal torments of New York after dark, at its heart is a fear of women. Its put-upon hero heads into the Soho art district with the promise of getting laid—or at a minimum, getting a papier-mâché bagel-and-cream-cheese paperweight—and winds up jettisoned from one crazy situation to another, all in a quest to get home. He’s punished for his desires, and often, incomprehensible women mete out that punishment, seeming to prey on his obliviousness. The dire new comedy Walk Of Shame offers itself as a gender-reversed After Hours, substituting Los Angeles for New York, and casting Elizabeth Banks as the luckless urban Odysseus journeying across the city. It’s a clever conceit, not least because it answers After Hours’ phobia with a more expansive idea of what women can be. If only it weren’t so desperately unfunny.

Written and directed by Steven Brill, who previously steered Adam Sandler’s career into the ditches of Little Nicky and Mr. Deeds, Walk Of Shame does well to cast Banks, a specialist in daffy humiliation comedy, as a local newswoman who allows herself one terrible night on the town. After her sleazy fiancé moves out and a hoped-for promotion to a network job seems to fall through, Meghan (Banks) gets cajoled by her friends, Rose (Gillian Jacobs) and Denise (Sarah Wright Olsen), to put on a canary-yellow minidress and go barhopping with them. Countless shots of tequila later, Meghan wakes up in the apartment of a friendly bartender (James Marsden) and attempts to make a quiet getaway into the pre-dawn morning, only to discover that her car (with her purse inside) has been towed, and she left her phone in the dude’s apartment. Thus begins a perilous hustle through L.A.’s worst neighborhoods in a party dress and high heels.

Meghan tries to get a ride from an officious cab driver, who mistakes her for a hooker. She stumbles through an underpass populated by hookers, where two overzealous cops (Ethan Suplee and Bill Burr) mistake her for a hooker. She gets some help from a corner crack dealer, though he also mistakes her for a hooker. She tries to ride a city bus without fare, which enrages the bus driver and the passengers, who assume she’s a hooker. And on and on it goes, with Meghan’s rational protests falling on one set of deaf ears after another, as the same comedy of misunderstanding plays out ad infinitum. Banks tries to vary her approach, oscillating between friendly pleas and “Oh, c’mon!” exasperation, but Brill keeps hammering the same notes, like a club-fisted Philip Glass.

There are incidental pleasures here and there, mostly from Jacobs as a take-no-prisoners type who’s as aggressive in getting Meghan out of trouble as she is in getting her into it, but Walk Of Shame has none of the offbeat flavor of a movie like After Hours. Brill’s Los Angeles, with its crack-houses and shady ethnic types, seems to come from a reactionary crime movie circa 1985, and despite its indie roots, it has the soft edge of Hollywood rom-com formula. Walk Of Shame wants to make a statement about how women, especially public figures like Meghan, have to maintain a “good girl” image, but it eventually gives in to the fantasy that stepping outside the lines produces no consequences. Brill’s point that there should be no such thing as a “walk of shame” is a good one, but he lacks the conviction to see it through honestly—or humorously.