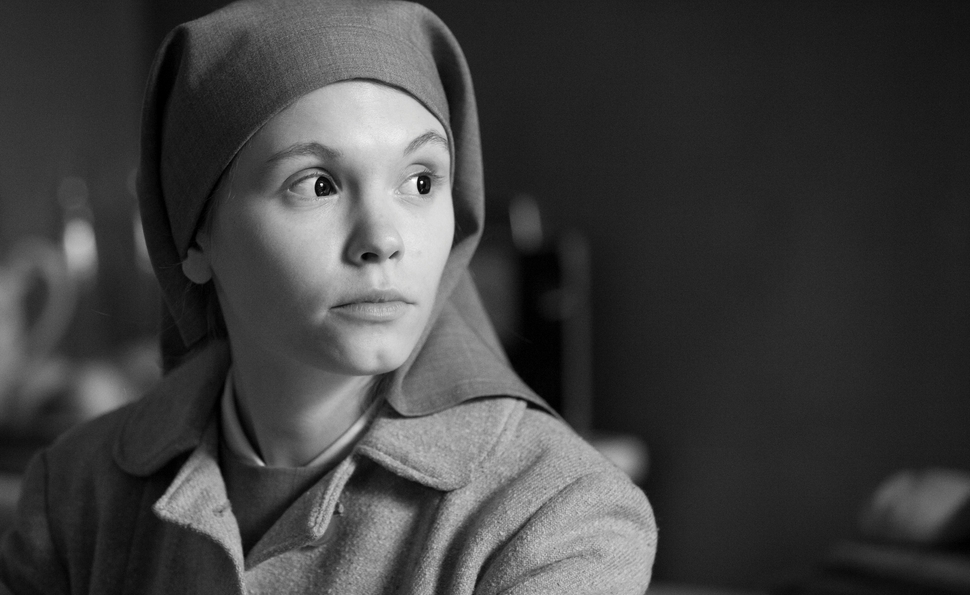 When Pawel Pawlikowski’s Ida opens, the eponymous heroine knows nothing about herself, including her name. Called “Anna” at her orphanage when she was a child, and now at the convent where she’s awaiting her vows, the character starts out tucked into the bottom corners of Pawlikowski’s Academy-ratio frame. She’s made to look dwarfed by the world around her, which contains knowledge that will be too much for a naïf like her to bear. This is Poland in 1960, and Anna’s true family history is bound up with the dark history of her country during World War II and its immediate aftermath. Her Mother Superior wants her to learn about her past before saying her vows, but she gets more than either one of them might have bargained for. For one thing, her name is Ida. For another, she’s Jewish.

Rebounding strongly after the disappointing exercise in literary gamesmanship The Woman In The Fifth, co-writer/director Pawel Pawlikowski (My Summer Of Love) returns to the bleak, stripped-down austerity of his superb 2000 breakthrough feature, Last Resort. In addition to the 1:33-1 box of movies past, Pawlikowski and his cinematographers, Ryszard Lenczewski and Lukasz Zal, shoot in a black-and-white that’s stark in some scenes, expressive in others, and at all times focused on his actors’ faces. The off-center framing and Ingmar Bergman-esque mood of punishing asceticism can seem mannered, but more often, it lends clarity and focus to a story of devastating power.

Anna (Agata Trzebuchowska) is ordered to pay a visit to the woman described as her only living relative, Aunt Wanda (Agata Kulesza), who lives close to the convent. When Anna asks directly why Wanda didn’t claim her at the orphanage, Wanda puffs on a cigarette and flatly says they would not have been good company. As this odd couple—prim, innocent, Bible-clutching Anna; boozing, cynical, worldly Wanda—hits the road in search of information about Anna’s parents (and Wanda’s sister and brother-in-law), it becomes obvious why. Anna’s parents were murdered during the Nazi occupation. She and Wanda, who became an operative inside the Communist Party after the war, head to a country village to find the men responsible for killing her parents, and see where their bodies are buried.

As if these revelations about her identity and her family history weren’t enough to shake Anna’s faith, she also gets introduced to John Coltrane and the handsome saxophonist (Dawid Ogrodnik) who plays his music at a local dance hall. But Ida is as much about Wanda’s discoveries as her niece’s, and Pawlikowski invites the audience to consider their stories in the larger context of a country that not only absorbed atrocities, but perpetuated them, too. Ida’s piercing intimacy makes the deepest impression, but its vision is deceptively wide-reaching despite a scale that’s deliberately pared-down and small. For a young nun who knows nothing of herself and the outside world, this journey through the past is an eye-opening experience; for viewers, likewise.