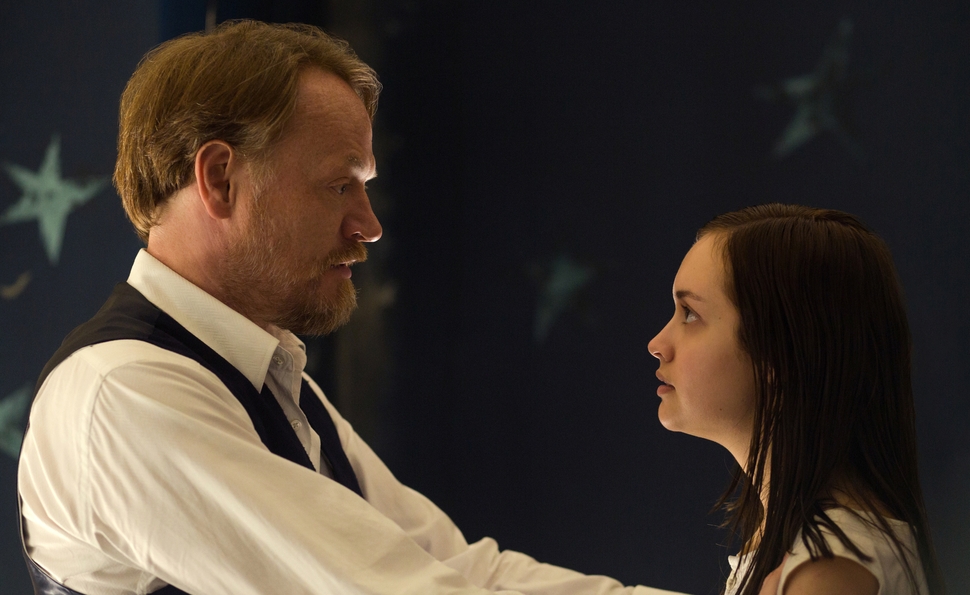 It was only a couple of years ago when moviegoers could expect to see good ’ol celluloid threaded through the projector at their local theater, just as they could for a century before that. And yet with horror films like Sinister and the new Hammer production The Quiet Ones, it has become one of those creepy relics of the past, like a Victrola or an old music box—some ancient, cursed thing that should have never been brought down from the attic. In the case of The Quiet Ones, the celluloid is not discovered but essential to the process of documenting a psychic experiment at Oxford in 1974. Yet the effect is the same: Lots of scratched-up frames, clapperboards (substituted here by jarring handclaps), and splice jumps, as creepy and jarring in form as the demonic evil the film is documenting.

In The Quiet Ones, the wielder of this antiquated technology is Brian McNeil (Sam Claflin), a naive audiovisual nerd who agrees to shoot footage for Joseph Coupland (Jared Harris), an Oxford professor who specializes in paranormal psychology. Though word of the professor’s bizarre experiments leads the university to wash its hands of him, Coupland convinces Brian and two other students, the sexually provocative Krissi (Erin Richards) and would-be scientist Harry (Rory Fleck-Byrne), to move their operation to an estate off campus. Their subject is the deeply disturbed Jane Harper (Olivia Cooke), an orphan who has been in and out of foster homes for the strange and terrifying disturbances that swirl around her like a storm. Coupland wants to save Jane by having her bad psychic energy extracted and transferred elsewhere.

Harris’ wondrous arrogance as Coupland nearly justifies The Quiet Ones, because he’s so absolutely certain of a methodology that’s so absolutely incoherent. He wants to save Jane by externalizing and isolating the bad telekinetic energy within her, but how he intends to make that happen is never quite clear. (And it’s also possible that his assumptions about the source of her troubles is false.) The film becomes an inadvertent study of the power professors have over students who trust their authority and vision blindly, rather than see flaws that should be readily apparent.

Despite the period trappings, the elite academic setting, the Hammer label, and all other signs that The Quiet Ones is more sophisticated than it seems, the film is ultimately a stock demon-possession thriller, a pitched battle for the body and soul of an innocent young woman. Brian’s camera exists mainly as part of an aggressive effects package, another layer of spooky imagery to add to the low-pitched growls and high-pitched shrieks that fill up the soundtrack. The film seems to mimic Coupland’s scientific method: Throw everything into the beaker, crank up the Bunsen burner, and hope the experiment works. In both cases, it doesn’t.