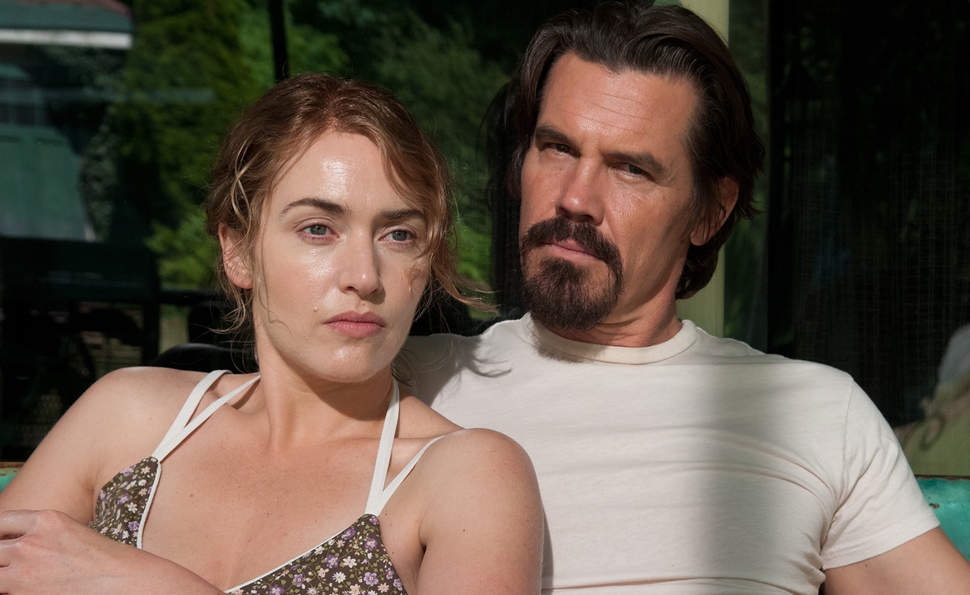 The peaches are ripe in Labor Day, Jason Reitman’s adaptation of a Joyce Maynard novel, and if they aren’t eaten right away, the entire basket stands to go rotten. The peaches in this scenario represent Adele (Kate Winslet), a lonely single mother who’s bruised by the past and nearly swamped by depression and creeping phobias that threaten to take over her life. But along comes Frank (Josh Brolin), an escaped convict who’s dangerous yet tender and attentive, and he knows exactly what to do with a pile of ripe peaches: make a pie with Adele and her adolescent son Henry (Gattlin Griffith). Okay, so the sex metaphor collapses like overworked crust, but there’s still enough heat in the kitchen to recall Patrick Swayze, Demi Moore, and The Righteous Brothers in Ghost.

The pie-making sequence is pivotal in Labor Day: It’s the moment where the audience has to believe that Adele trusts or desires (or some balance of both) Frank enough to risk her life and her son’s life on a convicted murderer. The way it plays so laughably, like a scene from a gussied-up romance novel, fatally damages a drama that never entirely finds its rhythm. Reitman has placed a not-unreasonable bet that sensual creatures like Winslet and Brolin can convey the passion necessary for their relationship to make sense, but the film carries itself too stiffly, like it’s so afraid of making the wrong choices that it doesn’t make any good ones. It’s a James M. Cain story with a James Ivory execution, and the whole thing lands like a sack of wet flour.

Told from Henry’s perspective, as filtered further through the reminiscences of his adult self (Tobey Maguire narrates as older Henry), Labor Day settles on the intense relationship between mother and son. Henry tries to take care of Adele as a partner would by cooking her breakfast in bed, doing dishes and chores, and even hand-crafting a “coupon” book for husbandly services. But as a seventh-grader, he’s becoming more acutely aware of the needs he can’t satisfy. That’s where fate steps in. While reluctantly shopping, Henry gets pulled aside by a stranger who’s bleeding through his shirt, but manages to coerce the boy and his mother to drive him back to their place and give him temporary shelter. Frank is a convicted murderer who escaped the hospital after an appendectomy, but Henry and Adele feel curiously unthreatened by both this volatile character and the manhunt on their doorstep. Frank has a disarming way about him, and he immediately becomes the man of the house, taking care of the many practical and prurient things that Henry is ill-equipped to do for his mother.

Brolin does everything he can to sell this scenario, projecting a masculinity that’s quiet and forceful, yet not lacking in sensitivity. This broken family needs him, and Reitman does well in showing how readily Frank eases into a vacated role without Henry and Adele questioning it too much. But that absence of tension becomes another kind of problem, exacerbated by stingily doled-out flashbacks explaining the violent crime that landed Frank in jail. Reitman wants the flashbacks to play like the haunted echoes of Frank’s mind, a constant source of guilt and sadness. But combined with the turgid melodrama and the reminiscences from adult Henry, they just weigh the film down further. Labor Day courts descriptors like “subtle,” “mature,” and “restrained,” but the consequence of that is lifelessness, the absence of energy in the name of good taste. It’s dead on arrival, leaving a beautiful corpse.