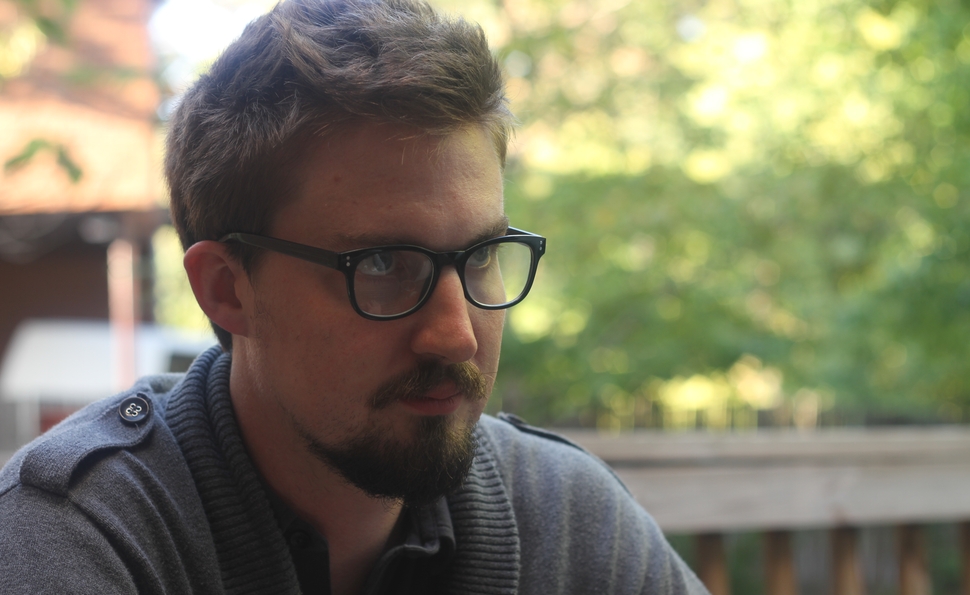 There’s an arch double meaning to the word “exposures” in the title of Joe Swanberg’s latest feature—his ninth in the past three years, incredibly. One of the film’s main characters is a photographer, so the obvious reference is to his negatives. It’s no accident, however, that this photographer’s favorite subject is naked women, a theme that’s also appeared with some regularity in Swanberg’s oeuvre. Running a scant 74 minutes, 24 Exposures is a transparent auto-critique (or self-justification, depending on how you look at it) in the form of a rather vague thriller, and doesn’t work particularly well in either mode. When Woody Allen attempted something similar in Deconstructing Harry, it genuinely felt as if he were wrestling with his own demons, however clumsily; Swanberg, who once got in the boxing ring with a film critic (and beat the snot out of him), just seems to be thumbing his nose at anyone who dismisses his work as perv-driven.

One of the biggest problems with the particular shoestring-indie crowd to which Swanberg belongs (and which he largely spearheaded) is that all of the auteurs a) think they can act and b) keep casting each other. In this case, You’re Next director Adam Wingard (who also co-directed Autoerotic with Swanberg; both contributed shorts to V/H/S) plays Billy, a photographer who specializes in fetishized crime-scene portraits depicting nude or partially nude female corpses. He has a live-in girlfriend, Alex (Caroline White), who serves as his assistant, and early on, they engage in a threesome with one of their models, Callie (Sophia Takal). It soon becomes clear, however, that Billy selects models primarily on the basis of his sexual attraction to them, and when he engages in after-hours fun with a new favorite (Helen Rogers) while Alex is out of town, heated words get exchanged. Meanwhile, a depressed cop (Simon Barrett) is investigating a series of homicides, all involving young women who look just like Billy’s models.

That mention of a cop may seem like a strange afterthought, and that’s how it comes across in the movie, too, even though he and Billy improbably become drinking buddies (following a routine interrogation), then collaborators. Occasional prowling-camera spookiness serves as a cynical red herring, and the question of who’s killing these women is decidedly secondary to the question of whether Billy’s prurience and his artistry are usefully symbiotic. Since Swanberg seems more invested in the film’s languid softcore sex scenes than in interrogating his protagonist’s psyche, the camera-as-mirror routine remains on a facile surface level, and it doesn’t help that Wingard, his goatee notwithstanding, never remotely resembles a person with genuinely creative impulses. At best, 24 Exposures plays like a self-conscious joke, though whether that joke is intended to be on the viewer, Swanberg himself, or both isn’t terribly clear. At least five women get naked in it, though, if that’s your thing. It’s definitely somebody’s thing.