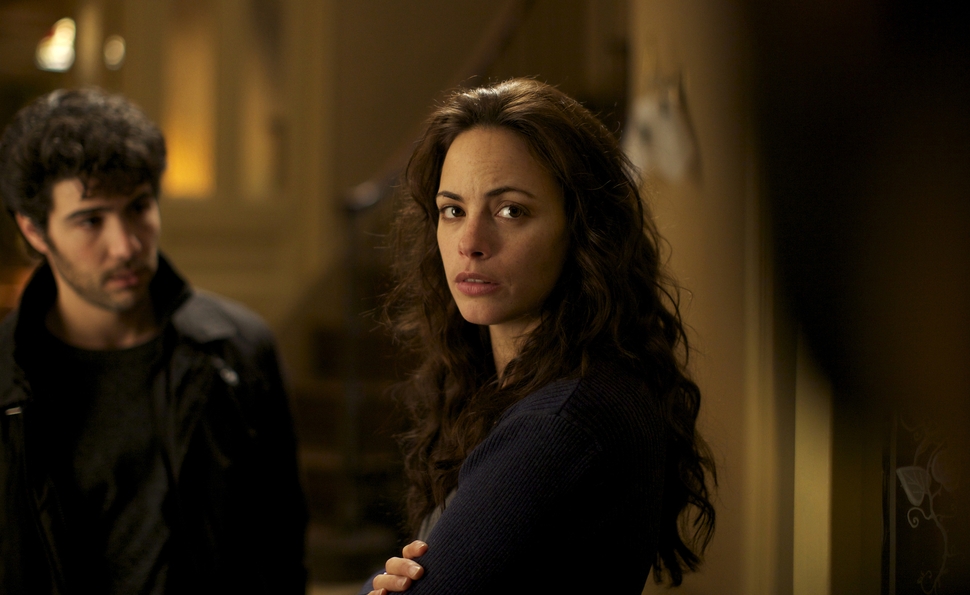 The last two films from Iranian writer-director Asghar Farhadi—2011’s A Separation and now The Past—have quickly established him as one of the world’s premier dramatists, capable of turning domestic crises into a prismatic array of motives and perspectives. Though both are generally about the dissolution of family and the anguish it causes for everyone, particularly children, each focuses on a single incident that clarifies the feelings of multiple characters. Farhadi waits until the second act to get there, patiently establishing the context first, but when it arrives, it comes with a dramatic urgency that’s absolutely gripping, because the audience understands exactly where everyone’s coming from, and why they’re all operating at cross purposes. He respects that human beings are complex organisms, and that life is full of misunderstandings and different understandings. The Past articulates those truths with devastating care.

A companion of sorts to A Separation, which follows a marriage that’s falling apart, The Past begins four years after a couple’s separation, when they’re finally getting together to make the divorce official. Flying into Paris from Tehran, Ahmad (Ali Mosaffa) expects a civil parting of the ways with his soon-to-be-ex-wife Marie (The Artist’s Bérénice Bejo) and a nice visit with her two daughters from another relationship, the troubled teenager Lucie (Pauline Burlet) and the younger, cheerier Léa (Jeanne Jestin). But he’s ushered into the hornet’s nest, forced to mediate a brewing conflict between Marie and Lucie over Marie’s new boyfriend Samir (A Prophet’s Tahar Rahim), whom she intends to marry. The sticking point: Samir already has a wife, who’s currently in the hospital in a coma from which she appears unlikely to recover. Lucie strongly objects to her mother’s plans, and the truth behind how Samir’s wife fell into a coma is at issue.

Bounced from one aggrieved party to another, Ahmad initially appears to be the audience’s surrogate—or at least a guide to the unfolding events—but Farhadi doesn’t let him off the hook, either. Four years after Ahmad’s relationship with Marie effectively ended, it isn’t a closed book, nor are his relationships with her two daughters, who don’t call him “dad,” but still share a closeness with him that can’t be signed off with the divorce papers. Marie tasks him with easing the tension between her and Lucie, but Ahmad is a source of tension all his own, and occupying the same house as Samir and Samir’s confused, bitter young son Fouad (Elyes Aguis) exacerbates the problem more than it settles it.

The Past’s primary theme is right there in the title: Marie, Ahmad, and Samir want to move forward with their lives, but they’re tethered to old mistakes and emotional baggage that prevent them from making a clean break. The emotional stakes could not be higher—like A Separation, the film is exquisitely agonizing in this respect—but Farhadi isn’t merely bringing the melodramatic pot to a boil. He develops each of the five main characters (the three adults, plus Lucie and Fouad) so thoroughly that the audience understands their motives and why they come into conflict. That may sound like a fundamental part of drama—and it is, to an extent—but Farhadi choreographs it with uncommon sophistication, twisting all the strands into a perfect knot.

In Farhadi’s moral universe, Marie initially appears to be the villain, the jezebel who brings one former partner into conflict with her husband-to-be and perhaps plays a sinister role in the tragic disruption of Samir’s marriage. But Farhadi isn’t interested in judging his characters so much as comprehending them in all their complexity, and registering the consequences of their actions, particularly on children. People hurt each other in The Past just as they do in A Separation—sometimes deliberately, sometimes inadvertently; sometimes out of noble instincts; sometimes out of selfishness—but Farhadi knows that fights between adults aren’t just direct hits. They also leave collateral damage.

GoWatchIt: Buy. Rent. Stream The Past