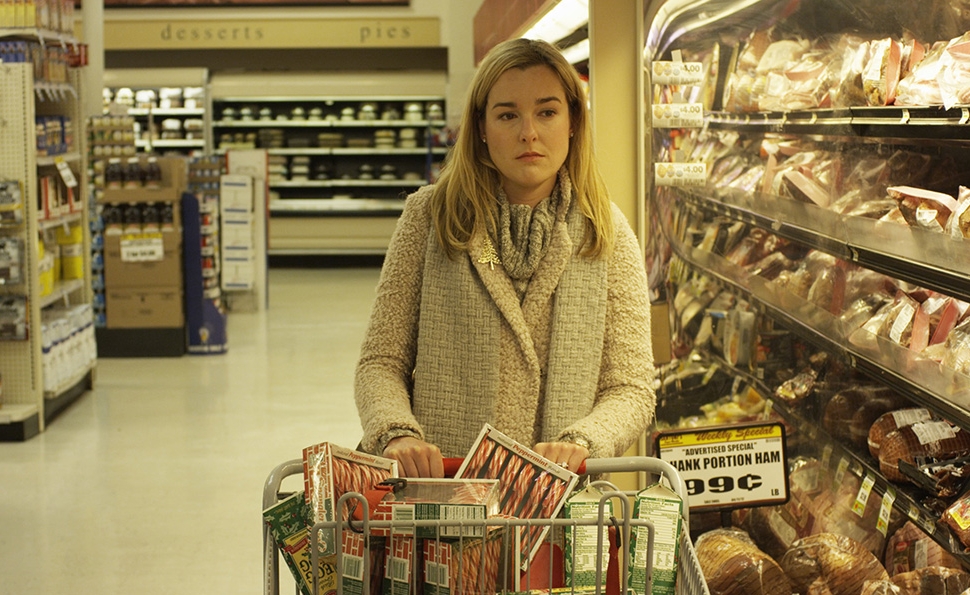 Early in the unexpectedly moving Yuletide comedy-drama White Reindeer, a nice, pretty, somewhat bland young real-estate agent named Suzanne Barrington (Anna Margaret Hollyman) learns that her husband, a popular local weatherman, has been murdered. She’s predictably overcome with grief, but what she discovers next proves almost as devastating: He was having an affair with a gorgeous black stripper named Fantasia (Laura Lemar-Goldsborough), and their relationship was emotional as well as physical.

The revelations about her husband, followed by the inopportune announcement that her own folks are splitting, completely destroys her sense of security. Suzanne forms an unlikely friendship with Fantasia, who becomes her guide to a shadowy nighttime world of stripping, cocaine, shoplifting, club-hopping, and partying. All that sad partying eventually leads Suzanne to accept an invitation to an orgy at the neighbors’ house. She’ll do anything to numb the pain, but nothing is extreme enough to cut through her thick wall of grief and confusion. White Reindeer makes smart comic and dramatic use of the juxtaposition between its protagonist’s heartbreaking fragility and the debauched realm of depravity in which she immerses herself, but the jokes generally serve the story’s emotions. The film executes its bad-taste gags with such delicacy and unexpected emotional truth that they don’t even seem like jokes. This is attributable largely to Hollyman’s fearless, convincing lead performance, which grounds the movie in a believable reality, no matter how crazy things become.

White Reindeer is charmingly modest and life-sized. For Scrooges looking to cut through the phony piety of the season with a low-key, naturalistic take on drugged-up Yuletide naughtiness, this winning little holiday sleeper should do the trick for folks who’ve taken in Bad Santa a few too many times.