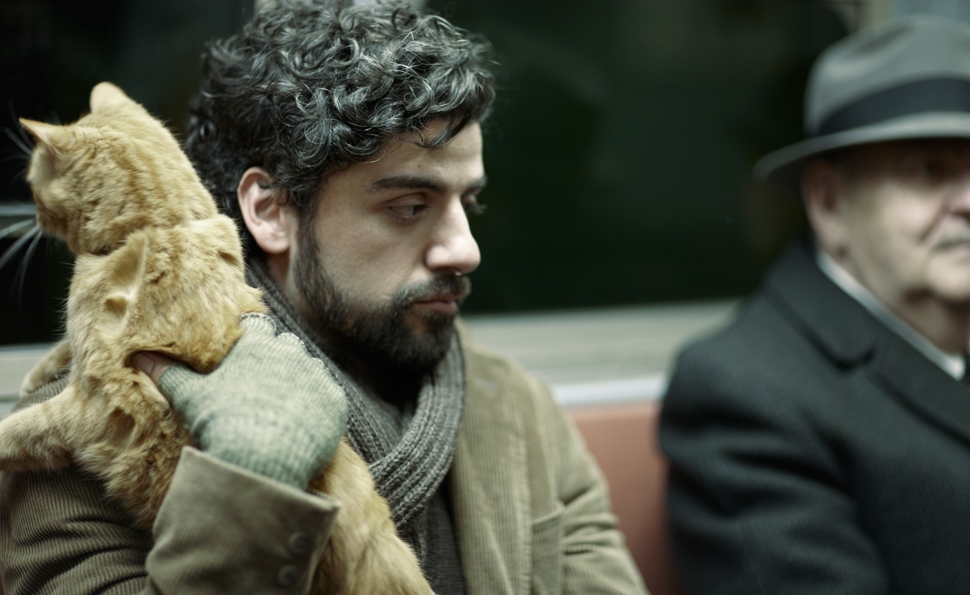 In Inside Llewyn Davis, Joel and Ethan Coen follow the circular path of Llewyn Davis (Oscar Isaac), a young folk singer traveling from couch to spare bed to floor in early-1960s Greenwich Village. At one point, he starts bunking with a cowboy-hat-clad fellow singer named Al Cody (Adam Driver). Cody is a nice guy who wears the hat as if born to it, so it takes even the ordinarily jaded Llewyn by surprise to learn Cody’s real name is Al Milgrum, and that he comes from parts no more distant than New Jersey. But such was the spirit of the place and the times, when singers could reinvent themselves through the songs they sang and the experiences they channeled to sing them—however far those experiences might be from their own.

Llewyn doesn’t obsess over authenticity, in part because he doesn’t really have time. A working-class son and former merchant marine, he could claim a more direct connection to the tradition he draws from for his act than most of those around him. (When he sings about having been around the world, for instance, he actually has.) But to survive, he has to depend on whatever kindnesses are extended to him, whether it’s a hot meal from the Gorfeins (Ethan Phillips and Robin Bartlett), a professorial couple who talk about him as their “folksinger friend,” or the support of Jean (Carey Mulligan) and Jim (Justin Timberlake), a well-scrubbed singing couple eager to see how far their talent will take them.

Llewyn and Jean have a history—and an unsettled one at that—which complicates matters. So does the Gorfeins’ cat, which accidentally ends up in Llewyn’s care. But Llewyn’s primary concern is just scraping by, whether via pass-the-hat coffee-shop gigs, royalties he suspects he’s owed on a record he cut with his former partner, session work on a novelty song Jim wrote in commemoration of John Glenn orbiting the Earth, or a last-ditch attempt to impress a star-making agent in Chicago (F. Murray Abraham). He isn’t optimistic enough to think his luck has to change. In fact, he isn’t optimistic at all. But his instinct to survive and his desire to sing keep him moving from place to place.

Inside Llewyn Davis depicts what seems to be only one chapter in an ongoing struggle. It alludes to tumult prior to the events of the film, and leaves Llewyn no better than it found him, though he may be a little wiser. In some respects, Inside Llewyn Davis resembles the Coens’ 2000 film O Brother, Where Art Thou?, another song-filled movie rich with sounds from a past chapter in the history of American music. Yet if Llewyn has a cousin in the Coen filmography, it’s Barton Fink, another young talent forced to look at the machinery of how art gets processed and sold. But where Barton Fink sometimes resembled a horror movie, Inside Llewyn Davis plays like an elegy. Its conclusions are more regretful than angry, and while the conflict between art and commerce is no less central, there’s much more emphasis on that conflict’s personal toll. That’s evident on Llewyn’s face, a map of irritation and disappointment whose contours only change when he’s performing, or on the rare occasion life throws him a surprise. Peevish and desperate, he’s rarely pleasant company, but Isaac, in a remarkable performance, makes it easy to feel the depths of his frustration. And when he sings, he sings in a voice that sounds like it needs to be heard.

Once again working with music supervisor T-Bone Burnett, here in collaboration with Marcus Mumford, the Coens give the film a soundtrack that surveys the era, from Llewyn’s moving interpretations of traditional songs to the clean-cut, mass-market-ready sounds of Jean And Jim and their ilk. It’s one of many touches that fill out the world of the film, which is filled with period detail and shot by Bruno Delbonnel as if through a wistful haze. (The Coens have cited the cover of The Freewheelin’ Bob Dylan as a visual reference.) It’s also filled with unmistakably Coen creations that borrow freely from the era, like the Doc Pomus-inspired Roland Turner (John Goodman), a musical purist whose ill health doesn’t interfere with his passion for cutting down forms of music he considers inferior to jazz (i.e. all of them), or the highway-straddling rest stop whose soft, cheery colors only make it look more alienating.

For Llewyn, the Coens drew loosely on the life of folk singer Dave Van Ronk, with whom Llewyn shares a few key biographical details. Van Ronk, who died in 2002, became a Greenwich Village fixture, highly respected in his field. But when he’s talked about these days, it’s often in the context of Bob Dylan, whom Van Ronk befriended in Dylan’s early Village days. In fact, history has flattened out in such a way that the entire Village scene sometimes gets reduced to a chapter in the history of Dylan, who took what he needed from it, then left it behind. That’s a gross oversimplification that ignores the vibrant, contradictory exchange of songs and ideas that happened there, and the people who brought the scene to life, like Van Ronk, Phil Ochs, Tom Paxton, and the many forgotten names who took the stage and kept a tradition moving forward, if only for the length of a song. The moment passed, leaving behind unsold records, unrealized dreams, and the passionate footnotes to history that made it all possible in the first place.