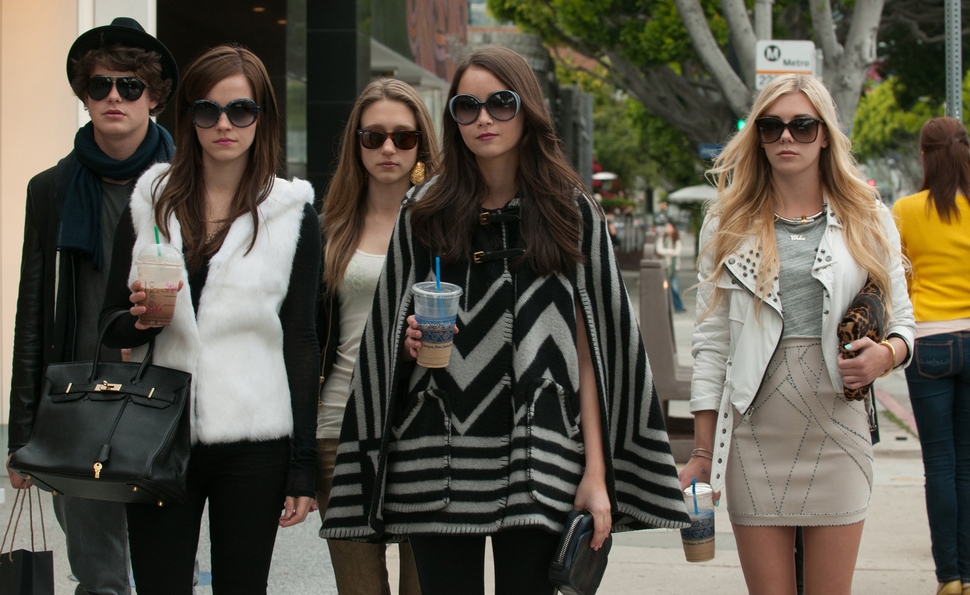 Sofia Coppola makes movies about life in a gilded cage, from the New York Stories short feature “Life Without Zoe,” which she co-wrote with her father at age 17, through her four previous films as writer-director (The Virgin Suicides, Lost In Translation, Marie Antoinette, and Somewhere). As the daughter of a world-famous auteur and vintner, familiar with the trappings of wealth and celebrity, Coppola understands the suffocating ennui that comes with privilege, but rarely to the point where she loses perspective. She doesn’t ask the audience to pity the rich so much as she exposes their myopia: In her view, wealthy people can’t see the world beyond their pink-shrouded bedrooms, five-star hotels, and lushly appointed palaces, and their cluelessness wavers between comedy and tragedy.

Coppola reverses the angle with her latest, The Bling Ring—based on “The Suspects Wore Louboutins,” Nancy Jo Sales’ Vanity Fair piece about a network of Hollywood Hills burglars—showing what it’s like to be outside the bubble looking in. It’s a more common fantasy, encouraged by gossip magazines and runway fashions, but taken to such an outrageous extreme that the film seems uncertain whether it’s laughing at their inanity, connecting with their star-crazy delirium, or some combination of the two. Coppola reveals that life for those on the wrong side of the velvet rope isn’t much different, beyond the desire for access: These characters are still penned in by celebrity, except they can only experience it secondhand, through the Chanel and Louboutins of red carpets past. The pleasure is intoxicating and addictive—and more than a little pathetic—but it isn’t the real thing, and the scent of it dims after each new job. Robbing Paris Hilton’s house five times doesn’t make you Paris Hilton.

Of the core five perpetrators, Coppola chooses to tell the story through Marc (Israel Broussard), the only one who possesses any kind of moral compass, though it’s instantly shattered. As the new kid at a high school full of truants and delinquents, Marc is happy just to find a friend; when the friend turns out to be fashion-and-fame-obsessed klepto Rebecca (Katie Chang), that doesn’t make him a thief so much as a conformist. With Rebecca as ringleader, a few more girls join the group, including Nicki (Emma Watson) and Sam (Taissa Farmiga), friends who get home-schooled by Nicki’s mom (a very funny Leslie Mann) with lessons gleaned from The Secret. Together, they break into the homes of celebrities like Hilton, Lindsay Lohan, Audrina Patridge, Rachel Bilson, and Megan Fox, running off with clothes, jewels, loose cash, and other accessories. They draw from such a vast treasure trove that the victims (Hilton especially) often don’t notice anything is missing.

It would be easy enough for Coppola to take shots at the vacancy of celebrity culture—and she’s certainly not above doing so, like in the scene where Mann unveils a “vision board” of Angelina Jolie—but she’s more interested in exploring its mysterious allure. What’s striking about these robberies is that the burglars are far from master criminals: They find the homes on Google, check the gossip blogs to see when a given star is at an awards show or out of the country, and often find the doors to these estates open, or find a key under the welcome mat. The victims may not want their houses robbed, but their Hollywood Hills residences are like giant jewel cases, a conspicuous display of wealth that they invite everyone to see. In the film’s most ingenious sequence, Coppola shoots a nighttime robbery of Patridge’s transparent dollhouse entirely from the outside, as if observing a fishbowl being skimmed.

Coppola grafts on a To Die For-like faux-documentary framing device for the purpose of satirical commentary, but The Bling Ring is mostly content to follow job after job, club after club, Facebook selfie after Facebook selfie, until the law finally catches up. Once the initial thrill of riding shotgun to these robberies starts to fade, the audience has little to do but wallow in amorality, absent any fresh perspective from Coppola. Unlike Larry Clark’s under-appreciated Bully, which turns another true story of teen debasement and criminality into a savagely funny dark comedy, The Bling Ring doesn’t have a particular angle on these crimes. It treats them much like Harmony Korine would, from a poetic distance that often feels like a tacit endorsement. (Then again, when Coppola gets explicit in the narration, she gives the game away, as when Marc says of Rebecca, “She wanted to be part of the lifestyle.”) 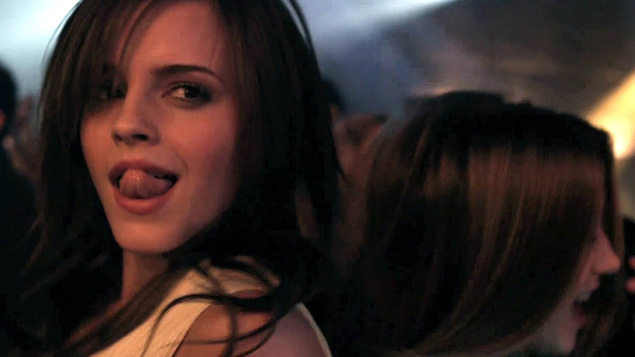 Coppola’s abundant talents as a sensualist are on full display in The Bling Ring, which registers the fun of being young and reckless, unbound to anything beyond chasing the next thrill. But here, she proves better at evoking feelings than examining them or putting them into context. Save for Marc, whose blank passivity would be tough even for actors more seasoned than Broussard to make compelling, the perpetrators have no interior lives; they’re products of celebrity culture, not humans afflicted by it. Spending time with them becomes a drag.