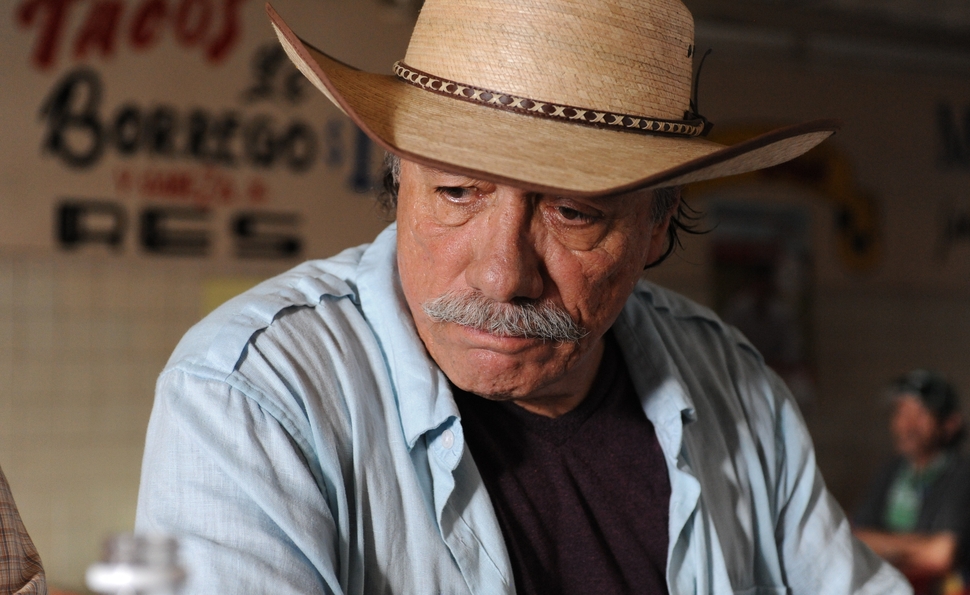 John Sayles’ Go For Sisters is his best film in more than a decade, and feels like one he could’ve made in the 1980s. It’s a small picture, simply presented, and exists outside of current trends—which isn’t always to its benefit. This is a movie about crime and drugs that ignores the past decade’s worth of hard-boiled TV shows that let the average, law-abiding pop-culture consumer in on the complex realities of the criminal underworld. Sayles’ crooks aren’t so finely shaded; they’re more like shadowy figures from a “say no to drugs” PSA. But Go For Sisters still does well what Sayles’ films have nearly always done well: It tells a story with enough accumulated detail that by the end, it feels like it’s really gotten somewhere.

Go For Sisters opens in a Los Angeles parole office, where Bernice (LisaGay Hamilton) has spent years listening to the lies of one hard-case after another. Then a new “client” walks in: Bernice’s childhood friend Fontayne (Yolonda Ross), who’s been in and out of prison and 12-step programs since they went their separate ways as teenagers. Bernice goes against her usual zero-tolerance policy and gives Fontayne the benefit of the doubt when she sees that her old friend has been violating parole by associating with known felons. (“You see where I live,” Fontayne says. “There ain’t nothin’ but that.”) In return, Fontayne helps Bernice go looking for her missing Marine-veteran son Rodney, by introducing Bernice to some local crime lords, who suggest that Rodney may have been kidnapped by Chinese gangs and taken to Mexico. Soon, the ladies are turning to a half-blind, retired LAPD detective named Freddy Suárez (Edward James Olmos) for his expertise at border illegalities.

As always with a Sayles film, Go For Sisters is well-researched, with a broader sense of history and culture than the average demimonde procedural. As Bernice, Fontayne, and Freddy head south, they cross paths with the “snakehead” gangs that  use Mexico as a staging ground for smuggling Chinese immigrants to the States, and get deeper into the regional quirks of Tijuana (described by Freddy as “a theme park for bad behavior”) and Mexicali (where a travel agent shows them an old crawlspace that runs for miles, all the way under the border). There’s a sense of discovery about Go For Sisters, as this motley trio drives farther and farther away from home, on what seems with each passing hour and each new lead like an errand to retrieve a corpse.

But it isn’t just Rodney’s fate that Bernice is uncovering. She’s also finding out what her son’s been up to since he was discharged from the military: his drug habit, his Mexican girlfriend, his shady business deals. And she’s getting reacquainted with Fontayne, hearing stories about her addiction, and how she embraced her homosexuality in jail. Bernice’s understanding of the criminal life has been limited to what she reads in her parolees’ files, but on this trip, she listens closely to Fontayne’s matter-of-fact descriptions of how she’s spent the past 20 years, and she spends long hours with an ex-cop who got drummed off the force for “helping a friend.” Bernice can’t help but become empathetic.

Empathy has long been Sayles’ secret weapon as a filmmaker. He tries to understand people, and he pushes his characters to spend enough time together to understand each other. Go For Sisters is too familiarly pulpy as a crime story, but that’s not so important, since it isn’t really an action-packed shoot-’em-up. It’s a performance piece, anchored by Hamilton and Ross’ outstanding turns as two women who were once so close that they could “go for sisters,” but now tiptoe around each other, too timid to ask for the support they need. Bernice’s real mission in this movie is to learn to see an ex-con as more than a statistic. That process begins the moment Fontayne shows up in her office at the start of the film, shrugging off Bernice’s warnings about being more careful in her personal life, and saying, “I got to feel alive sometimes. Otherwise, what’s the point of bein’ out?”