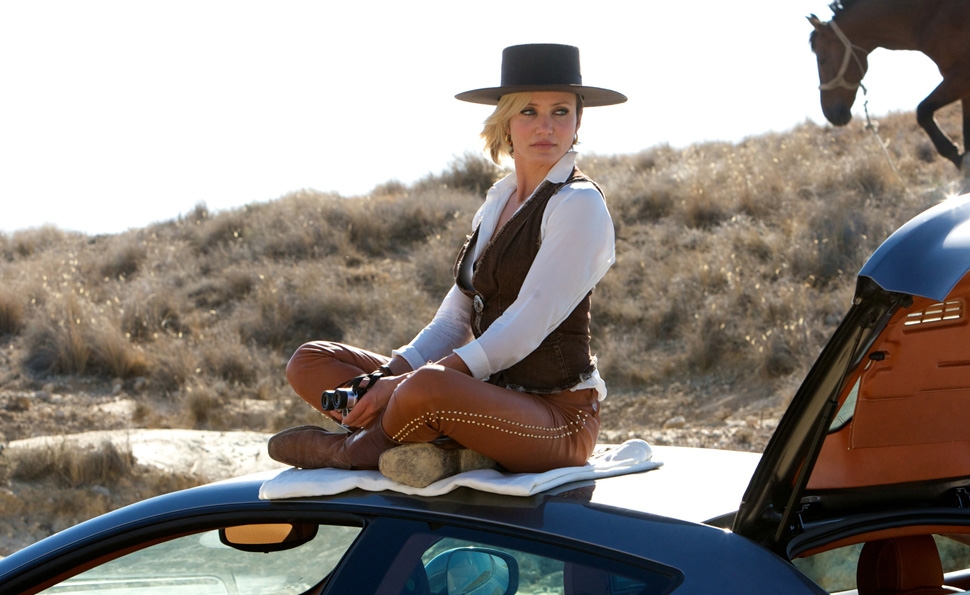 Among other things, Cormac McCarthy’s work is about coming to terms with the existence of evil in the world—cold, pitiless, unspeakably cruel, and not open to negotiation. Moviegoers got a sharp sense of it from Javier Bardem’s Anton Chigurh in No Country For Old Men, the Coen brothers’ adaptation of McCarthy’s novel, and it’s more present still in The Counselor, a drug thriller that carries McCarthy’s philosophy like a mule across the border. McCarthy devised a plot about a lawyer turned one-time trafficker who’s besieged by setbacks, and director Ridley Scott provided a handful of tense setpieces, including two that employ razor wire in much the same way Chigurh favored a captive bolt pistol. But it’s striking how little McCarthy’s script—and this is, ultimately, Un Film De Cormac McCarthy—seems invested in delivering conventional genre payoffs. This type of story has been told countless times; the film is more interested in what it means.

The Counselor’s characters, at least the ones who take action rather than being acted upon, are all creatures of need and want, driven mostly by greed, but also by status and other, more mysterious and less savory instincts. Michael Fassbender plays the eponymous character, who remains nameless and purposefully generic, like the world’s most handsome paper sack. In his capacity as a lawyer, The Counselor witnesses the extravagant lifestyle enjoyed by El Paso kingpin Reiner (Bardem) and his brash wife Malkina (Cameron Diaz), and he wants a piece of the action. Newly engaged to the beautiful, innocent Laura (Penélope Cruz, reduced to a fawn in hunting season), he needs an influx of cash to settle debts, pay for a lavish engagement ring, and keep them in the lifestyle to which they’re accustomed. Working with Reiner and Westray, a middleman played by Brad Pitt, The Counselor arranges a $20 million drug shipment with a cartel in Ciudad Juárez, and smugly awaits his payday. After all, when has a deal with a murderous Ciudad Juárez drug cartel ever gone wrong?

The Counselor opens with a scene in which Reiner and Malkina, perched on the high plains during magic hour, sip martinis while watching a pet cheetah hunt down a jackrabbit—and the metaphors don’t stop there. There are no laws in this moral hinterland, and no code of honor, either: It’s a landscape that belongs to the predators, and the only defense against them is leverage. McCarthy takes this environment as mostly a given, though, and reserves much of his fascination for how his characters reconcile themselves to this harsh reality. For all the style and brutality Scott puts into the action sequences, the real surprise of The Counselor is how matter-of-factly they come about, as if all the mayhem is part of some larger, cosmic inevitability. Not since Killing Them Softly has a mainstream thriller so doggedly resisted commercial payoffs.

The Counselor’s archness works against it at times: This is the type of movie where a question of life-or-death urgency gets answered by a 10-minute philosophical monologue. Diaz’s performance is a little overcranked, as if she’s trying too hard to play the type of vengeful sexpot that Ellen Barkin embodies so effortlessly. Yet McCarthy’s voice comes through strongly enough to excuse the film’s excesses and cast its more generic plot elements in a new light; he isn’t looking to dazzle viewers with twists and turns, but to make them think through the thrills and kills they otherwise take for granted. McCarthy finds absolute evil in the criminal world, but an honesty, too. In the legal realm, The Counselor can meddle with people’s affairs from a safe distance, clinging to status and legitimacy. In this one, he’s reminded that actions have consequences.