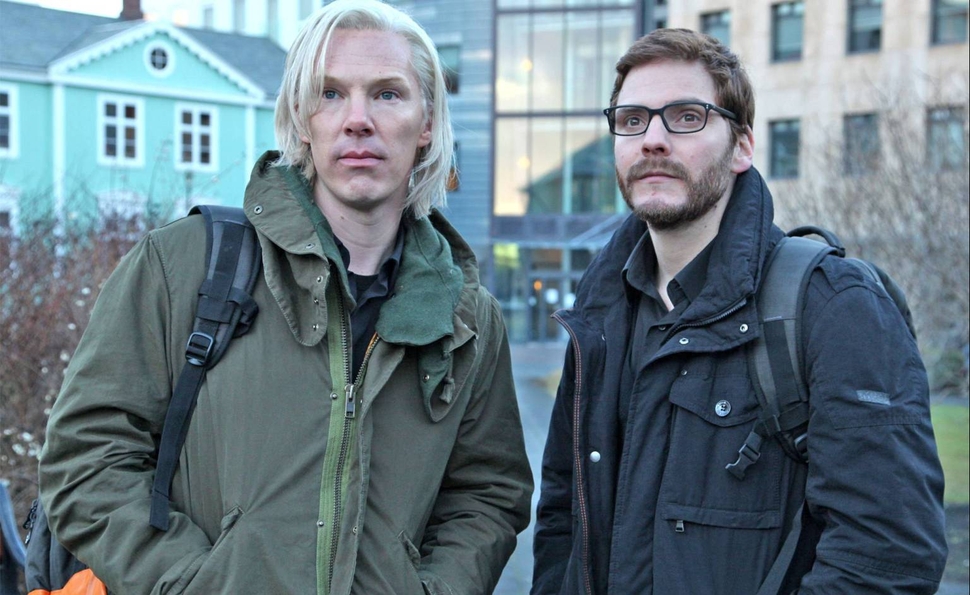 In the rush to put history onscreen, sometimes the need to put together something that first works as a film gets overlooked. Take The Fifth Estate, which plays like an overly stylized, star-filled version of an old-fashioned ripped-from-the-headlines TV movie, the kind that get the facts on the screen without sorting out what, if anything, it has to say about those facts. In retelling the rise and fall of WikiLeaks and its controversial founder, Julian Assange, director Bill Condon follows the story from the first meeting between Assange and future lieutenant Daniel Domscheit-Berg through just after the November 2012 mass publication of classified documents related to the wars in Afghanistan and Iraq, an event that coincided with Domscheit-Berg’s estrangement from Assange. (The film is based on two books, one of them Domscheit-Berg’s 2011 tell-all, the other WikiLeaks: Inside Julian Assange’s War On Secrecy.) In that five-year stretch, WikiLeaks went from an obscure corner of the web dedicated to posting secrets related to abuses of power—be it in Kenyan politics or Icelandic banks—to a powerful shaper of public opinion whose practices raised previously unasked questions about the nature of secrecy in the digital age. Working from a script by Josh Singer, a veteran of The West Wing and Fringe, Condon lays out the facts, but doesn’t seem inclined to look too far beneath their surface.

That’s regrettable both for the missed opportunity to revisit a still-relevant recent event and all its attendant issues, and for the way it strands a strong Benedict Cumberbatch performance in the middle of it all. As Assange, Cumberbatch captures the serpentine-cool persona familiar from Assange’s public appearances, the fieriness of his hacker-culture-derived commitment to keeping information free, and the outsized ego needed to fuel it all (to say nothing of Assange’s slightly otherworldly appearance). He plays Assange with an eye toward contradictions and crossed wires, but the film around him has little interest in either. Instead, Condon concentrates on finding novel ways of dramatizing what otherwise might just be characters typing on keyboards. He overlays the screen with texts and tweets, and in one groan-worthy recurring conceit, depicts the Internet as a room with sand-covered floors and rows of desks stretching out to infinity.

Why that image? The film never explains it, even in its rush to explain virtually everything else. Though the camera seldom rests, alternately swooshing and swirling depending on the scene’s tone, it’s essentially a collection of exposition-dumps, initially told from Daniel Domscheit-Berg’s point of view. Daniel Brühl (recently seen in Rush) plays him as a well-meaning idealist drawn into the hacktivist agenda by Assange’s charisma and courage. But the more he gets to know Assange, the more that courage starts to look like self-serving recklessness, particularly once WikiLeaks aligns itself with mainstream-media outlets, but without introducing some of the ethical journalistic discretion practiced by its new partners. Cue much hand-wringing, and many scenes of Domscheit-Berg’s girlfriend Anke (Alicia Vikander) warning him that his friend has gone too far this time.

Those scenes take up a considerable portion of the film, and to Brühl’s credit, he makes his character’s worries compelling, given that the film makes Domscheit-Berg more a witness to the action than an active participant. With a figure as compelling as Assange, the choice to anchor the film to his much-less-interesting right-hand man is curious. But that’s only one of the odd placements of emphasis here. David Thewlis is also on hand as Nick Davies, a Guardian reporter who tries to understand how the journalistic world of the past will adapt to the new order WikiLeaks potentially represents. Later, to dramatize WikiLeaks’ impact, the film brings in Laura Linney, Anthony Mackie, and Stanley Tucci as White House officials dealing with the fallout from Assange’s revelations, including an extended sequence portraying its effect on an informant in Libya.

It’s a long way to go—and a long time to spend with flat characters, no matter who’s playing them—to illustrate that the online ideals behind WikiLeaks can have unanticipated real-world consequences. It’s also portrayed without much conviction. The Fifth Estate flits from one point of view to another, both in what part of the story it chooses to tell, and in how it seems to feel about the story. It never makes a strong case for Assange’s beliefs, or for those opposed to them, and it offers only a cursory reminder of what got revealed, and why it proved so upsetting. Condon seems to hope energetic staging and furrowed brows will compensate for a script that’s essentially an exchange of halfhearted arguments. Fittingly, the film ends in a shrug, cutting off the story before Assange’s downfall following a pair of sexual-assault accusations. It’s an odd choice, but one in keeping with The Fifth Estate’s apparent commitment to maintaining a hot-button story at a frustrating simmer.