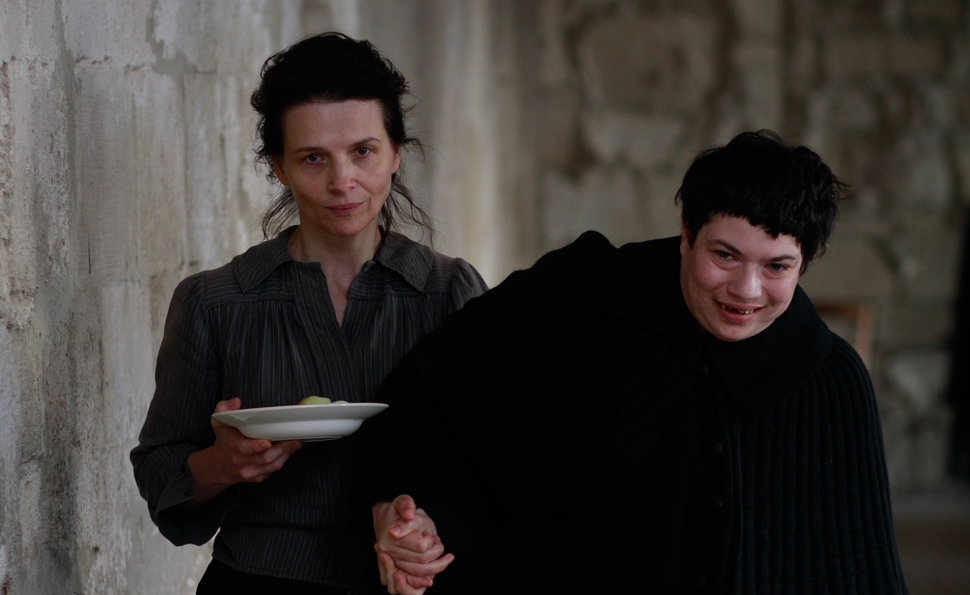 At the point where writer-director Bruno Dumont opens Camille Claudel 1915, most biographies or biopics about Claudel, a sculptor in the late 19th and early 20th centuries, would be coming to an end—if not firmly in postscript. Claudel’s life ended in the church-run Montdevergues asylum, far south of her Paris home, 30 years after her younger brother Paul, a famed poet and dramatist in his own right, had her committed. The circumstances that brought her there hold the most obvious fascination: Her stormy relationship with the great sculptor Auguste Rodin—for whom she was student, model, muse, and lover—was a large part of it, compounded by her frustrations with a male-dominated art world that either resisted her work or wouldn’t acknowledge its distinction from his. The 1988 costume piece Camille Claudel, starring Isabelle Adjani, focused on Claudel and Rodin (Gérard Depardieu), and her efforts to emerge from his shadow.

Over the three days or so during which Camille Claudel 1915 takes place, with Claudel firmly confined in Montdevergues, it’s plain enough that she hasn’t emerged from his shadow. Though their relationship ended 20 years earlier, she’s so paranoid about his treachery and influence that she’s granted special permission to watch her food get prepared in the kitchen, to assuage her fear of being poisoned. But in all other respects, this is a one-woman show. While it’s true that men are still in control of her life—specifically Paul, who represents their mother and family, and the doctor in charge of her care—Dumont’s stark, minimalist, almost ascetic film commits itself entirely to her headspace. She may seem mad to outsiders—and even at times to viewers—but from her perspective, it’s the rest of the world that’s scary and irrational, refusing to hear her now, as a sad and desperate human being, as it refused to hear her as an artist.

For Dumont to take on Claudel’s story is equally unusual, at least at first glance. Since he first came on the scene with The Life Of Jesus and L’Humanité, Dumont has narrowly specialized in contemporary, religion-inflected stories of rural primitives, nearly always played by non-actors, and the way their animal natures manifest through violence and sexuality. He’s mixed it up a little in the past—in the American road movie Twentynine Palms, or more recently in the overtly religious Hadewijch, about a would-be nun who falls in with a Muslim—but Camille Claudel 1915 takes him into the unfamiliar realm of historical drama, with Juliette Binoche, a professional actress if there ever was one, in the lead role. It seems like a departure, but soon turns into a Bruno Dumont film—and one of his most rigorous and powerful at that.

Dumont’s most daring trick is to surround Binoche with real-life mentally handicapped people, and the gambit pays off, for the most part. Camille Claudel 1915 concludes from the start that Claudel doesn’t belong in the asylum, despite her paranoia and the emotional wounds that are always visible in her face, when she isn’t breaking down entirely. From her perspective, she’s been betrayed—first by Rodin, then by her brother and family—and she’ll tell everyone who listens that she shouldn’t be sharing space with the severely ill people at Montdevergues. Dumont gets the point across often, and at times too fetishistically, by yielding the floor to Claudel’s fellow inmates, whose mangled faces emit screams and wails, and who behave, at times, like small, pot-banging children. Next to them, her obvious intelligence and ability to articulate her woes—and even help out the nuns when they need it—make her commitment seem like the ultimate injustice.

Camille Claudel 1915 builds to an extraordinary scene with Paul (Jean-Luc Vincent), whose visit Claudel invests with a heartbreaking anticipation. He’s the most important audience for her pleas, and likely the most resistant, and it’s here that Dumont brings religious dictates most damningly into play. It’s also the climax of Binoche’s beautifully calibrated performance, which combines the rawness of a Dumont lead with the range non-actors (and most professional actors, for that matter) can’t approach. Binoche holds nothing back: Even in repose, she looks utterly haunted and spent, and her frequent eruptions are simultaneously righteous and distraught. Her Claudel speaks with the certainty of someone who knows she’s right, and is just as keenly aware that she isn’t being heard.