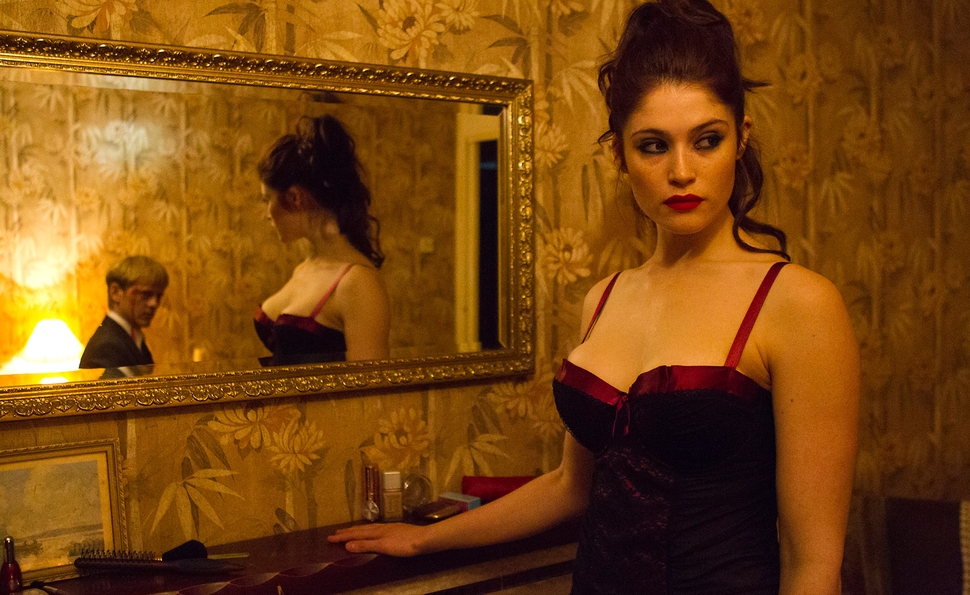 Neil Jordan was coming off the career high of The Crying Game when he took advantage of his newly A-list status to land an adaptation of Anne Rice’s bestseller Interview With The Vampire, with marquee stars Tom Cruise and Brad Pitt. The resulting film isn’t bad, but it suffers from blockbuster-bloat, weighed down by overly serious performances and a flashy but inconsistent visual style. Jordan seemed bested by the challenge of making an epic, crowd-pleasing horror movie that still explored his interests in compulsion, romantic attraction, and the old grudges and mistakes that have forged the rough shape of human history.

Jordan would probably bristle at the comparison, but Byzantium feels like a second pass at doing Interview With The Vampire right. Written by British playwright Moira Buffini, the film stars Saoirse Ronan as a conscience-plagued, eternally 16-year-old vampire named Eleanor. Eleanor has spent two centuries trailing along in the destructive wake of her mother Clara (Gemma Arterton), a prostitute who frequently feeds on her clients. When the pair arrives in a seaside town, Clara persuades a sad-sack innkeeper to convert his hotel, The Byzantium, into a brothel. Meanwhile, Eleanor takes a creative-writing class alongside Frank (Caleb Landry Jones), a frail boy she befriends. When Eleanor gives Frank a copy of her autobiography, Frank shares it with their teacher, and trouble follows.

Byzantium has a nested narrative structure: Eleanor recounts the story of Clara’s hard life, while within that story, Clara hears from a couple of her regular customers about their adventures on a mysterious, barren black island. Many of the conversations in Byzantium have to do with the past, which is a subject Clara has always tried to ignore, preferring to live solely in the moment—learning no lessons and holding no memories. It’s Eleanor who feels compelled to serve as the family record-keeper, whether she’s spilling her life story to strangers or pointing out to her mother all the places they’re revisiting. Jordan plays out this theme of history repeating via shots that reference old horror movies, from Hammer Films to Alfred Hitchcock, suggesting through visuals that this kind of film has precedents.

Jordan and Buffini have a difficult time wresting free of that history, though. Byzantium offers a twist or two on the traditional vampire mythology: The undead use sharpened thumbnails instead of teeth to puncture their victims’ necks, and Eleanor only feeds on people who are already dying, which gives her curse a kind of “angel of mercy” nobility—and adds a dimension to her friendship with Frank, who has leukemia. But otherwise, Byzantium’s gothic atmosphere and air of tragedy feel awfully familiar. Frank even calls Eleanor out on this point, glibly (and accurately) summarizing her era-spanning tale of woe as “bad things happen.” 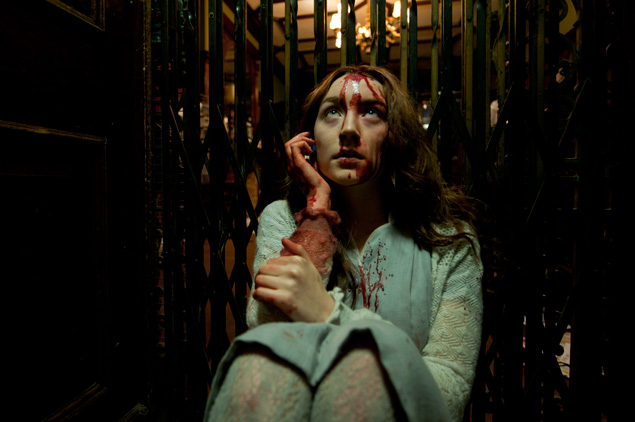 But once Byzantium is almost over, it develops into something more original, as Clara reveals the part of her story that Eleanor never knew. It turns out there’s an entire brotherhood of vampires, unhappy that two women have forced their way into the club. In the last half-hour, as the heroines fight off the men who want to eradicate them, Byzantium becomes more action-packed and develops strong feminist overtones. It’s enough to make the previous hour-plus of rumination on the nature of stories seem like a lot of wasted time that could’ve been spent on chauvinist monsters and the wicked single mom who defies them.

Still, for Jordan fans, Byzantium is enjoyable as a simpler, more Jordan-like vampire movie than his last stab at the genre. Byzantium is as polished as the director’s best work: The scenes on the black island are stunningly beautiful, and even the seedy red-light districts where Clara plies her trade have a rich glow. By sprinkling the soundtrack with old Anglican hymns, Jordan further connects the film to a millennia of pan-European clashes between good and evil.

Byzantium’s greatest assets are Ronan and Arterton, who never seem like actors playing dress-up the way Cruise and Pitt did in Interview. These are two complicated women dealing in their own individual ways with all-consuming need. After spending much of her youth being abused and exploited by men, Clara makes up for lost time when she’s finally transformed into an immortal. Jordan and Arterton completely convey how personal it is to Clara when she falls on her prey with such deep, horrifying hunger.