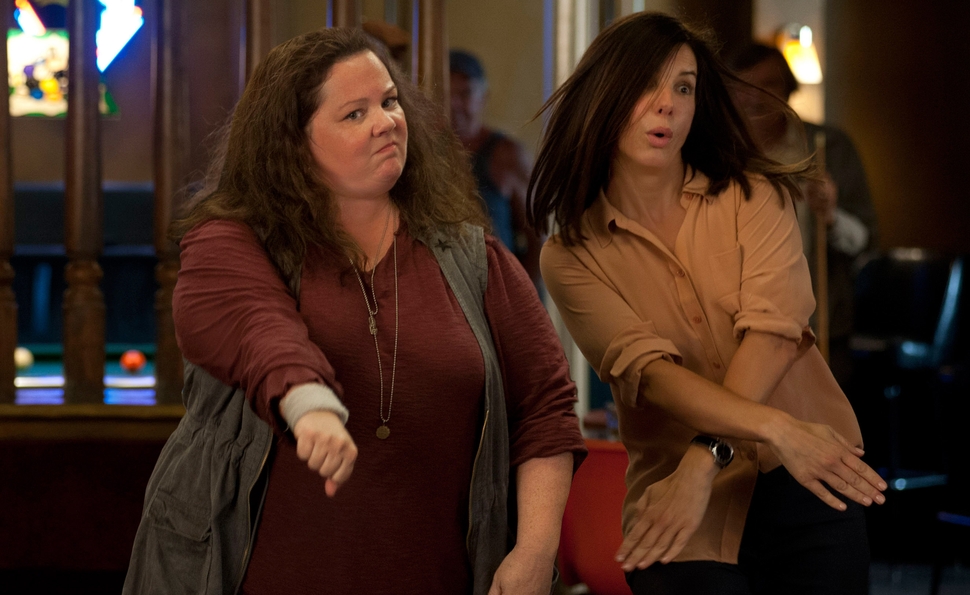 Amid the unruly sprawl of Judd Apatow’s This Is 40, Melissa McCarthy’s turn as the belligerent mother of a teenage boy would be among the first things a discerning editor would cut. In story terms, her primary purpose is to force Paul Rudd and Leslie Mann’s warring couple to close ranks and come together as a family (behind a lie, as it happens), but that could have happened without her. Yet in a comedy so rooted in painful truths about marriage, parenting, and growing older, that would mean losing by far the funniest scenes in the movie, and that’s to say nothing of the even funnier outtakes included in the closing credits. McCarthy’s sudden ascendence as one of Hollywood’s most bankable comedians has caused great fits about her casting as a room-clearing rage-monster, but her scenes in This Is 40 reveal something longtime fans have known about her since Gilmore Girls: Her verbal gifts are more significant than her physicality, even when she uses both at once.

Director Paul Feig understands this better than anyone, since McCarthy was the breakout star of his 2011 hit Bridesmaids. He exploits her ornate profanity to great effect again in The Heat, an often-riotous femme twist on the 1980s buddy-cop action-comedy. As a hard-living Boston detective with no reservations about arresting her own brother (Michael Rapaport) or popping her superior officer (Thomas F. Wilson) in the head with a Tic Tac box, McCarthy is given the latitude to remove all filters and just spout off like her character in This Is 40. Much of what she says is unrepentantly foul—the TV cut will seem like a silent movie at times—but the language is colorful in more ways than one, and she uses her body more as an exclamation point than for physical schtick. (Among other accomplishments here, she makes the open-and-shut case that vagina jokes are funnier than dick jokes.)

Repurposing action-comedy standbys like 48 Hrs. and Lethal Weapon, albeit without much interest in the “action” part of the equation, The Heat stars McCarthy as Detective Shannon Mullins, a fists-first bruiser known for cracking as many skulls as cases. Sandra Bullock plays Sarah Ashburn, a straitlaced FBI agent of the Clarice Starling mold who operates brilliantly in a world of men, but not brilliantly enough to avoid getting passed over for a promotion. When Ashburn comes to Boston to find and apprehend a vicious drug lord, she initially meets resistance from Mullins, who has little respect for Ashburn’s place on the food chain, and doesn’t like it when officials of any kind infringe on her territory. The two finally agree to partner up to catch the unknown kingpin, and though neither has much respect for the way the other works, their good-cop/bad-cop shenanigans yield results.

The trouble with The Heat as a throwback to 1980s genre fare is that Feig either doesn’t have the chops of directors like 48 Hrs.’ Walter Hill or Lethal Weapon’s Richard Donner, or he doesn’t believe that the action beats matter. Katie Dippold’s script reheats ancient police procedurals about finding a drug lord atop the ladder that goes from user to dealer to supplier, and Feig seems bored by it. For his purposes, the plot and action seem important only insofar as they provide opportunities for McCarthy and Bullock to ping jokes off each other. That assumption may be mostly correct, but The Heat is distractingly clunky whenever it has to pull off a car chase or suspense setpiece, and it’s plainly uninterested in advancing the story. There are scenes in the film that are simply wasted, existing entirely as a bridge to the next comic opportunity. 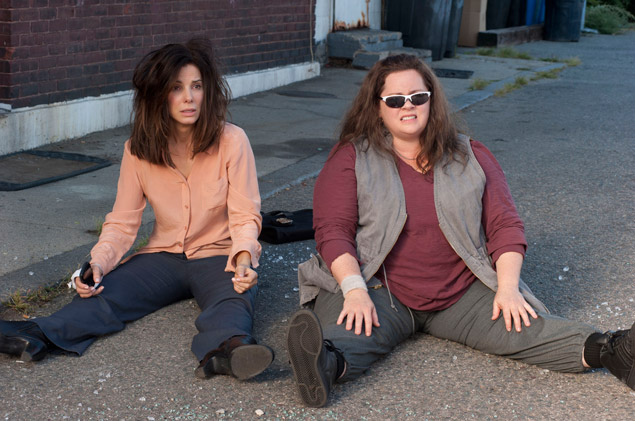 Happily, McCarthy and Bullock are there to pick up the slack. Feig’s indifference to craft hurts the movie—to name a counterexample, Adam McKay’s similar The Other Guys could pass as an impressively crisp actioner even without the comedy—but he knows funny, and he gives his actors plenty of room to work. That room makes The Heat, like Bridesmaids, much longer than it needs to be, but the slackness allows scenes to develop their own distinct comic life; Mullins and Ashburn’s bar-wrecking, karaoke-fueled bender, for example, is almost a movie within a movie. As a buddy-cop movie, The Heat seems almost deliberately generic, with boilerplate plotting carried across with zero panache. It wagers that McCarthy and Bullock’s comic energy will make all the difference—a smart bet, as it happens.