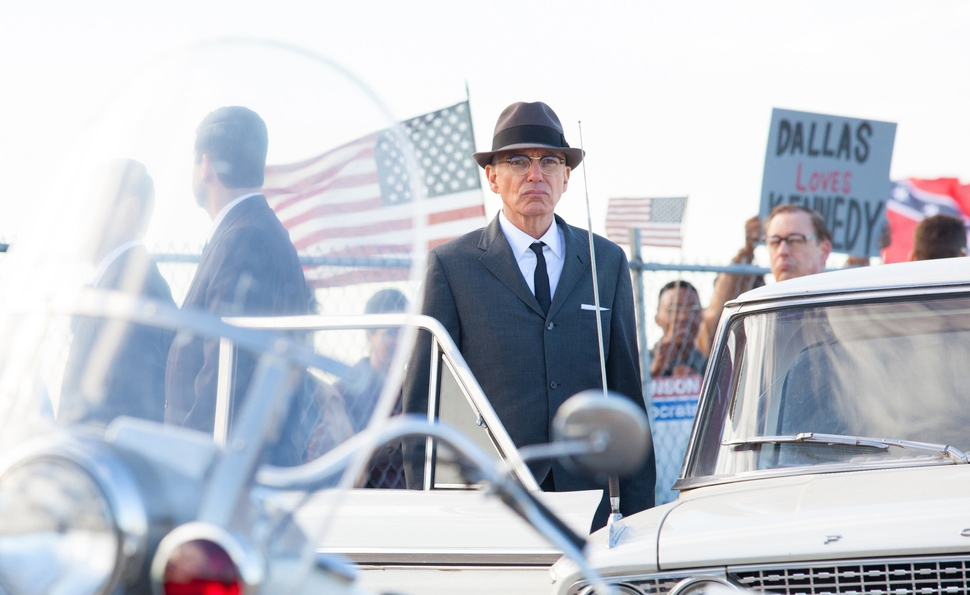 The ambitious historical drama Parkland is a curious proposition, in part because it bears such an unmistakable resemblance, in theme and structure, to Emilio Estevez’s 2006 drama Bobby. That film was another sprawling historical that explored the murder of a beloved, divisive Kennedy through a series of characters and subplots, populated by an ensemble of stars of varying levels of luminosity. The star power on display undoubtedly helped both films get made: A movie with Zac Efron playing a handsome doctor is invariably going to be a more commercial proposition than one with an unknown lead. But the parade of stars and superfluous subplots can also be distracting, lending the film the air of a more tragic Love Boat or Circus Of The Stars.

Bobby was released to neither thundering critical acclaim nor boffo box-office. The positive reviews it got tended to praise its ambition and good intentions, but the underwhelming reception makes it a perverse model for subsequent filmmakers to emulate, even unintentionally. Parkland represents a distinct improvement over Bobby, in part because it narrows its focus to real people whose lives were directly affected by the Kennedy administration, instead of aggressively intermingling reality and fiction, as Estevez did in Bobby.

Produced by a team that includes Bill Paxton and Tom Hanks, two of the only actors alive not in the cast of either Bobby or Parkland (though Hanks’ son Colin does appear in Parkland as a doctor), the film documents the assassination of President Kennedy through the interwoven stories of a group of Americans directly affected by the death. That includes the Secret Service men who failed to prevent the killing, the doctors and nurses on watch when the most powerful man in the world was wheeled into the hospital, and Jacqueline Kennedy, who wrestles with a loss from which the world still hasn’t recovered.

Parkland finds a new angle on an exhaustively chronicled and debated subject by focussing on the grim practicalities of the situation. The film treats Kennedy as a symbol of hope and optimism, but also, to its credit, as a fatally injured body, and then as a corpse whose remains must be examined and then transported to a final resting place. This emphasis on not just the assassination, but also the cadaver it created, lends the film an immediacy and a physicality that never becomes ghoulish.

Parkland also sets itself apart by conveying the culture-wide hurt the assassination engendered, the sense that it created a profound psychological scar for an entire nation, which would never entirely go away. This raw, visceral pain is illustrated most powerfully through the story of Abraham Zapruder, whom the always-great Paul Giamatti plays as a man so overwhelmed by the magnitude of the tragedy that it takes him a while to realize what an unintentionally huge role his humble little home movie will play in the drama about to unfold. Parkland gives many of its most challenging scenes and moments to Giamatti, who rises to the occasion.

After a strong first two acts rooted in despair and intense physicality, Parkland takes a jarring tonal shift with the introduction of Lee Harvey Oswald’s mother, Marguerite. Jacki Weaver turns Oswald into such a bizarre caricature of delusional, haughty Southern womanhood gone mad that she seems like a particularly misguided new recurring character on Saturday Night Live. Weaver might be true to the historical figure, but her mannered, distracting performance puts the film into a hole from which it never climbs out. At a certain point, Parkland becomes the story of the Oswald family and their unique grieving process, which unexpectedly proves one of the least interesting, least convincing angles from which to tell this complex story.

Writer-director Peter Landesman rushes to the finish line in such a hurry that it feels like there’s an entire reel missing that would flesh out the characters and relationships, and lend an air of closure and resolution. Instead, he wraps the whole messy process up in around 90 minutes. Then again, considering how our culture has processed, and continues to process, the Kennedy assassination, that lack of closure feels strangely authentic. Half a century later, we’re still asking why and how the assassination happened, and what it all means. And half a century later, we’re still coming up short.