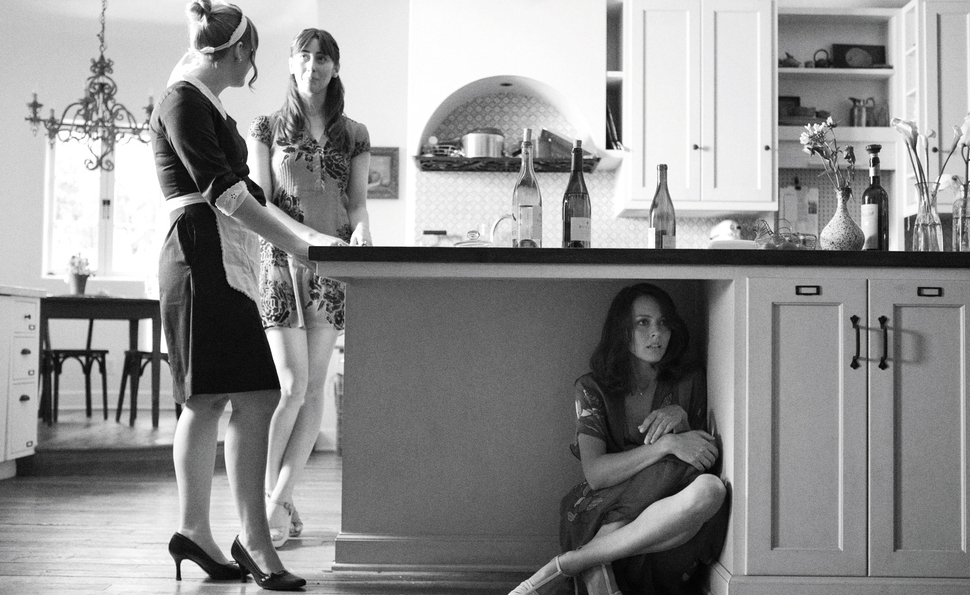 Much Ado About Nothing

A comedy of impeded love and marriage, Much Ado About Nothing is set among soldiers basking in a moment of victory before heading back into battle. They discover that peace has its own perils and the home front—a place where merry wars and skirmishes of wit can have lasting consequences, for both good and ill—can be as difficult to navigate as the frontline. It’s among Shakespeare’s most-loved comedies for good reason: Played well, it’s at once funny, romantic, and cutting, filled with skeptical exchanges about the nature of love that do nothing to spoil the sense that its characters belong together, however much they might doubt one another or protest their fates.

Much Ado mostly takes place on a happy estate, a fitting choice since, at the play’s end, its characters will be given the duty of making homes of their own, and its men will be charged with learning to create instead of destroy. And while it might be a matter of convenience that Joss Whedon ended up shooting this modern-dress adaptation at his own Santa Monica home, the location suits the material. It’s a humble and homey take on the play that uses the intimacy of its location to its advantage.

It’s intimate in other ways as well. Spinning off from the private Shakespeare readings Whedon has held at his home for years, Much Ado features familiar faces from Whedon projects past. Seeing actors from Buffy The Vampire Slayer, Angel, Firefly, and Dollhouse assume different roles recalls the directorial stock companies of old, a pleasure mostly lost these days due to the increased time it takes to put any movie together combined with actors’ need to keep working. The built-in chemistry serves them well as they take on a different variety of repartee (while engaging in considerably less monster-fighting). 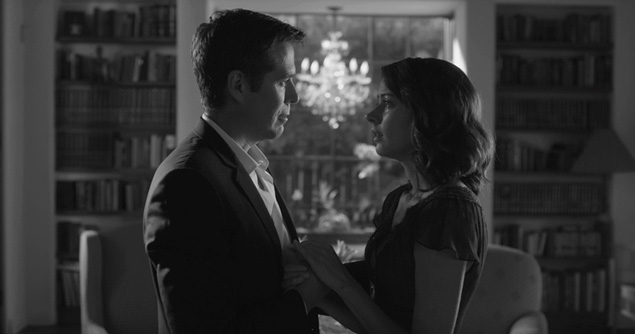 Exuding a forceful confidence unseen in her previous work for Whedon, Amy Acker plays Beatrice, a verbal sparring partner to Benedick, portrayed by Alexis Denisof as a man of better character than his posturing speeches would suggest. In a wordless opening, Whedon flashes back to an uncomfortable morning-after parting some time in their past, a choice that shades their interactions without changing a word of the text, turning their story into one of reconciliation rather than misdirected infatuation. That makes it an even sharper contrast with the film’s other central couple, the young, inexperienced-in-love Claudio (Fran Kranz) and Hero (Jillian Morgese, playing her first major film role and the only newcomer to the Whedon stable in a central role). Nathan Fillion rounds out the cast with an amusingly, almost inhumanly thickheaded take on Dogberry, a constable dragged into the action once the confusions and double-crosses put into place by the villainous Don John (Sean Maher) start to escalate.

Everyone offers spirited, thoroughly realized performances that balance comedy with real yearning; Acker looks poised and beautiful one moment, then takes pratfalls the next. Whedon mostly stays out of his performers’ way, opting for uncomplicated, handheld staging and black-and-white photography that’s simple and effective without ever looking particularly striking. Shot in 12 days during some downtime Whedon had while making The Avengers, it’s a humble piece of filmmaking in the best sense. The modest scale keeps the focus on the drama, and the spirit of the piece proves infectious. It’s a boozy, lusty, all-night-party interpretation of Shakespeare that ultimately casts frivolity aside for a disarmingly moving finale. It also stands up to the litmus test all Shakespeare adaptations must pass: It feels true to the spirit of the source, even as it transplants it to the backyard and bedrooms of a modern admirer with all the right friends needed to bring it to life.

GoWatchIt: Buy. Rent. Stream Much Ado About Nothing