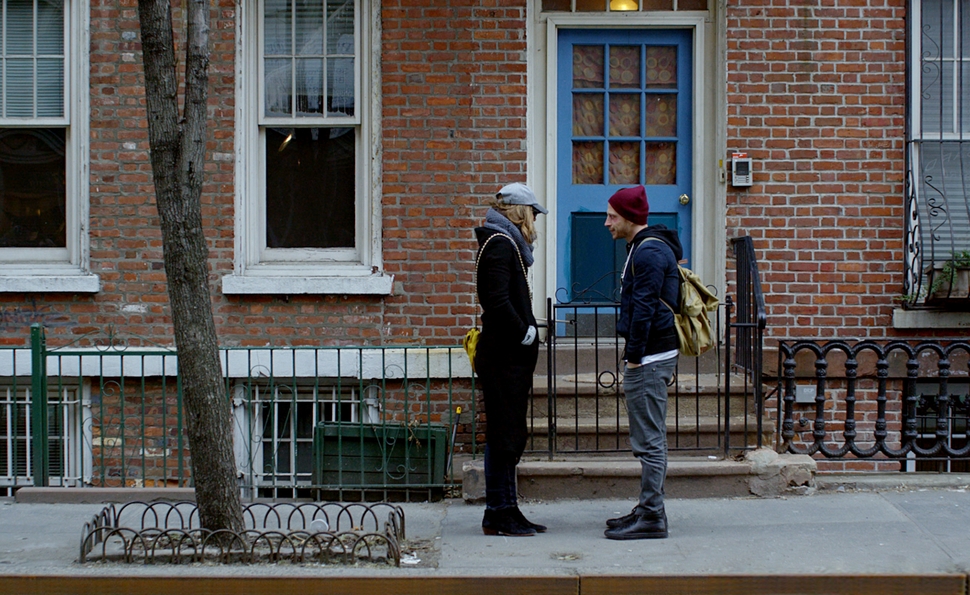 Mel Rodriguez III’s ostensible romantic comedy In Stereo is a lot like the FX sitcom You’re The Worst, except that its characters don’t demonstrate any self-awareness about being the worst, and Rodriguez doesn’t appear to recognize their awfulness, either. Even if he does, the film isn’t remotely funny or insightful enough to justify spending an hour and a half in such intensely disagreeable company. Hell, it doesn’t even qualify as eventful enough—Rodriguez originally made In Stereo in 2009 as a short (it’s available in full online, at this writing), and he had considerable trouble filling just 17 minutes. While the cast of the feature version is more talented, all it manages to be at the expanded length is approximately 5.6 times more irritating.

For a while, In Stereo might as well be called Douchebro: The Movie. Initially, its focus is David (Micah Hauptman), a successful photographer—he’ll have his own gallery show before the movie is over—who, in a bold and striking deviation from the last several decades’ worth of movies about dudes in relationships, is scared of commitment. A prologue shows him happily in love with actress Brenda (Beau Garrett), but the moment she suggests they live together, he breaks it off. Eighteen months later, David is living with Jen (Melissa Bolona), who he’s just discovered is cheating on him with his best friend, Chris (Kieran Campion). Rather than confront her with this knowledge, David chooses to pretend he’s still clueless, playing passive-aggressive head games with both parties. He also spends what seems like an exorbitant amount of time not actually talking to his extremely ineffectual shrink (Sean Cullen).

Eventually, In Stereo makes good on its title by shifting its attention to Brenda, who’s every bit as obnoxious as her ex-boyfriend. Upon reflection, scenes in which she treats an audition for a commercial with infinite condescension, or humiliates a waitress (Emmy Harrington) while having lunch with her agent (Mario Cantone), are so blatantly unpleasant that there’s no way Rodriguez couldn’t have intended for viewers to be repelled by Brenda, at least temporarily. She soon learns she’s about to lose her cushy month-to-month sublet, however, and a chance meeting with David on the street leads to him deciding to break up with Jen and invite Brenda to move into his new, obscenely huge New York apartment. (Arty photographers do very well, apparently.) Brenda then makes David a counteroffer: She’ll move in, and they’ll resume their sexual relationship, but they won’t actually get back together.

Underlying all of these antics is a single overwhelming question: Who gives a shit? Hauptman seems like a reasonably capable actor, and Garrett (Turistas, the Bravo series Girlfriends’ Guide To Divorce) does an almost miraculous job of making Brenda halfway bearable, in spite of her grotesque sense of entitlement. It’s even possible that Rodriguez fully intended to make a satirical movie about two awful people re-finding each other. If so, however, his approach needed to be a lot less earnest and more caustic. Wall-to-wall soul music on the soundtrack prods viewer empathy, and a late scene in which Chris, David’s so-called friend, emotionally abuses a random date (not Jen, nor anyone else previously seen in the film) appears to exist solely to make David and Brenda look like decent human beings by comparison. It doesn’t.