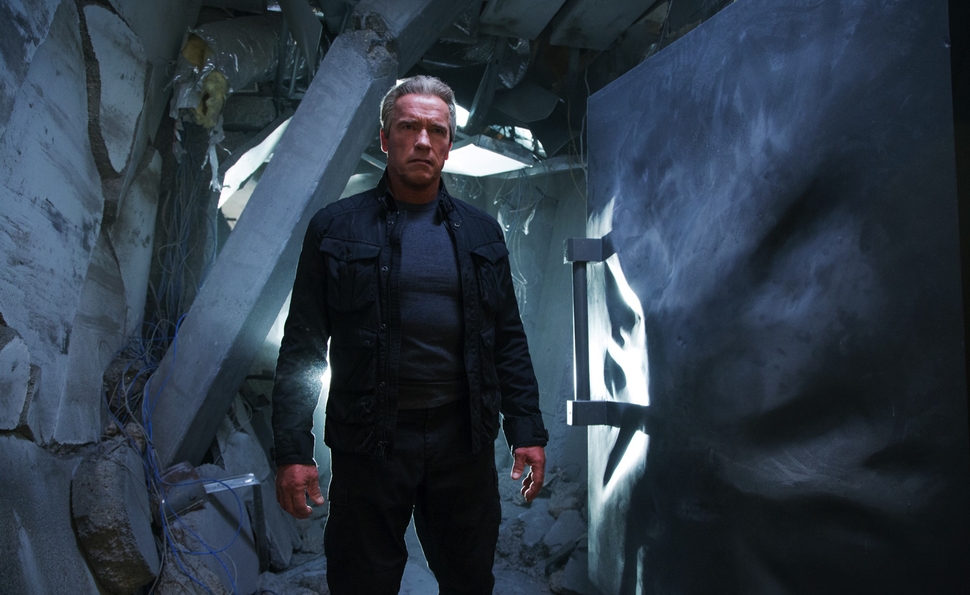 What can I spoil that the trailers haven’t spoiled already? It was probably impossible to market—or review—the film without revealing that Sarah became a badass at a younger age, or that the T-800 raised her. But knowing going in that John Connor is a Terminator, or more accurately, that he gets taken over by a super-advanced Terminator, is a bummer. Not that the movie would work if viewers didn’t know that going in, but watching for it is like waiting for the other shoe to drop. And for as much time as the film spends talking about diverging timelines, I could not wrap my head around the science that would allow characters from timelines that had been erased to survive in different timelines, or why Kyle needed to talk to his younger self in the final scene if he’d already wiped out the future his future self would need to prevent.

And for a movie at least partly driven by the tension of whether its two leads would “mate,” in the words of Pops, and thus create John Connor, there isn’t a lot of chemistry between Sarah and Reese. (I blame Courtney. Clarke is charming, even if it looks like the recoil from the weapons she shoots would knock her over.) That’s less a spoiler than a stray complaint, so here’s another: The movie is PG-13. That’s just wrong. And hypocritical, at times: It’s established that Pops doesn’t kill, so there’s not a lot of bloodshed coming from the good guys’ corner for much of the film. But in one scene, he blows up a truck filled with flammable liquid, and the fireball fills the screen. Maybe killing is okay as long as it’s not, you know, in close-up.