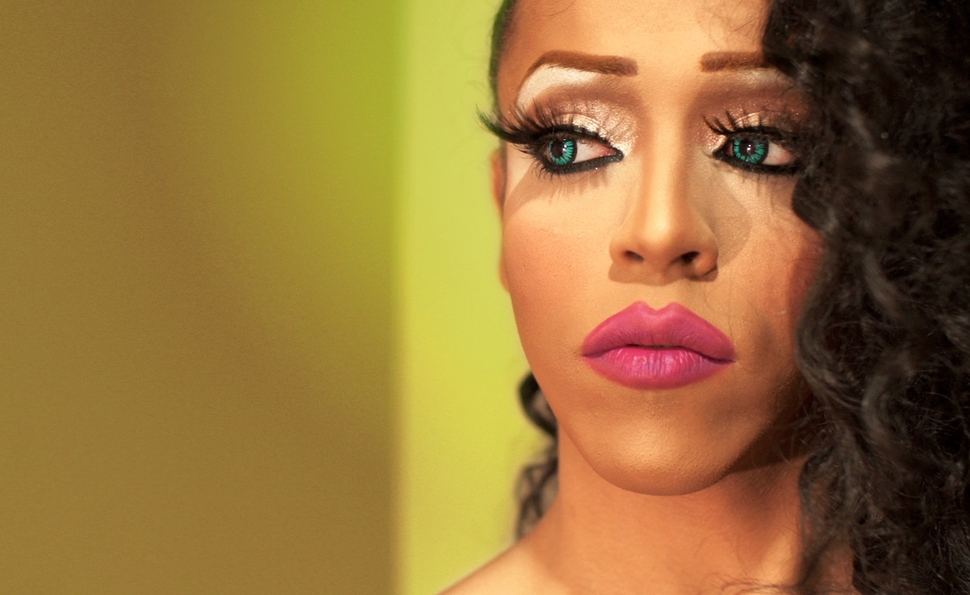 When Mala Mala premièred at the Tribeca Film Festival in 2014, it was hard to imagine that only a year later, Caitlyn Jenner’s confident gaze would radiate from the cover of Vanity Fair and The White House would be illuminated in rainbow-pride colors following a landmark Supreme Court decision on same-sex marriage. But that’s the current moment in America, a moment that gives the theatrical debut of Mala Mala, an intimately sketched portrait of several members of Puerto Rico’s trans community, a heightened sense of relevancy.

In a documentary that approaches its subjects with healthy curiosity and consistent respect, co-directors Dan Sickles and Antonio Santini ambitiously attempt to tell the stories of nine individuals, each of whom sits at his or her own unique point on the vast spectrum of transgender and transsexual experience. Among others, there’s Alberic Prados, who performs in drag as alter ego Zahara Montiere, and cites Marilyn Monroe and Regina George from Mean Girls as two of his major life inspirations, yet also says, “I was born a male. I want to be a male.” There’s Soraya Santiago Solla, who struggled with gender dysphoria until she underwent gender-reassignment surgery decades ago. She’s a heterosexual woman now, and refuses to be called a transexual because she says, “being a woman is something you hold in your heart and soul. And most of those who claim to be transexual only make it halfway through the [transformation] process.”

There’s Paxx Moll, a genderqueer female who wants to physically transition into a male, but lacks the resources, so in the meantime, binds her breasts and dreams of the day she’ll wake up with a beard. There’s Sandy Alvarado, a part-time prostitute who identifies and presents as female, but is hesitant to have genital-reassignment surgery because she doesn’t want to be penetrated by her clients. Alvarado confesses this, by the way, while sitting next to her boyfriend, adding that she might get gender-reassignment surgery when she retires from the streets, but if she doesn’t, “The man who loves me will have to love me like this.” She then turns to her partner and asks, in front of the camera and in Spanish: “Do you love me?” He nods and smiles. “That’s it,” she concludes happily, looking triumphantly into the lens.

The candor with which Alvarado and others speak makes Mala Mala compelling to watch, and also serves as a testament to the trust Sickles and Santini were clearly able to establish with their sources. The filmmakers’ instincts as interviewers are matched by their sharp visual eye, which enables them to capture everything from the high-energy, Priscilla, Queen of the Desert-style vibe that pulsates through the underground Puerto Rico drag scene to an evocatively bubbly romp in the bathtub with Prados without ever descending into camp or diminishing the humanity of those depicted.

The two encounter a bit more difficulty in the movie’s second act, when the focus shifts from the personal to the political. As Alvarado, trans-activist Ivana Fred, and others team up to lobby for the passage of Bill 238, a piece of legislation prohibiting employment discrimination on the basis of gender identity and sexual orientation, Mala Mala makes the case that trans people are often discriminated against simply on the basis of how others perceive them. Stories told by Alvarado and Samantha Close, who says she was shut out of multiple flight-attendant jobs and eventually had to abandon that career path altogether, support that assertion. Still, some harder data and broader context regarding how trans people are treated in the workplace, both in Puerto Rico and the mainland United States, could have added some persuasive journalistic heft to the latter portion of the film.

Perhaps Sickles and Santini decided the more important thing to do in Mala Mala—a title reportedly borrowed from a phrase used by many of the film’s subjects to convey a feeling of confidence and vibrancy—was to foster a sense of connection between the audience and this diverse cast of characters. Certainly, after spending time with all nine of these sometimes-gutsy, sometimes-conflicted women and men, it’s impossible not to feel a deeper appreciation for their struggle to feel like the skin they live in is genuinely their home.

There’s a wonderfully moving moment when one of the primary characters, a former New Yorker named Sophia Voines, describes how odd it still sometimes feels for her, a self-defined former “unsuccessful gay boy,” to look in the mirror and see the image of a woman with flowing blond hair and pillowy lips. “It’s not that I see him,” she says, “I just don’t recognize me.” The film then cuts to a sequence that alternates between footage of Voines injecting hormones into her left thigh, and imagery of her staring into that looking glass while lip-synching “Isn’t This Better?” from Funny Lady. “Isn’t this better?” the track asks as the syringe plunges into her leg. “The way it should be?” It’s a moment that, like several others in Mala Mala, may initially feel heartbreaking, when what it’s actually doing is cracking open viewers’ hearts, and allowing them to expand even wider.