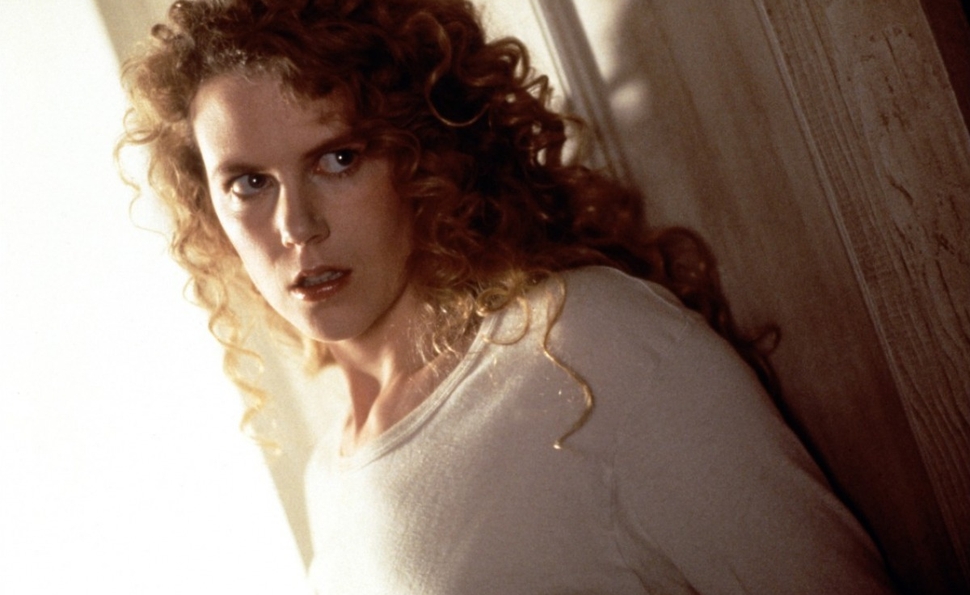 Let’s start with the serial-killer subplot. The janitor did it. This is more obvious now than it might have been then, because the janitor is played by Tobin Bell about a decade before he rose to prominence as Jigsaw in the Saw movies. Other than a mysterioso look from Bell when he pops into the office to pick up the trash, the film does nothing to establish him as a suspect. Perhaps that’s because the big surprise isn’t whodunit, but the fact that the entire subplot is resolved early and hastily, and left throbbing like a vestigial organ. “I just beat the shit out of a deeply disturbed serial rapist” may be my favorite line in the film, at least in context. A breathless Andy says it to his wife’s lawyer (Peter Gallagher), before getting into other, now more pertinent revelations.

At that point, Andy doesn’t know everything that’s going on, but he’s on his way. Let me try to make this scheme as simple as I can: Tracy and Dr. Hill are in cahoots on an insurance-fraud scheme. When Tracy went into the hospital with the ovarian cysts—which we later learn she contracted via a series of shots administered by Hill—the surgeon made the incorrect decision to remove her ovaries entirely, ensuring that a woman who really, really wanted to start a family will never be able to have a baby. Add to that the fact that she was already pregnant, and the can’t-lose lawsuit against the hospital is a comfortable eight digits. (Tracy adding a pregnancy to the mix is a greedy decision that costs her later, when Andy learns he’s firing blanks.) Hence Dr. Hill’s performance in the deposition, which secures a high settlement for both of them to split.

And that’s just the basics. There are so many other wrinkles to this story—Tracy’s dead mother (Anne Bancroft) being very much alive, Andy’s (fake) bid to get a piece of the settlement money, a peeping boy from next door who may have witnessed Tracy getting injections (but who turns out to be blind!)—but I really just wanted to create a safe space for us to talk about this crazy movie. I know it’s been more than 20 years, and maybe the statute of limitations on spoilers has passed, but people should have a chance to discover this movie and be knocked back by it.