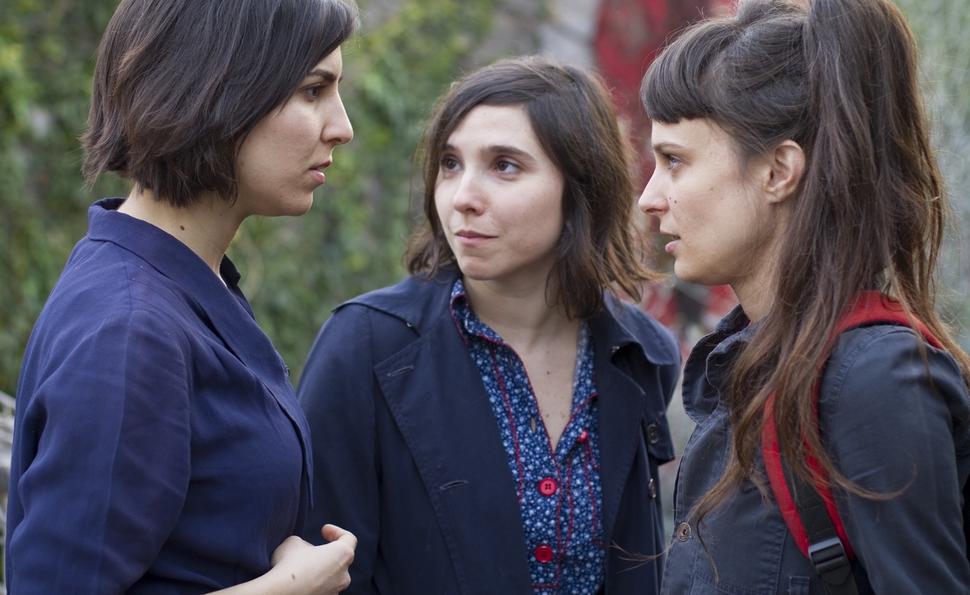 The Princess Of France

Shakespeare has endured for centuries not merely on the strength of his exquisite verse, but because he plundered history and literature in search of the juiciest plots he could find. Even for those who have trouble following Elizabethan English, the fire and passion in his plays comes across unmistakably—these works are anything but genial. So it’s something of a mystery why Argentina’s Matías Piñeiro has spent his entire career to date using Shakespeare as the foundation for movies so unfailingly placid and uneventful that they risk sending viewers into an apathetic coma. Piñeiro’s last film, 2012’s Viola, did at least boast one sequence of real intensity, in which two actresses rehearse a scene from Twelfth Night again and again and again, with increasing fervor, until they end up making out. No such luck, alas, in his latest effort, The Princess Of France, which fashions a series of masterfully bland romantic liaisons from a wispy tale about a disbanded theater troupe attempting to adapt their production of Love’s Labour’s Lost for—just to make things that much more cinematically exciting—the radio.

Piñeiro is a superb formalist; his deft, supple camerawork is always the most worthwhile element of his films. The Princess Of France begins promisingly, with a nighttime shot of Buenos Aires, taken from a considerable height. Eventually, it settles on a view of a distant soccer game, which Piñeiro calmly observes for several minutes. It’s unclear, however, what this intriguing prologue has to do with the tale that follows, in which theater director Victor (Julián Larquier Tellarini) returns to town after a year in Mexico and reassembles his former colleagues for the radio play. It quickly becomes clear that Victor has a rocky romantic history with just about every woman he’s ever worked with, though this manifests primarily via passive-aggressive anti-confrontations notable for their phlegmatic, who-cares tone. At no point does Victor’s plight, such at it barely is, echo Love’s Labour’s Lost, which concerns four men who take a vow to avoid women for three years. In fact, the longest stretch of Shakespeare performed in the film isn’t even from that play—it’s the prologue from Henry V, which apologizes to the audience for chintzy production values: “Can this cockpit hold the vasty fields of France?” (Spoiler alert: It cannot.)

Piñeiro has talked about this mix-and-match approach in interviews—the play being rehearsed in Viola, for example, is apparently just the first part of what he calls a pasticcio, which combines text from multiple Shakespeare plays. That sounds like a fascinating theatrical experiment, but Piñeiro’s movies demonstrate no such playful complexity. The Princess Of France ambles from one low-key encounter to another, rarely engaging directly with the Bard, and never elevating its heart rate beyond the resting level. Victor, as played by Tellarini, seems far too dull to inspire even the lukewarm romantic interest shown by his actresses, and in general, everyone onscreen gives the impression of having been chosen primarily for their amiability. It’s as if someone dared Piñeiro to make a Shakespeare-based film that signifies nothing without evincing any sound or fury at all. That’s not to say this is a tale told by an idiot—Piñeiro is clearly very intelligent, and trying to do something unique. So far, however, he’s made a series of trifles (this film, mercifully, runs only a little over an hour, as did Viola) that admire everyone and challenge no one. He comes across as perhaps the nicest guy in world cinema. That isn’t a compliment.