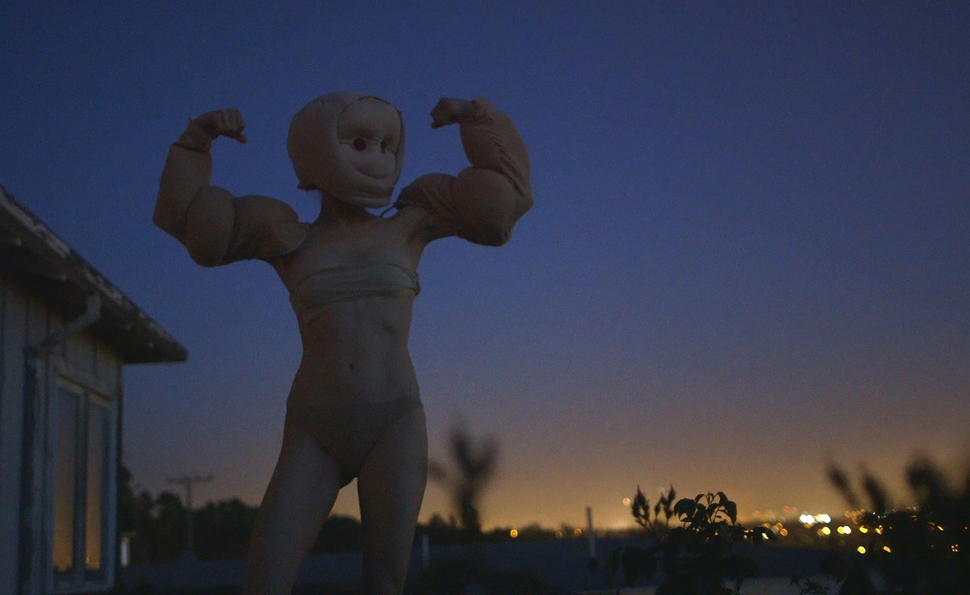 So Amy discovers, through a friend, that Kenny has another woman on the side. It’s not clear to them or to the audience whether this person is his wife or girlfriend, but whoever it is, Kenny lies about what he was doing on the day Amy’s friend caught him with her. In the climactic scene, Amy takes Kenny out into her secret place in the woods and dresses him up in a flesh-colored female suit while she wears her male suit. Kenny acquiesces to this request—he’s entirely accommodating of her strange artistic impulses—and seems on the verge of confessing his double life to Amy before she cuts him off. As the two are in repose, Amy breaks out a pair of heavy scissors and stabs him to death. After he bleeds out, she uses the same scissors to remove his penis, then masquerades in her bloodied-up flesh suit with Kenny’s severed penis in place of her prosthetic one. FIN.

As I wrote in the review, the film leaves room for the audience to understand Amy’s actions without finding them just. The key moment is Kenny’s near-confession; he’s on the verge of being honest with her before she literally cuts him off. So while this is an ending viewers could see coming from the start, it’s to the film’s credit that it doesn’t manage how we’re supposed to feel about it.