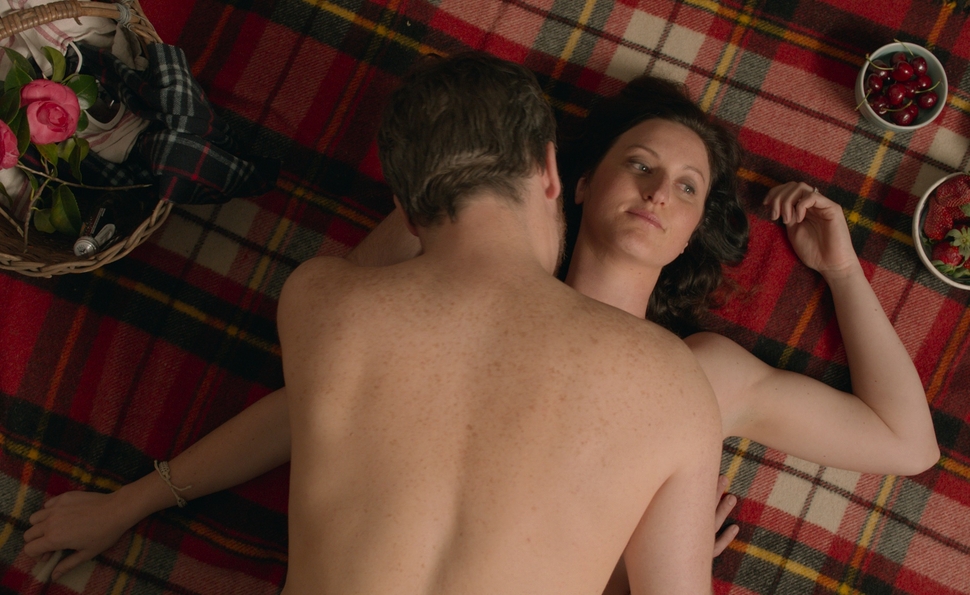 A Love Actually for the mildly kinky, Josh Lawson’s The Little Death offers a roundelay of suburban-bedroom subplots, each about the naughty fetishes of couples eager to defibrillate their love life. There’s little to bind these stories together, other than a running joke where a new neighbor hands out racist cookies to smooth over the disclosure that he’s a registered sex offender, leaving the recipients too distracted to pick up on the second part. It’s that kind of movie. Then again, Lawson’s amiable tone makes it hard for the audience to notice the more disturbing turns of his script, or to register any of the kinks, no matter how outrageous, as a flavor other than vanilla. No matter what happens in the film, it goes down as easy as Junior Soprano on Bobbi Sanfillipo, which is both a blessing and a curse for Lawson’s Hollywood-slick romantic comedy.

The Little Death—derived from “la petite mort,” an annoyingly ubiquitous idiom for orgasm—opens with a semantical goof: “I want you to rape me,” Maeve (Bojana Novakovic) tells her longtime boyfriend Paul (Lawson). But he hears it as, “I want you to rate me” and reassures her that she’s a five-star, 20-out-of-10 knockout. After Maeve clarifies her fantasy, Paul’s shock settles into the impossible paradox of giving her what she wants, which is a consensual version of a nonconsensual act. Tidy ironies like those extend to other characters, too, like Evie (Kate Mulvany) and Dan (Justified’s Damon Herriman), whose role-playing is derailed when Dan shows more interest in acting than sex. (As a bad-girl patient to his fake doctor, Evie isn’t pleased when Dan diagnoses her with Hepatitis C.) The film gets into more obscure fetishes with Rowena (Kate Box), who discovers that she gets off on seeing her husband Richard (Patrick Brammall) cry, and goes to terrible lengths to upset him for the consolation sex. And in the most misjudged subplot of the four, middle-aged businessman Phil (Alan Dukes) is aroused by watching his scolding wife Maureen (Lisa McCune) sleep, so he drugs her tea every night and has his way with her.

Lawson knows he’s playing with fire on that last kink, so he’s careful not to make it look like Phil is violating his wife without her consent, but shots of him applying makeup or snuggling with her are their own brand of creepy. Generally speaking, the more obscure the fetish, the worse the subplot gets, though they all wear out their one-joke welcome before Lawson inevitably turns up the sentiment and makes the film about love and kids and happy unions. For him, kink is just a way to spice up the ol’ rom-com, not a permanent deviation from it.

The one exception comes in the final third, when Lawson introduces a unrelated fifth pairing in Monica (Erin James), an operator at a phone service for the deaf, and Sam (T.J. Power), a caller who wants her to translate a session on a phone-sex line. It’s by far the sexiest and funniest section of the film, with Monica so abashed by the filthiness of the call that she refuses to translate parts of it, and the two of them eventually treating it as a flirty prank. Lawson spends more uninterrupted time with Monica and Sam than any of the four main couples, and he generates some real sweetness and heat between them while taking a break from his multi-story concept. When he’s obliged to return to them, the film crashes to a halt. Literally. (See the Reveal for more.)