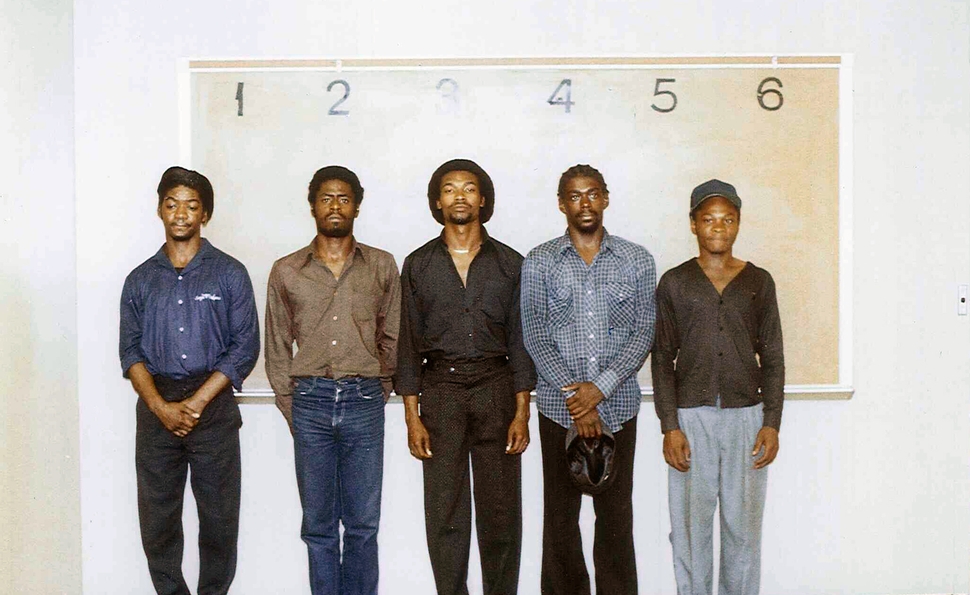 A Murder In The Park

In the wee hours of August 15, 1982, two teenagers, Marilyn Green and Jerry Hillard, were shot and killed in the bleachers around a swimming pool in Washington Park on Chicago’s South Side. Several witnesses, chiefly William Taylor, testified that Anthony Porter, a 27-year-old gang member, had committed the crime—and had mugged one of the witnesses at gunpoint earlier in the evening—and Porter was convicted and sentenced to death. In 1999, a mere 50 hours before his execution, Porter was not only freed from death row, but released from prison, thanks to the efforts of David Protess, a Northwestern University journalism professor, and his students, who investigated the case as part of the Innocence Project. The case had profound political implications, contributing to then-Governor George Ryan deciding to issue a moratorium on executions in Illinois. It’s about as close as real life gets to the movie-within-the-movie in The Player, where Bruce Willis busts into the prison and saves Julia Roberts from the gas chamber. And the case for Porter’s innocence turned out to be about as credible, too.

Christopher S. Rech and Brandon Kimber’s tactically crude but persuasive documentary A Murder In The Park reinvestigates the reinvestigation, concluding that Protess and his private investigator, Paul Ciolino, conspired to exonerate Porter by coercing another man, Alstory Simon, into confessing to the crime. This complicated bit of jujitsu involved leading students through a deeply flawed analysis of Porter’s original conviction, based on disputing Taylor’s testimony and denying the accounts of others on the scene, and concocting a case against Simon based on the testimony of an embittered ex-wife, and a videotaped confession taken by Ciolino. Rech and Kimber conclude that the authorities had it right from the beginning: that Porter did murder Green and Hillard, and the subsequent attempt to assert his innocence was politically motivated and grounded in investigative methods that were shoddy at best, disingenuous and sinister at worst. And—spoilers for real life ahoy—Cook County prosecutors agreed, vacating Simon’s conviction in 2014 after he’d spent 15 years in prison. (Simon subsequently filed a $40 million lawsuit against Protess, Ciolino, his defense attorney, and Northwestern.)

Rach and Kimber have the case down cold, laying out a clear and compelling argument that Protess, in his eagerness to make Porter the poster boy for the anti-death-penalty cause, muddied up a proper conviction and railroaded an innocent man into serving time for a guilty man’s crimes. (Then again, their embrace of “The Whole Truth Project,” an organization set up to protect wrongly accused police officers, doesn’t instill a lot of confidence in them as independent truth-seekers, either.) There are troubling revelations in A Murder In The Park about the tactics used to coerce confessions and the politicization of justice, too, though Rach and Kimber aren’t the most graceful prosecutors. The film has an oppressive, wall-to-wall music score to drive home arguments made chiefly through talking heads and rudimentary reenactments; it’s the sort of documentary that would be more suited to the outer reaches of cable television than a movie theater. But as a loaded summary of an important, disquieting chapter in Illinois legal history, A Murder In The Park gets the blood boiling, and suggests a justice system open to manipulation by bad actors.

GoWatchIt: Buy. Rent. Stream A Murder In The Park