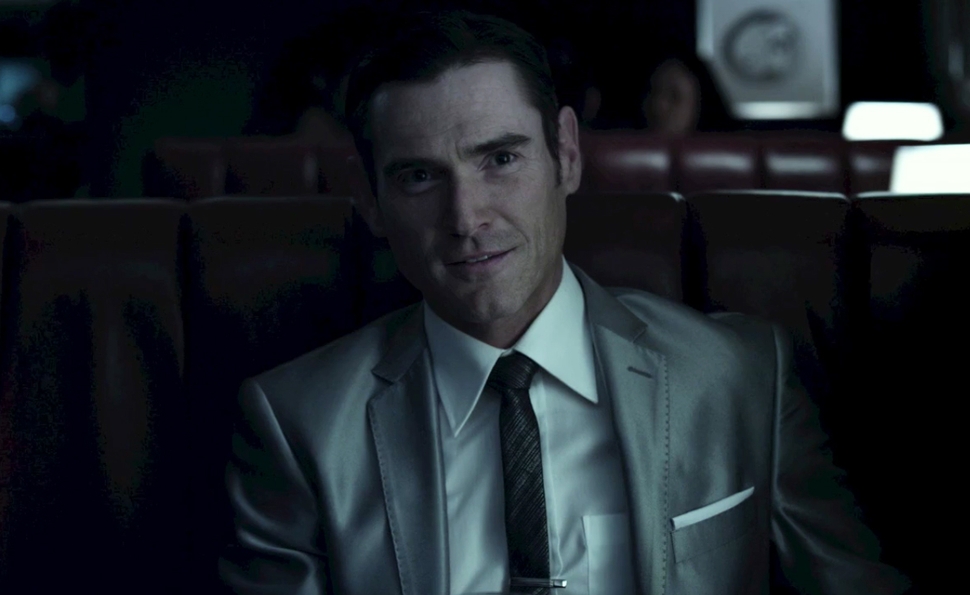 Chinatown, masterpiece though it is, has sometimes had a pernicious influence on the films that followed it, especially when it comes to solemn statements about America and the evil that men do. Most of the time, the way to hit the big target is to aim as precisely as possible at the small one. That’s what Noah Buschel does so well in his new film Glass Chin, which has neither city fathers nor Carcosa—just a guy who doesn’t get the money and doesn’t get the woman.

The guy in question is an ex-boxer named Bud Gordon (Corey Stoll); the woman is his long-suffering girlfriend Ellen (Marin Ireland). Bud’s career in the ring lasted long enough to give him a taste for the finer things, but ended too quickly to provide them. His follow-up was a restaurant—“Bud’s,” naturally—which failed even faster, leaving him stuck in a New Jersey apartment where even the hot water is unreliable. So when J.J. (Billy Crudup), a gangster with a penchant for gunmetal grey, offers to help Bud back to Manhattan, he can’t say “yes” fast enough. All he has to do is make a few visits on J.J.’s behalf. “I’m gonna be held in high regard again,” Bud explains. To his dog. In a car, late at night. While they wait for his new partner (Yul Vazquez) to return from threatening a cokehead who owes J.J. money. And so the old Sunset-and-Gower ratchet starts tightening.

But Glass Chin doesn’t just have the tone of a Poverty Row noir—it looks like it was made on the same budget. It’s hard to tell if it was a function of the digital camera—or the online screener on which the film was made available to us—but the sections of the film where cinematographer Ryan Samul uses a warm color scheme have so many artifacts they look positively out-of-focus. (Cooler shots look sharper.) The sound, too, has an audible hum and an aggressive lack of polish. At times it’s shot like theater: long, static, dialogue-heavy shots with characters moving on and off screen. And yet none of this hurts the film, which rolls implacably forward on the strength of its script and performances. Stoll and Ireland are both in top form—Ireland, in particular, brings heartbreaking depth to a part that usually gets short shrift in noirs. John Douglas Thompson, as Bud’s mentor, manages to carry the film’s moral authority without becoming a cartoon. Yul Vazquez, on the other hand, is delightful precisely because he abjures all morals and becomes a cartoon. No one has ever delivered coke-bravado bluster like “They didn’t count on chop shop parts like us—motherfuckers with fox brains to outwit the system” with as much relish. Even the static cinematography pays off, with a beautiful mirrored pair of excruciatingly slow tracking shots at a crucial moment.

But the standout is Billy Crudup, who singlehandedly resurrects the idea that a noir villain should be fun, channeling the gleeful, malevolent charm of Kirk Douglas in Out of the Past. Crudup is completely convincing, whether he’s extolling the virtues of iPods (“I believe it’s important to turn yourself over completely to digital technology”) or making his big pitch. “You will be burnished. I will aluminize your world,” he tells Bud as they share a meal in a silvery Airstream. J.J. doesn’t have a lot to say about America, or the future, or the nature of evil, and neither does Glass Chin. But then, that kind of grandiloquence is usually a way for filmmakers to spray a shiny coat of metal over the same old lie: You’re gonna be held in high regard again.