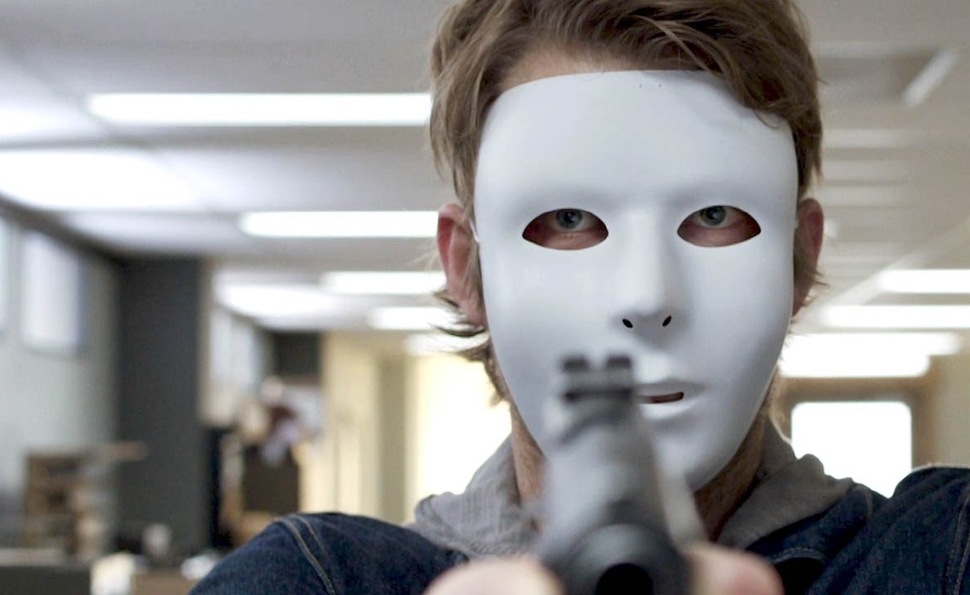 The winter of 1995-96 must have been a seminal period for Jay Martin, a music-video director and storyboard artist graduating to features with 7 Minutes. His debut is an awkward hybrid of two films released during that long-ago season: Heat, the pointillist L.A. crime epic that stands as Michael Mann’s masterpiece, and Bottle Rocket, the debut feature from Wes Anderson, who has more than delivered on that artisanal heist comedy’s promise. 7 Minutes is unlike the former in that its cops and crooks are fresh-faced bumblers in a small town, not middle-aged experts in a sprawling city. And it’s unlike the latter in that it isn’t funny—ever, not even for a second. But it’s handsomely shot and reasonably well-acted, and it’ll likely get Martin better gigs as a director, if not a screenwriter. He also wrote the script for this somber tale of a kid who loses his football scholarship to injury, then gets laid off from his factory job, then lets his no-good brother lure him into the drug trade to support his pregnant wife. It all feels familiar from about two dozen great Bruce Springsteen songs, which has the unfortunate side effect of making 7 Minutes’ actual soundtrack—all downbeat rock songs by relatively obscure artists—seem all the more replaceable and mediocre.

Another way in which 7 Minutes feels like a product of the 1990s is its nonlinear structure. Like so many low-budget crime films that followed in Pulp Fiction’s wake, it opens with a desperate act of violence—a poorly planned bank heist—then immediately flashes back to days earlier. The robbers are washed-up football hero Sam (beardy, American-impersonating Aussie stud Luke Mitchell); his philandering brother Mike (Jason Ritter), and Owen (Zane Holtz), an ex-con they’ve brought along as muscle. Legendary 76-year-old singer-songwriter-actor Kris Kristofferson shows up for two curiously bland scenes as Owen’s father or grandfather; he imparts to his offspring the ancient rubric “Don’t get caught,” then disappears. He has about the same number of lines old-timer James Caan had in Bottle Rocket. Also present are Leven Rambin as Sam’s wife, who gets to be concerned and great-with-child, and then later, a hostage; and Brandon Hardesty, playing a self-loathing, overweight cop who’s jealous of Mike for sleeping with the barfly he has a crush on. (As in Heat, even the most prosaic details turn out to be consequential.) There’s also Kevin Gage as Tuckey, the tatted-up, mustachioed heavy. Gage was actually in Heat, playing a homicidal thug whose volatility ultimately dooms the diligent crew of thieves who bring him on for one job. In this film as in that one, he’s a fearsome presence, but Martin doesn’t channel his menace anywhere interesting.

Martin introduces each major character’s pivotal scene with a freeze-frame and their name in face-obscuring capital letters. It’s a crude device, especially when applied to characters we’ve already met. He also returns, again and again, to shots of clocks and wristwatches, perhaps hoping to gin up some of the real-time suspense of Fred Zinnemann’s classic, clock-watching Western High Noon. It doesn’t really work, but 7 Minutes shows he knows his history, and he certainly knows how to point a camera and make an exciting movie. Now maybe Hollywood screenwriters can supply him with one worth shooting.