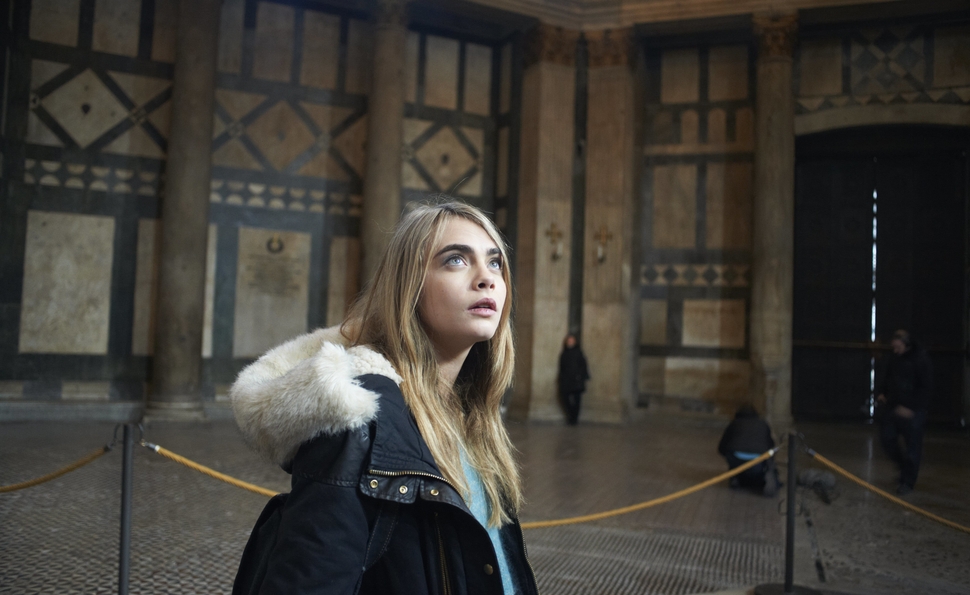 The Face Of An Angel

The Amanda Knox case has not gone underexplored. Media interest was intense and unrelenting during her murder trial and appeal, and in the seven-plus years between her arrest and eventual exoneration, there were movies, books, and high and low journalism in every medium. Michael Winterbottom’s feature The Face Of An Angel is fully aware of its own redundancy, to the point where it’s about the difficulty of finding a fresh approach to the case, which doesn’t make it any less superfluous. What it does do, in fact, is take the tabloid zip out of a lurid story of sex and death without adding anything of substance to compensate, which may make the film classier than other takes on the Knox phenomenon, but also makes it infinitely duller. Virtually nothing happens in the film that enhances viewers’ understanding of the situation. Winterbottom and company merely survey the scene, kick around a few half-assed moments of atmosphere and suspense, shrug their shoulders, and pack it in for the night.

Poor Daniel Brühl, so electrifying in his movie-stealing role as Niki Lauda in 2013’s Rush, gets saddled with the role of a filmmaker who mopes fecklessly around the scene of the crime. Coming off a box-office disappointment, Brühl’s Thomas Lang is looking to rebound by adapting a book by Simone Ford (Kate Beckinsale), an American freelance journalist who has been covering the case for The Daily Beast and other outlets. The Face Of An Angel itself is based on the book Angel Face, written by Barbie Latza Nadeau, for whom Simone functions a stand-in, and that contributes to the layer of self-reflexivity that makes the film so uniquely boring. (Nadeau’s doubts about Knox’s innocence earned her some enemies.) Winterbottom and his screenwriter, Paul Viragh, change the names—Knox becomes Jessica Fuller, the roommate she allegedly killed is Elizabeth Pryce instead of Meredith Kercher, etc.—and move the action to the gothic environs of Siena, Italy, but the basic outlines are the same. Some additional intrigue arrives in the form of a shadowy local journalist (Valerio Mastandrea) who serves as a tipster, and an attractive student (Cara Delevingne) who gives Thomas a tour through nocturnal Siena, but nothing much comes of either relationship.

The Face Of An Angel could kindly be viewed as a meditation on truth, driven by the obvious observation that media shit-storms like the ones kicked up around Knox’s case tend to obscure the facts rather than clarify them. Winterbottom engaged in meta-textual commentary with much success in Tristram Shandy: A Cock And Bull Story, but the absence of wit, even when it razzes journalistic decadence and cynicism, hurts a film that could use the levity. Instead, Winterbottom tries to goose up the action with red-herring suspense and heavy-handed dream sequences, all in an effort to prop up a conceit that doesn’t produce a single meaningful insight into the Knox affair or the sideshow that accompanied it. At heart, The Face Of An Angel is about a filmmaker ambling around a true-crime case in search of a story he can feel good about producing. Spoiler alert: He doesn’t find it.

GoWatchIt: Buy. Rent. Stream The Face Of An Angel