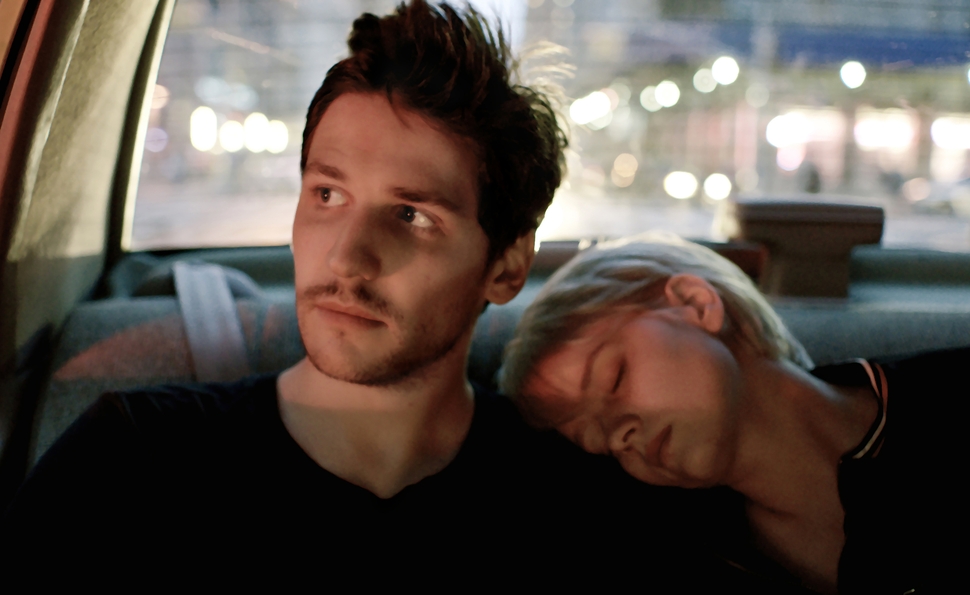 In the mid-to-late 1990s and early 2000s, the vibrant house movement in France, later identified as “the French touch,” crossed into the mainstream when the electronic duo Daft Punk released Homework and Discovery, and turned club hits like “One More Time” into international dance sensations. But there could only be one Daft Punk—or maybe two, if Air counts—which left others in the more nebulous position of being part of a popular movement without ever breaking out of the niche. One such DJ was Sven Hansen-Løve, brother of the wildly talented director Mia Hansen-Løve (Father Of My Children, Goodbye First Love), and his experiences are the foundation of her new film Eden, which reflects the difficulties of following a passion that never quite coalesces into success—or even viability. It’s easier to tell the story of a smashing success or an utter failure, because there’s drama inherent to either scenario, but what Hansen-Løve accomplishes with Eden is trickier, a feeling of being adrift in a scene where people are already invited to lose themselves to dance. What awaits on the other side?

There are built-in frustrations to Eden that are difficult to shake off, but worth the effort. The first is that Sven’s alter-ego Paul (Félix de Givry) sublimates his passions for music and production in a coolness that often scans as passivity. Delving first into the rave scene of the early ’90s, Paul and his buddy Stan (Hugo Conzelmann) eventually latch onto a specific house subgenre called “garage,” so named for the post-disco that came out of Larry Levan’s Paradise Garage in New York City. Paul finds some measure of success on the scene, running a label and doing a bit of traveling, too, but garage is a niche-within-a-niche, and once its popularity starts to deflate, all that’s left for him are mounting debts, a runaway drug habit, and a whole lot of writing on the wall.

Just as Hansen-Løve’s last film, Goodbye First Love, examined adolescent romance from the intensity of its initial flowering to the ache of the years that followed, Eden makes time a primary dramatic catalyst. Only here it’s vague and almost sinister in its mutability: Paul follows this dream, time passes, and in a blink it’s gone, like some unaccountable trip down the rabbit hole. Hansen-Love is almost perversely disinclined to dramatize the key relationships in the film, no matter their significance. An American girlfriend (Greta Gerwig) comes in and out of the scene, but it’s not until much later that the weight of their romance really registers; so, too, the friendship between Paul and a poster artist swamped by depression. This is all by design, but it’s sometimes hard to take the long view of Hansen-Løve’s vision when the short one is so full of frustrating elisions.

What ultimately gives Eden its strength and continuity is the music, a wonderfully eclectic sampling of recognizable club hits (including four tracks by Daft Punk) and the sorts of soul-infused obscurities that Paul champions on the scene. Hansen-Løve lets whole years pass without emphatic markers, but the beats function as a tonal bridge, connecting the pieces of a narrative that would be rudderless without them. Eden captures the sensation of being swept up in a wave and deposited on the shore along with all the other cultural detritus; by looking at “French touch” through the eyes of a marginal figure, Hansen-Løve gets a more common view of its seductions and the fates of those who weren’t Daft Punk. It’s pop history by way of a footnote.