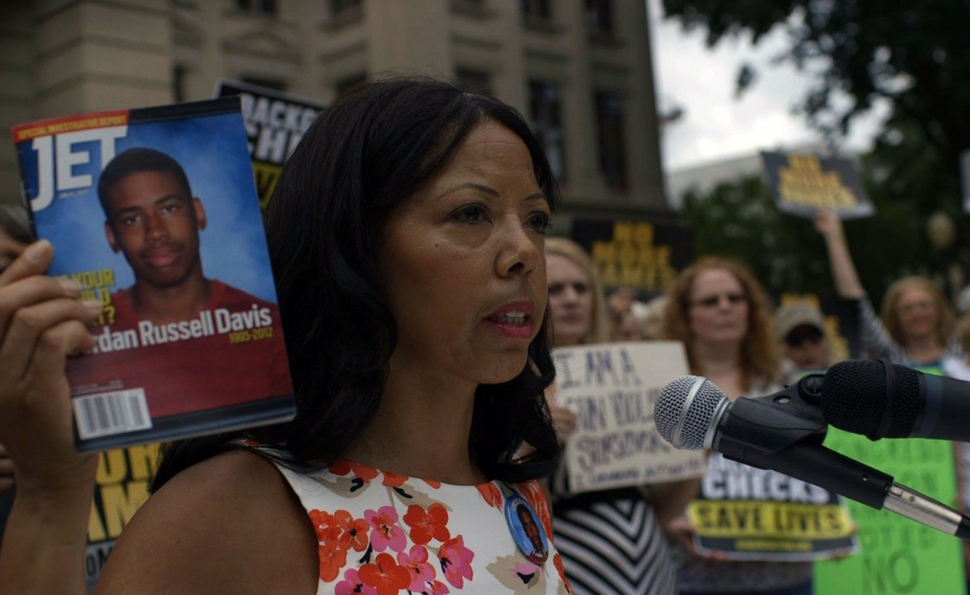 Given the massive sociopolitical significance of Trayvon Martin’s death at George Zimmerman’s hands, it’s surprising that there hasn’t yet been a notable documentary about the shooting. Sadly, dozens of similar tragedies have occurred since then, one of which has now inspired a doc that serves the same despairing function. 3½ Minutes, Ten Bullets examines the death of Jordan Davis, a black teenager who was shot multiple times in a car by white, middle-aged software engineer Michael Dunn, following a dispute about loud music in a gas station parking lot.

Because the incident took place in Jacksonville, Florida, where the same “stand your ground” law Zimmerman used as his defense also applies, Dunn’s trial hinged on whether he had a reasonable belief that his life was in danger, regardless of whether that belief was actually true. Cameras were allowed in the courtroom, and 3½ Minutes consists largely of trial footage, with director Marc Silver (Who Is Dayani Cristal?) and his editors, Emiliano Battista and Gideon Gold, providing a heavily condensed rundown that unmistakably suggests murder.

The film makes no pretense of objectivity whatsoever. Davis’ parents and friends are interviewed at length, whereas nobody speaks on behalf of Dunn, whose point of view is heard exclusively via phone calls he made from prison while awaiting trial. (Prisoners are aware that all their calls are recorded, and it often seems as if Dunn is performing for a large audience.) In another context, that might be more of a problem, but there really isn’t much question about Dunn’s guilt, even if there’s plenty of doubt regarding whether he’ll be convicted.

Clearly appalled by the “stand your ground” concept, 3½ Minutes employs an unusually artful style of advocacy, suggesting that privileging a defendant’s unknowable state of mind over almost everything else just might be a problem in a country where young black males are routinely perceived as dangerous. (Davis had no criminal record.) Silver depicts witness testimony in near-montage form throughout, cutting rapidly from one person to another on the stand to underscore various points and ideas. It’s manipulative, to be sure, but at least it’s openly manipulative—nobody who sees this film could imagine they’re being presented with both sides of the story.

Plus, it’s visually compelling, which automatically places 3½ Minutes a cut above most other documentaries that chronicle injustice. Even Silver’s talking-head footage is superbly composed—when he first talks to Davis’ parents, he shoots them at right angles to each other across a table rather than sitting side by side, which not only provides aesthetic balance, but makes emotional sense when it’s revealed that they divorced many years earlier. The movie’s only real drawback is that its singleminded approach sometimes omits crucial information. One of the most damning pieces of evidence against Dunn, for example, was his failure to call the police following the shooting—he drove back to his hotel (having been in Jacksonville that day to attend his son’s wedding) and ordered a pizza, as if the incident had never happened. The movie alludes to this, but vaguely, and it’s never made clear that Dunn was only apprehended because a witness reported his license plate. Not knowing whether he turned himself in muddies the waters.

In a way, the true hero of the film (and the trial) is Rhonda Rouer, Dunn’s fiancée at the time, who was buying a bottle of wine inside the gas station’s convenience store when the shooting occurred. Dunn’s justifiable-homicide defense hinged on his claim that he’d seen Davis poke some sort of weapon out of his window—either a shotgun barrel or a lead pipe. No such weapon was found, but the police didn’t search areas where it could theoretically have been dumped until several days later. Rouer, however, refused to support Dunn’s claim, under oath, that he’d told her about the weapon he’d seen. It would have been an easy lie to tell (though it’s possible that a statement she made to police could be used to impeach her in that case; the prosecution seems to know in advance that she won’t support him), but she doggedly sticks to the truth, even as her distressed, tearful answer to every question makes it clear that she knows her testimony makes the man she loves look guilty as hell. Admittedly, her own failure to call the police immediately was deplorable, but watching her abide by society’s rules during the trial, at the potential cost of her own happiness, when she could likely get away with not doing so, is simultaneously inspiring and heartbreaking. It’s nice to be reminded—especially in a sorrowful documentary like this one—that goodness and courage still exist.