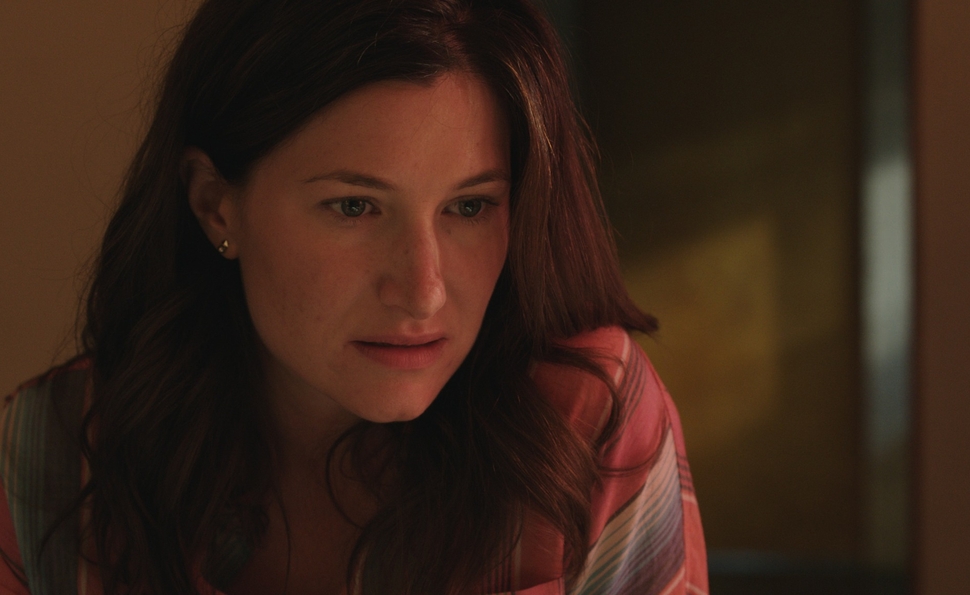 There’s a scene early on in Afternoon Delight where Rachel (Kathryn Hahn), a bored upper-middle-class mother from Silver Lake, pauses in the middle of a gripe session with her therapist (Jane Lynch) to note that she really shouldn’t complain. After all, she could be like the women in Darfur, walking 14 miles to get water for her family, getting raped on the way there, and on the way back, and perhaps a third time, if she spills the water. Her dark monologue is in keeping with the “edgy” comedy that’s ladled generously throughout the film, which has much of the smug irreverence that Soloway brought to the popular cable series Six Feet Under and United States Of Tara. But Rachel’s point is, in fact, true: She really doesn’t have much to complain about, yet the film is so geared toward solving her problems that it’s willing to sacrifice a stripper for the cause. No payment necessary for service rendered.

A supremely talented comic actress—she played Paul Rudd’s slick campaign manager during his run on Parks And Recreation, and appeared alongside Rudd in three different movies, including Our Idiot Brother and Wanderlust—Hahn plays Rachel with an earthy vulgarity that suits Soloway’s provocative dialogue. But she’s trapped in a scenario that stretches credulity to the breaking point and beyond, and has a way of making everyone seem less human. Afternoon Delight is one of those bad films that seem to drift further and further away from a recognizable reality the more we get to know it.

Looking to resuscitate a flatlining love life with her husband Jeff (Josh Radnor), an app designer glued to his smartphone, Rachel follows through on a friend’s advice to have a couples night at a strip club. During a private lap dance with spritely blonde sexpot McKenna (Juno Temple), Rachel is mysteriously drawn to the stripper and tracks her down the next morning. The two strike up a friendship, and Rachel invites McKenna to stay for a couple of days at her house with Jeff and their young son. A couple of days turns into an open-ended nanny job for McKenna, who informs Rachel that she is, in fact, a full-service sex worker, which makes her even more of a powder keg in a house of sexually desperate marrieds.

Soloway tries to take Afternoon Delight in startling directions, like a scene where McKenna takes Rachel along on a session with one of her regulars, or another where a drunk Rachel asks her wine-sipping social circle to speculate about their aborted children. Yet it keeps retreating to conventionality, especially once it becomes clear that McKenna exists for the sole purpose of putting a spark in Rachel and Jeff’s marriage. And because she doesn’t have a life independent of that purpose, she might as well be a ghost, ready to disappear into vapor the second Rachel and Jeff get their act together. It’s a bum fate for an actress as lively as Temple, who twists her character into a Pretty Woman-like mix of street experience and babe-in-the-woods naïveté, but gets nothing from it. She’s a pole-dancer for the soul, and when she’s done, it’s on to the next client.