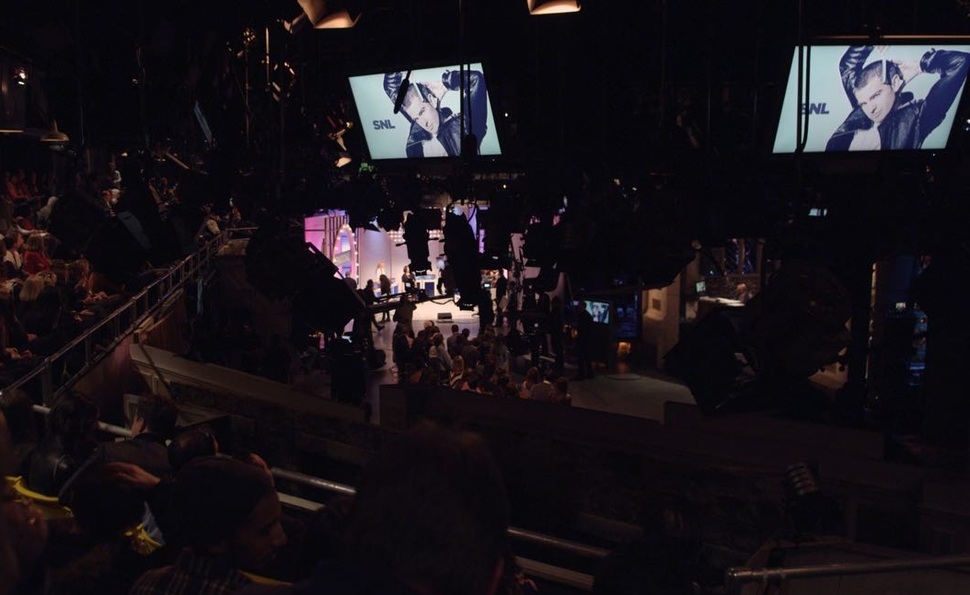 Saturday Night Live’s 40th anniversary show last February was a predictably bland assortment of clips, tributes, and awkward self-mythologizing, plus Eddie Murphy punking the audience by refusing to do anything more than show up and bask in applause. Made in much the same spirit, the documentary Live From New York! takes a sweeping but dully corporate view of the comedy institution, yielding almost nothing in the way of revelation or insight. It appears to have been designed for some hypothetical viewer who has never heard of SNL and is curious about why the show might be worth watching—the answer, as argued here, being “because it’s been around forever and each season takes the pulse of its times.” The latter hypothesis can be argued, but Live From New York! itself doesn’t have much of a pulse at all.

Attempting to cram four decades of history into just 82 minutes, the film skims lightly over various topics within a generally chronological framework. Its most compelling material comes early on, as it relates the oft-told story of SNL’s conception as something unprecedented on network television, summarized by one interviewee as a cross between 60 Minutes and Monty Python. Even here, the omissions are baffling: There’s no mention of The National Lampoon Radio Hour (which produced most of the original cast and several of the original writers), and the film doesn’t even show the famous wolverine sketch or relate how disorienting a cold open was back in 1975. Other subjects dealt with in passing include topical humor (with a subsection on impressions of sitting U.S. presidents), controversies (Andrew Dice Clay, Sinéad O’Connor vs. The Pope), the longstanding lack of diversity in the cast (sorry not sorry okay sorry), and the rise of the Internet (in which The Lonely Island practically gets credit for inventing YouTube). The most concentrated attention goes to SNL’s first show after 9/11—apparently, the episode gave America permission to laugh again. That should be news to David Letterman. And Jon Stewart. And America.

Live From New York! isn’t difficult to watch, by any means. Like the anniversary show, it features plenty of fun clips, and while director Bao Nguyen (whose background is primarily as a camera operator and D.P.) failed to land an interview with several of the most famous cast members—in addition to Eddie Murphy, both Bill Murray and Adam Sandler are M.I.A.—those who do show up are plenty engaging. (Julia Louis-Dreyfus, in particular, is winningly candid about her stint during what she accurately calls the show’s “anti-golden age.”) Still, given the wealth of possibilities, this doc’s superficial, exceedingly polite approach is a big disappointment. Even if Nguyen and/or the producers didn’t want to get into the tales of acrimony and drug abuse and general chaos recounted in Tom Shales and James Andrew Miller’s oral history (also called Live From New York, minus the hype of the exclamation point), the film could easily have been more than just a bloated DVD featurette. Brief, tantalizing glimpses of what goes on backstage, supplemented by equally brief interviews with set and costume designers, suggest that a three-hour Frederick Wiseman film called Saturday Night Live could be a real doozy. Somebody get him on the horn.