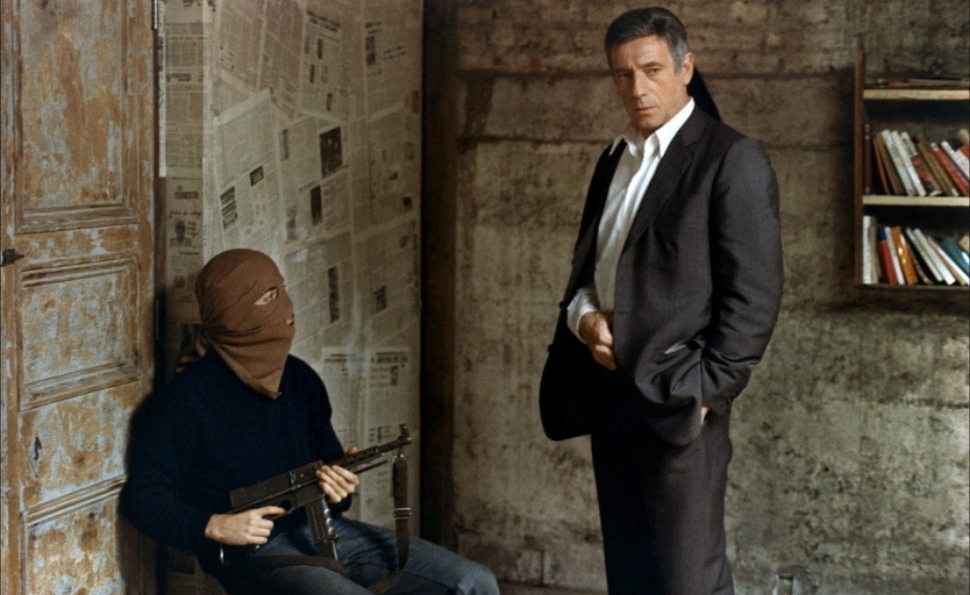 The Confession
State Of Siege

Costa-Gavras moved from his native Greece to France in 1951, and spent his 20s as an active participant in both leftist politics and the burgeoning cinephile culture that would inspire the French New Wave. When he started directing his own features in the mid-1960s, he emerged with a fully formed sensibility, drawing on his commitment to human rights and his passion for movies as both art and communication. Almost immediately, with his third film—1969’s Z—Costa-Gavras scored an Oscar-winning international hit, exposing the real-life abuses of Greece’s military dictatorship in the form of a lightly fictionalized, crowd-pleasing mystery/thriller. He then spent the 1970s spinning variations on Z, telling gripping, ripped-from-the-headlines stories about the state’s abuse of power around the world.

Costa-Gavras’ first post-Z film, 1970’s The Confession, exhibits signs of post-masterpiece fatigue, though it makes up for some of it with sheer gutsiness. While it was easy for the director’s left-leaning friends and fans to cheer Z’s depiction of courageous truth-seekers defying the armed thugs running their country, he stirred up controversy in Communist circles with The Confession, which was inspired by the case of Artur London, a Czech bureaucrat who in 1951 was arrested and tortured by the party he’d loyally served since the Spanish Civil War. The film paints the left as just as susceptible to mob rule and in-fighting as the right; and its hero, “A.L.” (played by Yves Montand) doesn’t stand firm for long before he starts capitulating to his government’s demands. By the end, he’s signing statements that twist even his most heroic acts—including working with the French resistance against the Nazis—as counter-revolutionary.

The main stumbling block with The Confession is that, unlike Z, this story doesn’t lend itself to action, suspense, or even much routine narrative tension. Early on, the minister is taken into custody, and for much of the next two hours of screen time (all more slowly paced and less incident-packed than Z), the movie shows how his will is broken through deprivation and exhaustion. Still, Montand gives a complex performance as a man who just wants his ordeal to be over, remaining convinced throughout that if he could talk to the right party officials, they’d clear everything up. And Costa-Gavras and screenwriter Jorge Semprún (adapting London’s memoir) break up the tedium of the torture by introducing flash-forwards halfway through the film, catching up with a freed A.L. in the late 1960s, where he recalls what happened to him with a bitter smirk. The scenes outside the prison provide a necessary historical context, especially when A.L.’s reflecting on the days when he and his comrades would take to the streets in the name of great causes, and then comparing that to the Soviet tanks rolling through Prague in 1968.

Montand reunited with Costa-Gavras two years later for his next film, State Of Siege, playing Philip Michael Santore, an American foreign-aid supervisor who gets kidnapped by South American guerillas. Costa-Gavras and co-screenwriter Franco Solinas (who also wrote The Battle Of Algiers) employ a complicated flashback structure, starting with Santore’s dead body, before cutting back to his abduction, and then using his interrogation as a way into an overview of just what exactly Santore had been up to before he was taken. State Of Siege is based on the story of Dan Mitrione, a U.S. diplomat who was kidnapped and killed in Uruguay in 1970, and was later accused of working with the CIA to teach the police how to torture dissidents. The core of the movie is the confrontation between Montand’s cool-headed Santore—who defends his job and his ideals—and his masked kidnapper, who gets frustrated that his prisoner isn’t more ashamed of himself.

Far livelier than The Confession and more sprawling than Z (sometimes to its detriment), State Of Siege moves quickly through a few years’ worth of one unnamed country’s history, examining the impact of American interventionism on both the government and the citizenry, and emphasizing what happens when outside agencies determine the winners and losers in local disputes. The film was criticized in some quarters for accusing the United States of covert activity that wouldn’t be officially exposed for years, but one of the main points of State Of Siege is that sometimes only bold, morally murky maneuvers can call attention to a larger problem. Some of the movie’s most viscerally shocking images show naked men being given electric jolts to their nipples, eyelids, and testicles, but even more deeply disturbing is a scene where the press tries to get the government to address the underlying motives for the kidnapping and a spokesperson scoffs, saying, “I don’t see how criminals have the slightest political impact.” Costa-Gavras’ work is driven by this maddening notion that nobody in power is accountable.

Both The Confession and State Of Siege stake out a political position, but neither is especially didactic. In Costa-Gavras’ cinema, the villains are mostly tools of corrupt institutions, while those on the right side of history make choices that may be defensible, but are hard to applaud. Costa-Gavras avoided using real names, but he did capture how it feels to live under martial law, and how even some committed populists will scrap their ideals to protect their comfort and privilege. These films are scrupulous documents of their times, tracking the outrage that bubbled up in the 20th century as communities around the world discovered that their democracies were a sham.

Criterion’s Blu-ray editions of these two films each contain recent, English-language interviews with Costa-Gavras, in which he shares anecdotes and memories from across his career, and reaffirms his belief that his primary obligation has always been to give audiences a good show. The Confession is loaded up with other new and vintage interviews, including an enlightening chat with Costa-Gavras’ longtime editor Françoise Bonnot, a 1970 conversation with Montand, and a 1981 panel featuring London and his wife. The Confession also includes a Chris Marker docu-essay shot on-set (where the outspoken revolutionary filmmaker had been invited in part to shield the film from Communist outcry), while State Of Siege includes a series of NBC News reports on the Mitrione abduction that illustrate just what Costa-Gavras was pushing against when it came to the media’s narrow perceptions of Central and South America.