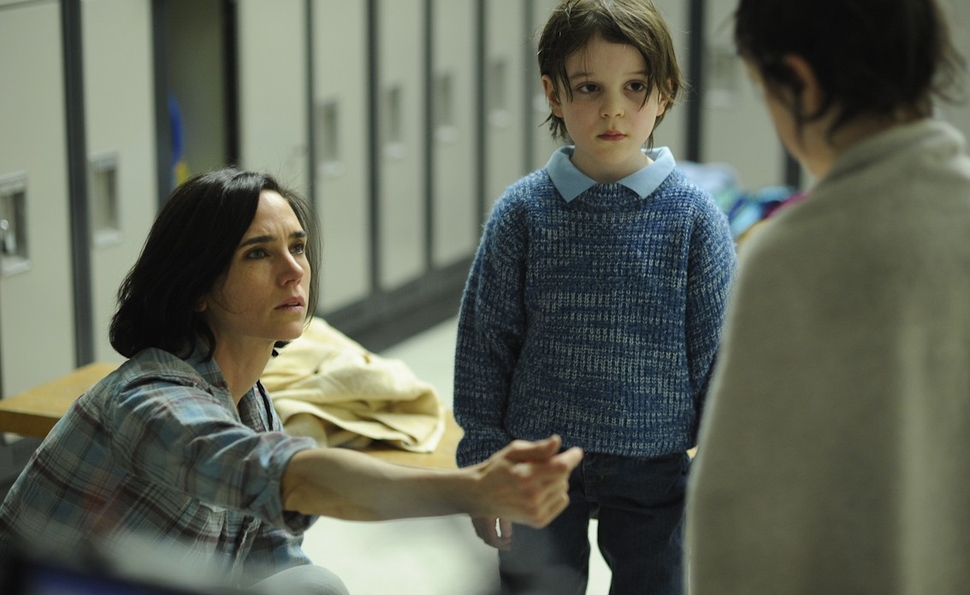 Withholding a crucial piece of information from the audience is a dangerous gambit, particularly when all the major characters on screen know that information and act on that information, but never actually vocalize it. Unless you’re Atom Egoyan and the name of your movie is Exotica, saving the backstory for a final-act revelation can come across as coy at best and needlessly long-winded at worst, like a flat punchline at the end of a feature-length joke. By not directly engaging with the core emotions of the story, writer-director Claudia Llosa (The Milk Of Sorrow) leans instead on that wispiest of aesthetic attributes, visual poetry, to carry Aloft over the swirling snow drifts of allegory, much like the trained falcon that delivers its symbolic payload. There are reasons why everyone on screen looks as unhappy as they do, but Llosa puts viewers in a place where they can’t understand precisely why, so the only choice is to sit there marinating in misery and boredom.

Cutting between two timelines separated by 20 years—timelines that finally merge in emotional catharsis—Aloft starts with Nana (Jennifer Connelly), a single mother  raising two boys, Ivan (Zen McGrath), a free-spirited kid with a passion for falconry, and Gully (Winta McGrath), who is beset by an unspecified terminal illness. With few medical options in a rural snowbound community, Nana turns to a traveling faith healer in search of a miracle cure, but a different kind of miracle occurs and Nana herself appears to have the touch—which changes the course of her life. 20 years later, Nana’s surviving son Ivan (now played by Cillian Murphy)—now a professional falconer with a wife (Oona Chaplin) and thoroughly depressing home of his own—gets a surprise visit from French documentarian Jannia (Mélanie Laurent), who wants to make a film about him. Maybe she thinks falconry is a fascinating, anachronistic art; maybe she has ulterior motives.

Llosa seems to be counting on Aloft’s enigmatic air to be compelling in and of itself, but in order for that to happen, either the style of the film has to be suggestive and beautiful (it isn’t), or the characters’ sorrow has to have a compelling allure (it doesn’t). Because otherwise, basic questions like, “What the hell is going on?” are followed by more damning ones like, “Why do we care?” and, “Why isn’t the big hand on this watch moving at all?” Connelly and Murphy are shown suffering and suffering and suffering without end, the latter quietly at first and then later in absurd heaves of snot and spittle. Llosa tries to get at themes of spirituality (and pseudo-spirituality), forgiveness, and reconciliation, but dances around them for so long that it’s impossible to get invested in the narrative by the time if finally straightens out. There’s no use speculating on whether Aloft would be improved by a less fussy approach—a story built on faith healing and falconry doesn’t suggest the strongest foundation—but Llosa simply doesn’t have the chops for abstraction. Hers is a poem without rhythm or reason.