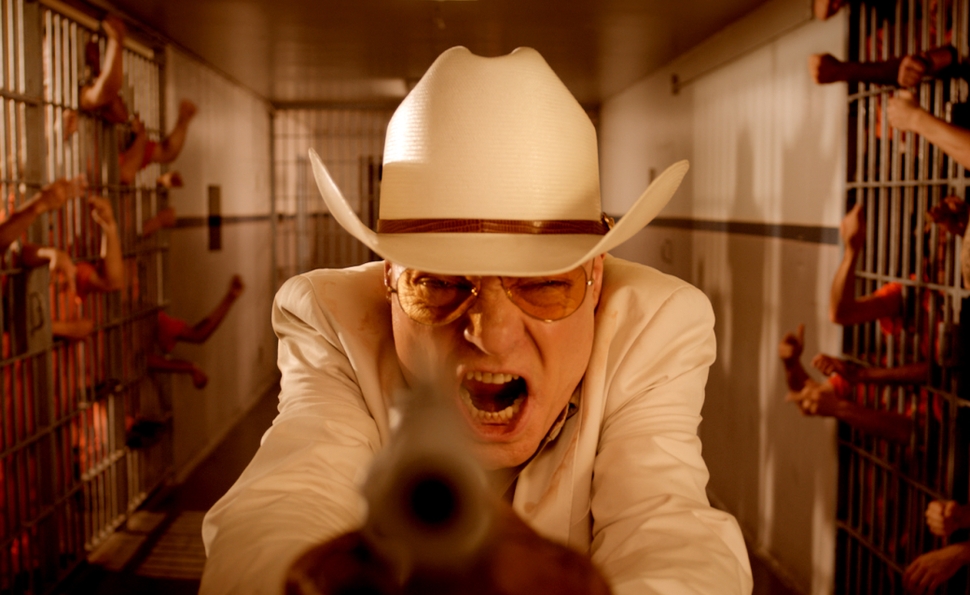 It’s only fitting that a series that began with the concept of linking the digestive tracts of three people would end by feasting on its own shit. The Human Centipede 3 (Final Sequence)—the last and worst of a trilogy that’s somehow declined precipitously from the original film—takes place in a world where The Human Centipede and The Human Centipede 2 are available on DVD, but stars Dieter Laser from the first and Laurence R. Harvey from the second, only not as the characters they played in those films. It makes no sense, but then, this isn’t exactly the Marvel Centipedic Universe; for writer-director Tom Six, self-mythology matters more than narrative mythology, and the third film exists primarily as a glib, referential monument to the whole stupid enterprise. What started as Six’s inept attempt to push the boundaries of extreme horror—“Sorry, buddy,” reply the French and the Japanese—has developed into a 4chan-level trolling exercise that’s sustained by curiosity-seekers and withering zero-star reviews from publications such as this one. If Six hasn’t already filed a 10,000-word essay in how he’s succeeded in turning horror fans and the press into human centipedes, surely one is in the works.

With The Human Centipede 2, Six entered the hall of mirrors, focusing on a sniveling degenerate (Harvey) inspired by the first film to create his own 12-person centipede—one including Ashlyn Yennie, the actress who played the back end of a three-person unit devised by Laser’s original mad scientist. Laser’s bizarre screen presence—imagine Christopher Walken as a gaunt, bald German community-theater understudy—was one of The Human Centipede’s sole redeeming facets, but Six makes his half-intelligible caterwauling the main attraction in chapter three. Laser plays Bill Boss, the warden at George H.W. Bush Prison, a maximum-security facility that has such a terrible reputation for violence that Governor Hughes (Eric Roberts, all but plugging his nose) pays Boss a visit. (Hughes’ fretting about prison violence potentially costing him re-election in Texas is even less believable than the 100 percent medical accuracy of sewing mouths to anuses.) Boss’ first solution is mass castration—which is good for him, too, because he likes human testicles cooked medium rare—but when that doesn’t work out, his accountant Dwight (Harvey) suggests he look to The Human Centipede and The Human Centipede 2, by visionary director Tom Six, for inspiration. “We don’t have to deal with their shit anymore,” pleads Dwight. “They just have to deal with each other’s.”

And now that the Human Centipede trilogy has crawled to the end, Six is #winning in the same way Sheen did, by setting up an embarrassing spectacle as a triumph. The maestro of bad taste, John Waters, once said that if people threw up during one of his movies, he considered it a standing ovation. Perhaps Six feels likewise, based on the evidence, but the underground spirit and fun that always buoyed Waters’ early work are completely absent in these films. They’re feel-bad experiences that have felt worse with each “sequence.” Give them no oxygen, and they’ll die.