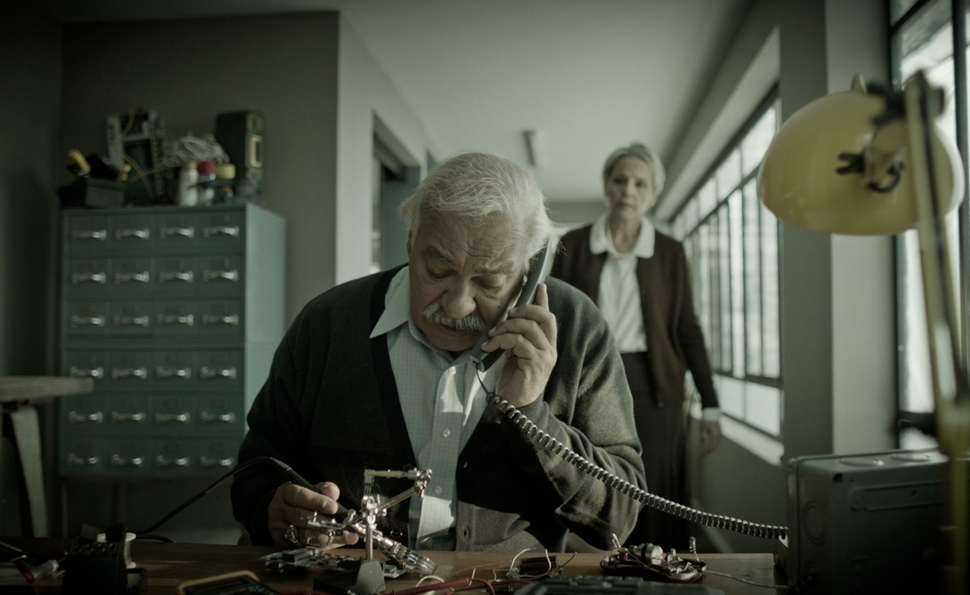 Euthanasia has come a long way in the movies. The recent documentary Forbidden Films recounted one of the first attempts to introduce the concept of assisted suicide to the public: the 1941 Nazi propaganda drama I Accuse, which went over like a lead balloon. Seventy-four years later, in the Israeli black comedy The Farewell Party, characters old enough to have been driven out of Europe by the Nazis conspire to help each other end their lives. And in Israel it’s a smash hit. Life’s funny that way.

The film’s deft, improbable balance of tone makes its success feel well-deserved. Not many directors could have pulled off the blend of somber reflection and gallows humor that Tal Granit and Sharon Maymon manage here, with a cast of characters consisting almost exclusively of seniors who care deeply about controlling their own fates. The Farewell Party feels fresh and rejuvenating, though it never stops thinking about death.

The film is primarily set in a Jerusalem retirement home, where Israeli seniors in various stages of health are constantly facing down the eternal question. Yehezkel (a deadpan Ze’ev Revach), an inventor of varying successes, has to look on as his friend Max (Shmuel Wolf) gradually succumbs to a terminal disease. Max’s wife Yana (Aliza Rosen), desperate to end his suffering, tries to enlist someone to covertly end his life instead. Not wanting anyone’s hands to get dirty, Yehezkel builds a better idea: a mercy-kill machine that lets patients administer the euthanasia dosage themselves. And in a bit of understated irony, he rigs the device to Max’s Sabbath timer.

The film’s position on Yehezkel’s actions is pretty clear, but Granit and Maymon still avoid the appearance of a tipped-scales morality play. Much of the narrative hinges on the hero’s wife, Levana (Levana Finkelstein), who voices her anger and opposition to the plan even as she begins suffering Alzheimer’s-like symptoms and comes to grips with her own mortality. In the meantime, word travels about the death machine, and another spouse in need blackmails the team. Together with Dr. Daniel (Ilan Dar), a goofy-grinned, closeted veterinarian, and his secret lover, the somewhat tight-lipped Raffi (Rafi Tabor), the group forms a sort of Dirty Dozen for the elderly, conducting their operations in secret to avoid the authorities. (They film the patients on camera expressing their intent, though this might not hold up in court.)

Perhaps the tone sounds crass, but it’s not. If anything, Yehezkel does so much hand-wringing over his decisions (the film’s favorite shot is Revach’s worried face in close-up) that the atmosphere feels too funereal. Against the muted color scheme and sterile interiors, the brief moments of broad comedy can feel more like manna in the desert than they probably should.

But when Granit and Maymon do allow wit to show, they manage a note of daring in their humor, a sense of pushing the topics of age and illness to some new frontiers. When Levana has a particularly humiliating and sobering episode, the group responds with an inspired bit of elderly nudity. Finkelstein, who somehow makes all the typical things Alzheimer’s patients in movies go through seem newly tragic, heads up a uniformly strong cast that helps keep the film’s emotions afloat. If there wasn’t much of a blueprint for Dr. Death humor before, The Farewell Party helps bring one to fruition.